Spiders of the family Archaeidae are also known as pelican spiders or assassin spiders. They really don’t look like any typical spider, and should be really high on any spider enthusiast’s must-see list.

Pelican spiders have a grotesquely elongated and tubular carapace that is slightly swollen at the apex, giving the appearance of a giraffe-like neck and head. From the “head”, it wraps around the chelicerae which are typically longer than its “neck”. This bizarre shape closely resembles a pelican, which of course resulted in the common name pelican spiders. These spiders are as small as a grain of rice, with the largest that I found having a body length of less than 1cm.

To top it off, Archaeids are arachnophagous – which means that they prey exclusively on spiders – hence the common name assassin spiders. They do not build webs, but make use of their modified carapace and chelicerae to hunt and grapple spiders from a distance, akin to wielding a long spear.

Originally described from 40 million-year-old amber fossils in Europe in the 1840s, the first living spiders were only found in 1881. For over a century, live spiders from this family were known to be endemic to Madagascar until more were discovered and described from South Africa and parts of Australia in the 1980s. The only two recorded genera of archaeids in Madagascar are Eriauchenius (2 to 4 apical spines) and Madagascarchaea (6 apical spines).

Within Eriauchenius are two groups. The “workmani group” is recognised by the triangular abdomen with a posterior tubercle on its dorsum, while those in the “bourgini group” have a round abdomen. With that, it looked like all the archaeids that I’d encountered belonged to the “workmani group”.

Special thanks to Serge Pasquasy for pointing me to the areas with sightings of these spiders, and Patrick Andriamihaja for arranging the trip! Many thanks also to our macro-crazy group who extended their trip from BugShot Mozambique to join me in this expedition, as well as Mok and Cham who flew in all the way from Singapore to join us!

You may engage Patrick as your fixer for any nature-centric trip to Madagascar. The local guides desperately need their income even more than before with the sharp drop in tourism due to COVID-19. 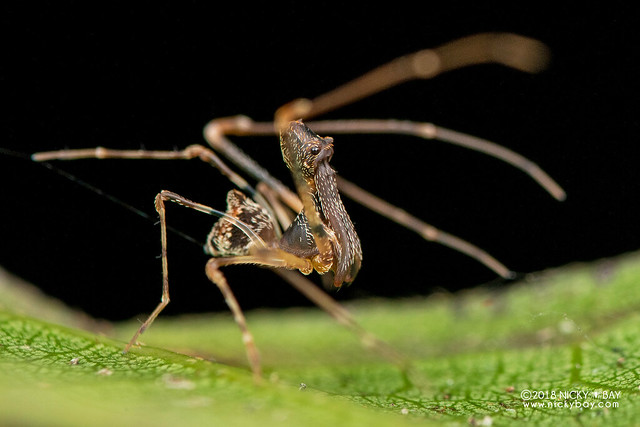 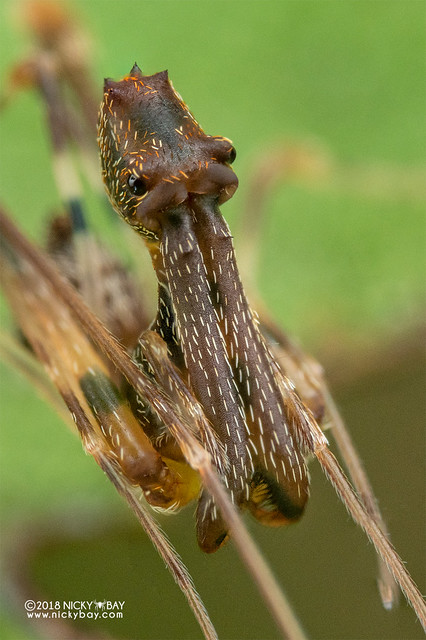 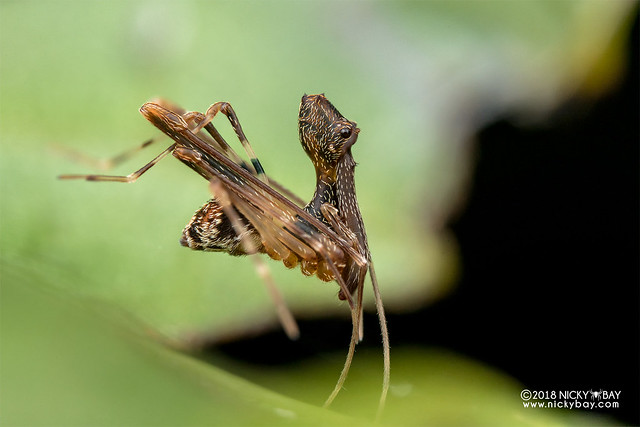 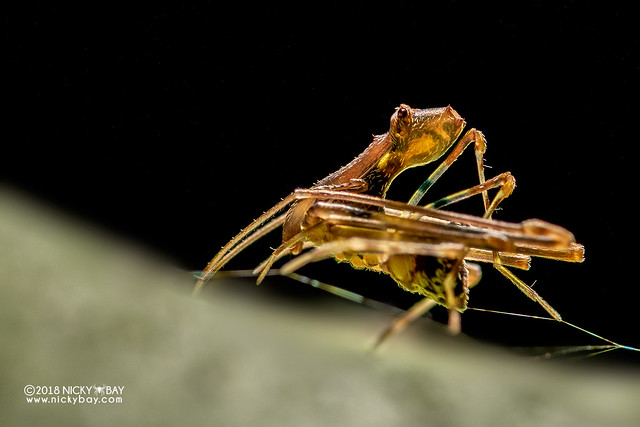 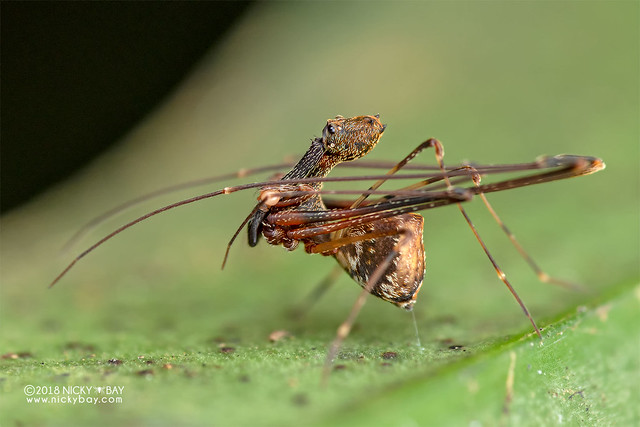 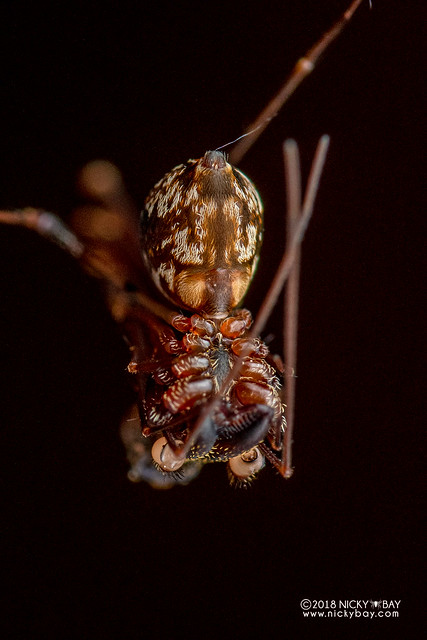 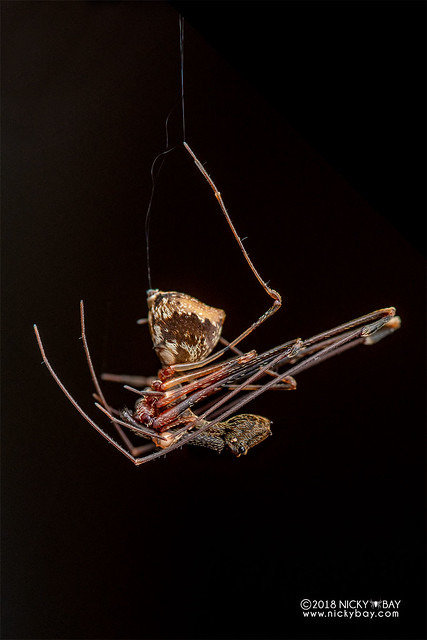 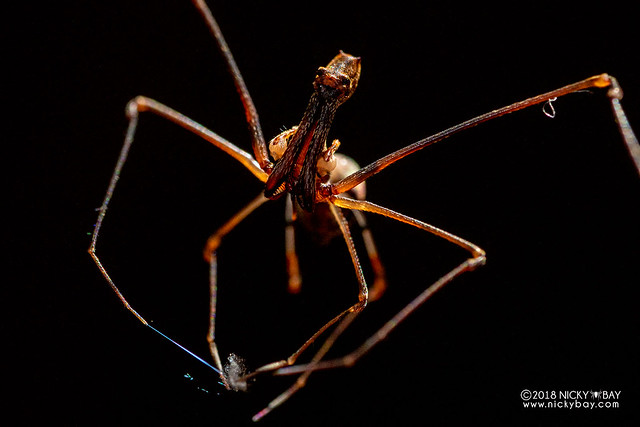 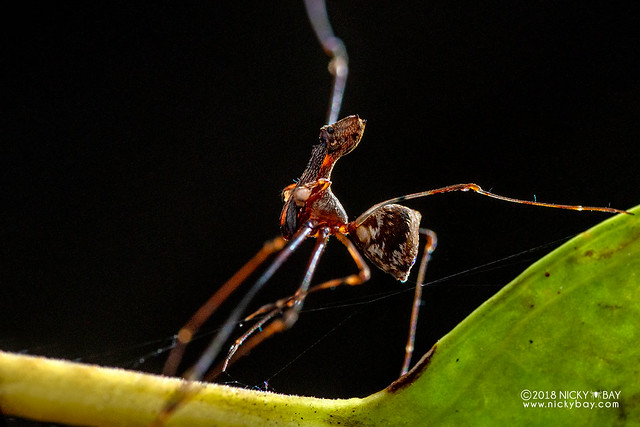 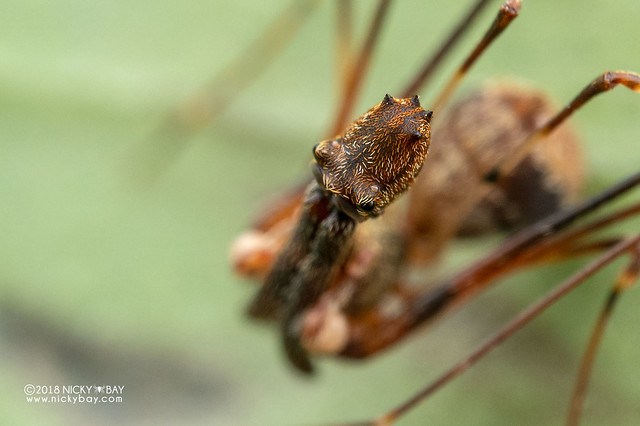 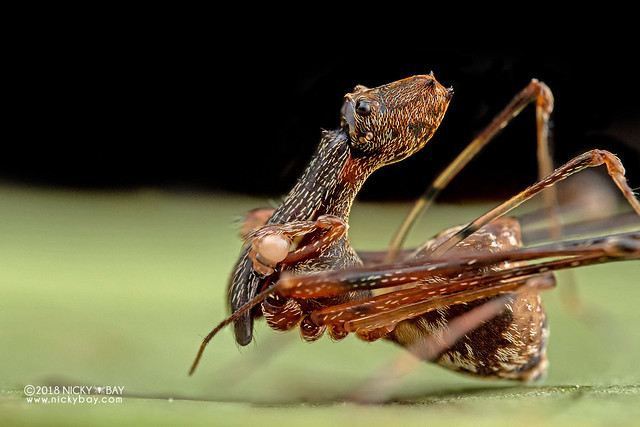 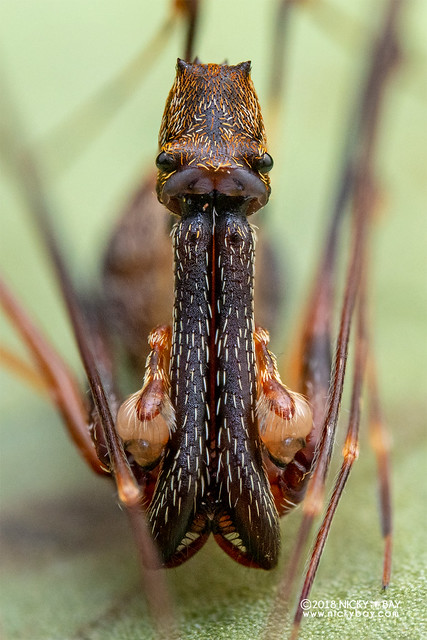 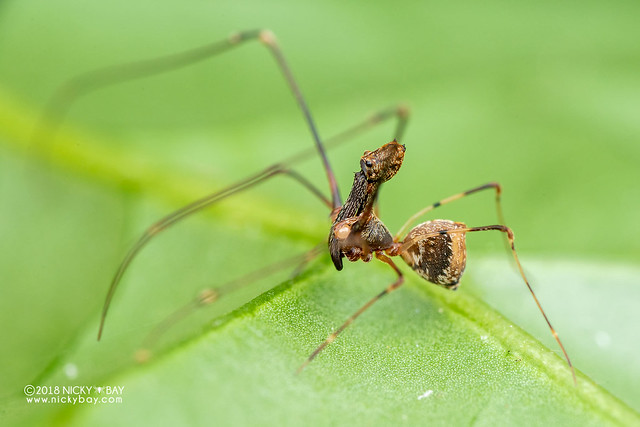 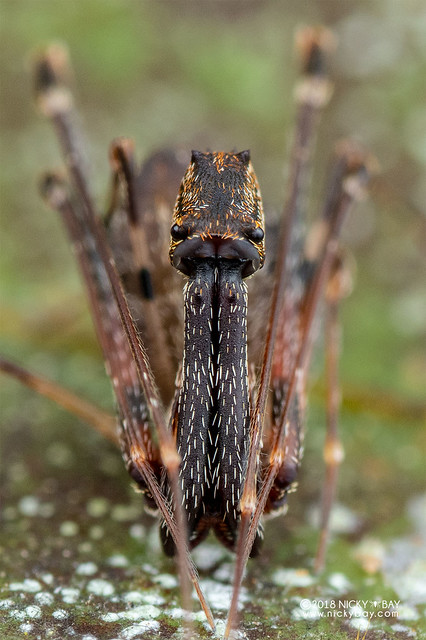 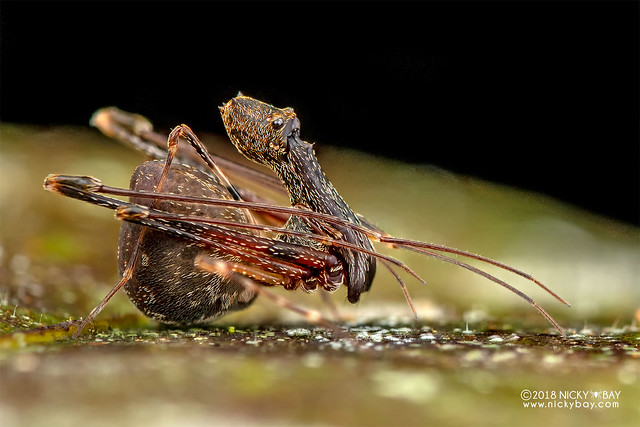 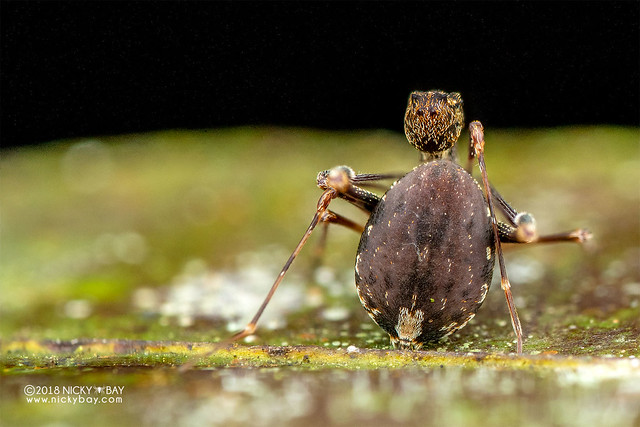 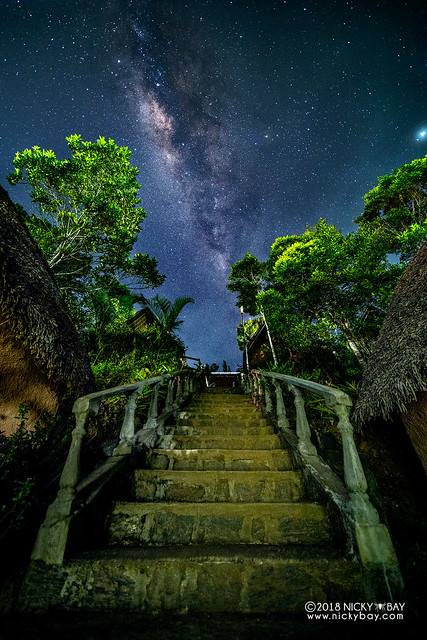 My complete Archaeidae album can be viewed here on Flickr.

If you liked this series, do check out my Spiders of Madagascar checklist where I documented 23 families of spiders from my short trip to Madagascar. With the help of Patrick, I have also put together a little checklist of the Chameleons of Madagascar.