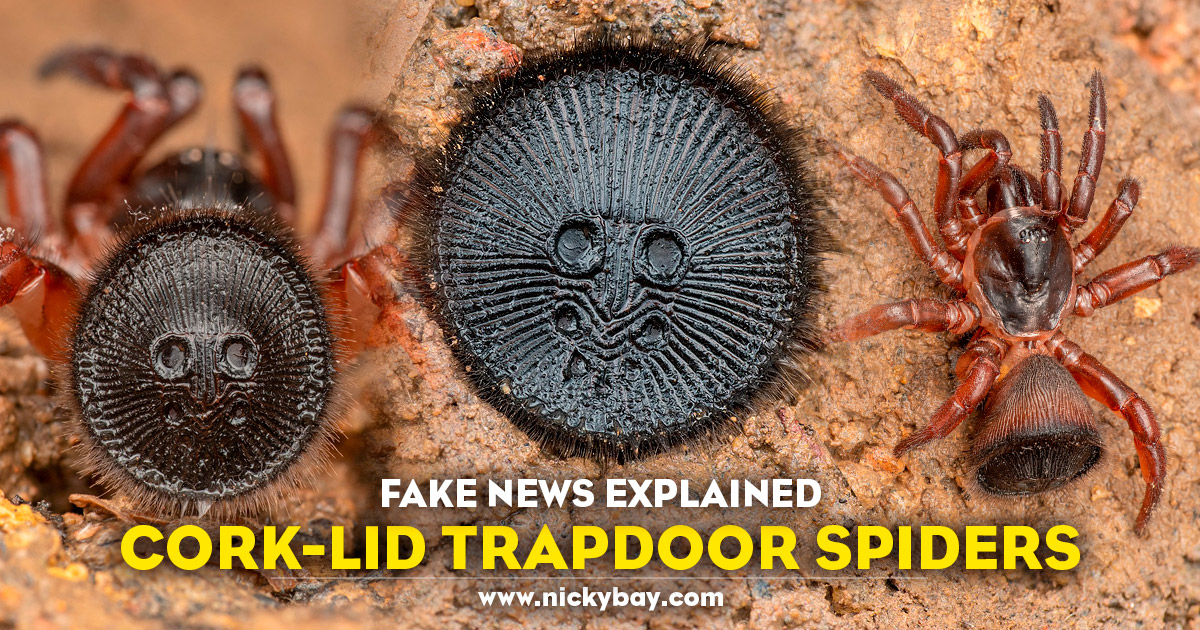 My photos of the Cork-Lid Trapdoor Spider have been making their rounds on the internet again this month with yet another entirely untrue caption claiming that the spider kills you within 5 minutes. This post is to address and debunk the nonsensical captions and to share the actual beauty of the spider without using fake captions to spread the irrational fear of spiders.

I have had a set of photos of the exquisite Cork-Lid Trapdoor Spider (Genus Cyclocosmia) from Thailand in my Flickr albums since 2018, but have never published them on my blog as it was documented in captivity and I usually prefer to blog about wildlife sightings. This spider has many common names, ranging from Cork-Lid Spider, Oreo Spider, Butt-Plug Spider, Manhole Cover Spider, Button Spider, Butt-Door Spider, Aztec or Inca Coin Spider, Happy-Bum Spider, and possibly many more.

The recent form of the fake captions went like this. 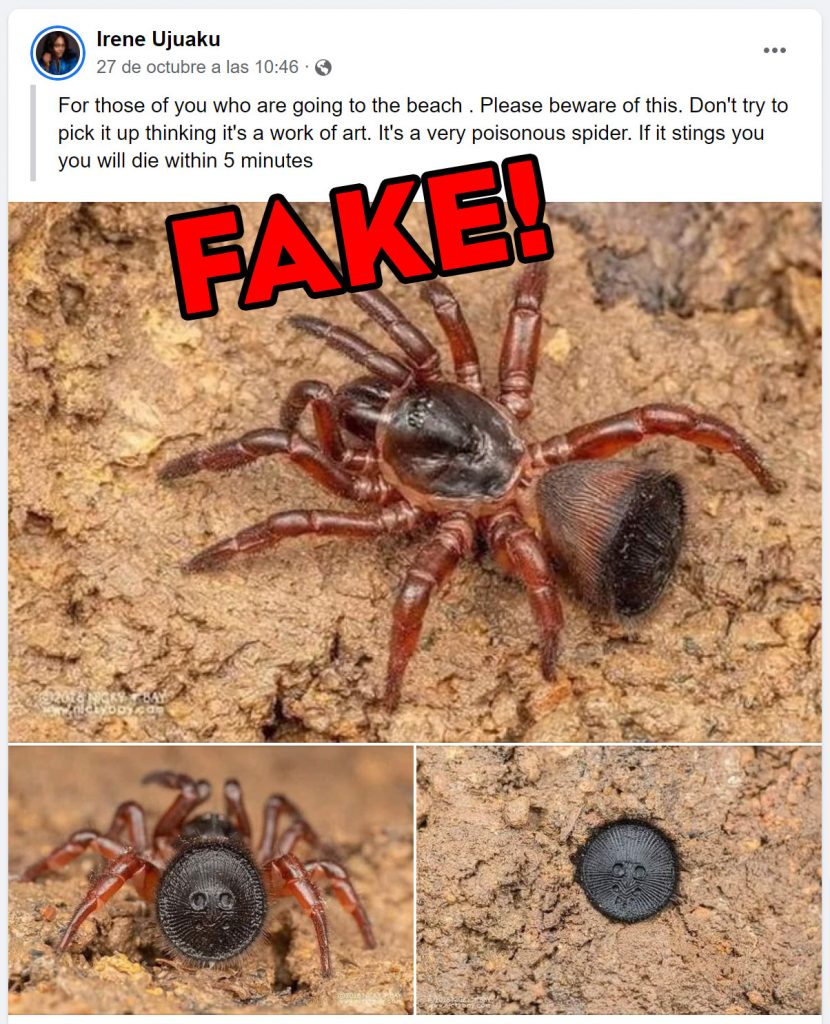 And here’s the made-up caption that stirred up over 100k shares on Facebook.

For those of you who are going to the beach. Please beware of this. Don’t try to pick it up thinking it’s a work of art. It’s a very poisonous spider. If it stings you you will die within 5 minutes.

With the incorrect points out of the way, let’s look at the photos and the spider’s interesting facts. 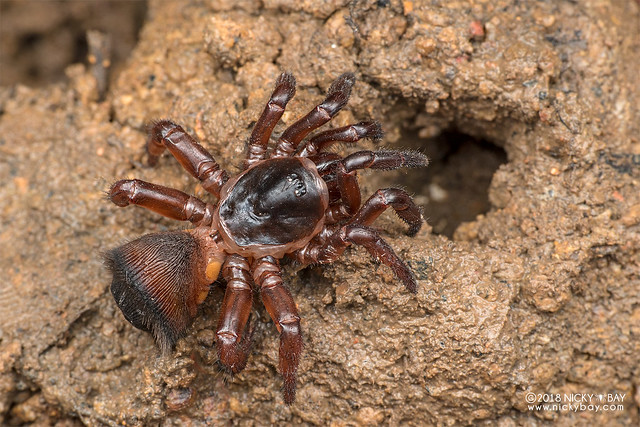 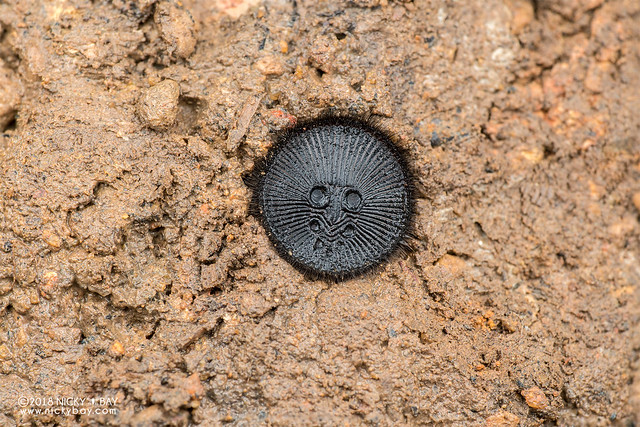 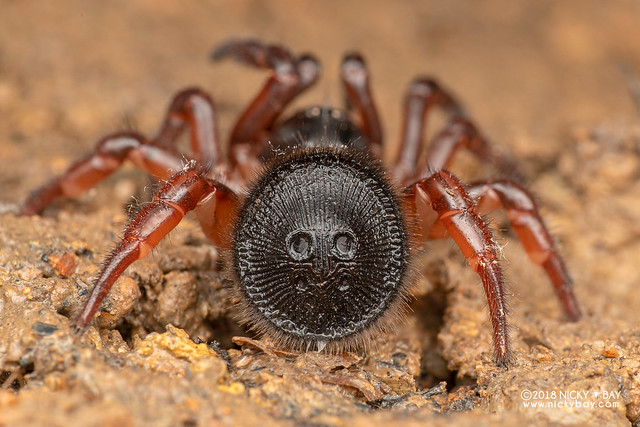 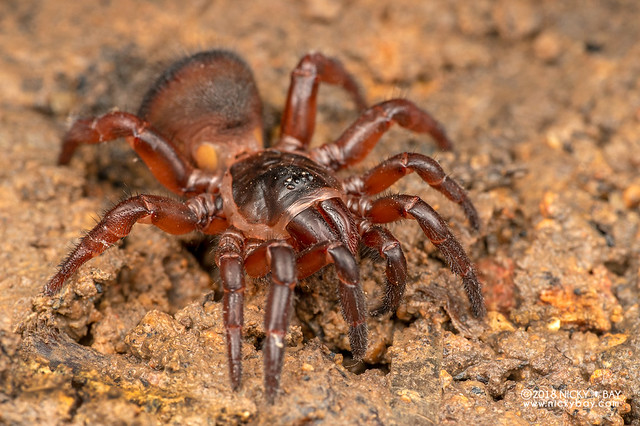 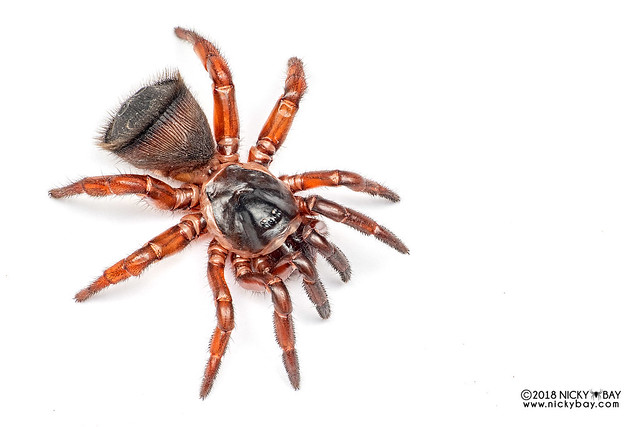 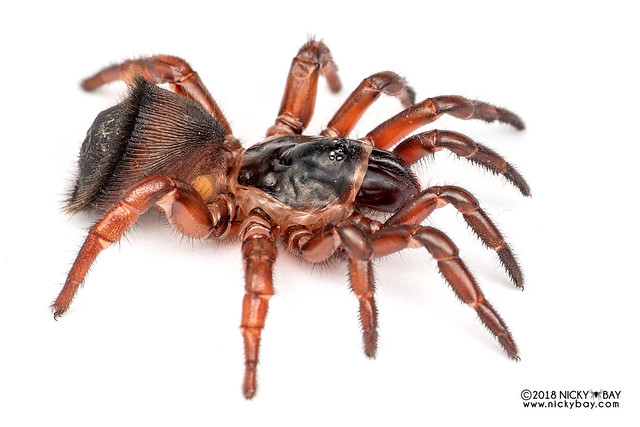 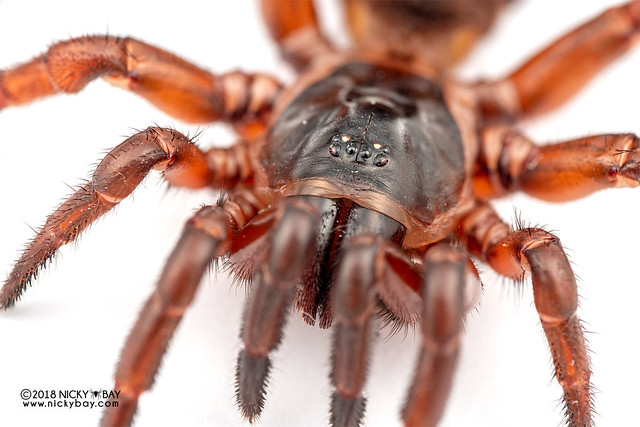 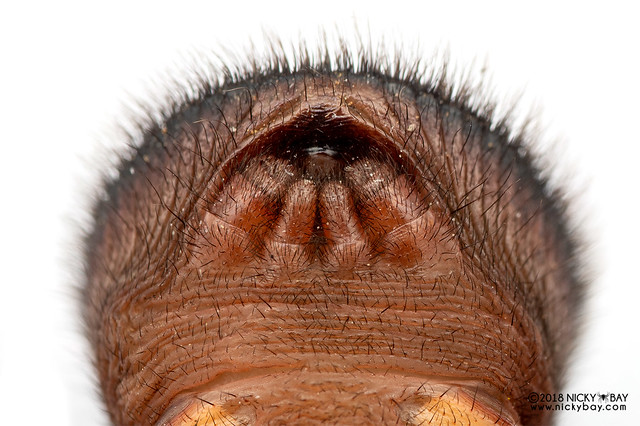 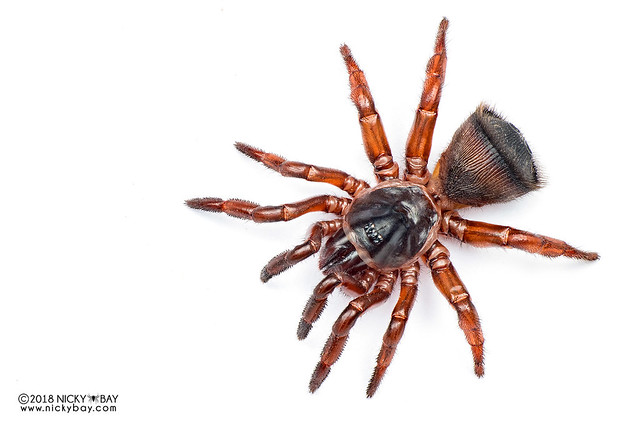 This case of stolen photos with fake captions wasn’t the first. It wasn’t even the first for this set of photos — a different but similar story also went viral with Russian and Arabic versions going around.

If you see others sharing the same set of photos with misleading fear-mongering captions again, please direct them to this post.

I hope with this post, the myths can be dispelled and we can go back to loving spiders. 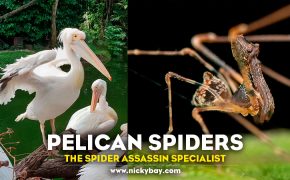