The Meike MK-MT24 Wireless Macro Twin Flash was first announced in December 2017 and available for sale in January 2018. Its first launch is available only for Nikon DSLR cameras with a hotshoe, while versions for Canon DSLRs would be available in April 2018, and Sony FE in May 2018.

Like the Nikon R1C1, the Meike MK-MT24 consists of a commander (MK-GT620) and two small flashes (MK-R200) that can only be triggered wirelessly. Everything currently comes as a set, but the commander and flashes can be also purchased individually.

This review was written over the span of a month where I took over 1200 shots in the field. If you find any points missing, please feel free to let me know via the comments below. 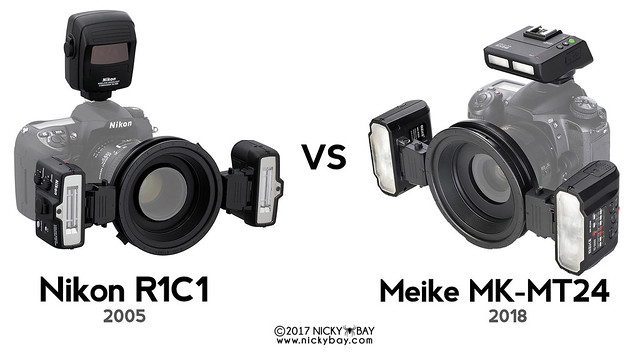 This macro twin flash system is obviously designed based on the Nikon R1C1 so a huge focus of this review would be based on comparisons between these two flash systems. Ironically, the model number “MK-MT24” mimics the Canon MT-24EX twin flash system but has got nothing to do with it.

This review will focus on several important factors that will affect the usability of a wireless twin flash system for macro photography in the field.

Many other macro flash systems exist. Some are wireless, while some come with cables or flexible arms. The main reason for my choice of wireless systems is in the flexibility of positioning the flash. I often place the flashes over a meter away from the camera — something that is not possible with the Canon MT-24EX nor Kuangren KX-800 for example.

I like the option of adding more flashes as and when required. Sometimes I carry up to 5 flashes (for various purposes), all handheld and easily controlled.

Should one component fail in a wireless flash system, I can easily get replacements at a much cheaper price without having to replace the entire set. They can also be easily replaced with spares if any unit fails in the field.

The launch of this flash might have been timely with Nikon’s latest bodies D850 and D500 opting to exclude the onboard flash in its designs. Many photographers rely on the onboard flash to trigger their SB-R200s to save on cost and weight. With these new camera bodies, they would need to purchase the Nikon SU800 commander (US$249) which costs almost as much as the entire Meike MK-MT24 set (US$299). It makes this new flash system a very viable option for light-weight wireless flashes.

Prices were obtained from nikonusa.com and Meike in January 2018. The Meike MK-MT24 is less than half the price of the Nikon R1C1, so the main question on everyone’s minds is… does it compromise on anything to be that affordable?

The Meike MK-MT24 uses Radio Frequency (RF), while the Nikon R1C1 uses Infra-Red (IR). The biggest difference between the two is that RF does not require line-of-sight but IR needs the flash sensor to be reachable by the commander. I have encountered many situations where my SB-R200s refused to fire because the IR sensors were blocked, so the use of RF is a huge improvement for me. The RF signal is specified to be stable within 15m at any angle and position, and over 100m in an open environment.

The MK-R200 can be set to optical trigger slave mode, which allows it to be triggered by any flash. This is useful when sharing the flash with friends who are using other flash systems. 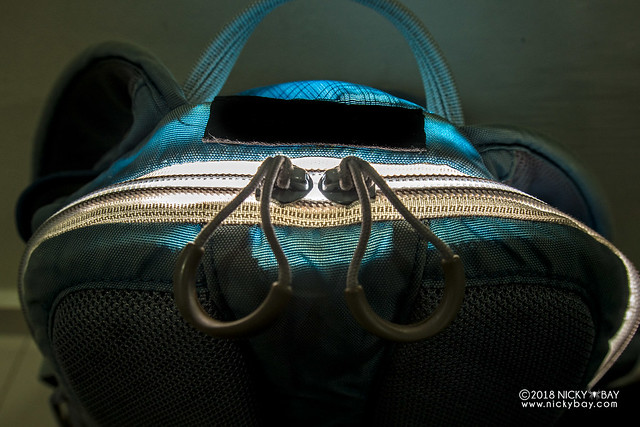 The MK-R200 can be triggered without a line-of-sight and even from inside a bag!

Interestingly, both the MK-R200 and MK-GT620 come with micro-USB sockets for battery charging and firmware updates. Useful when you have lots of USB chargers but not enough battery chargers. 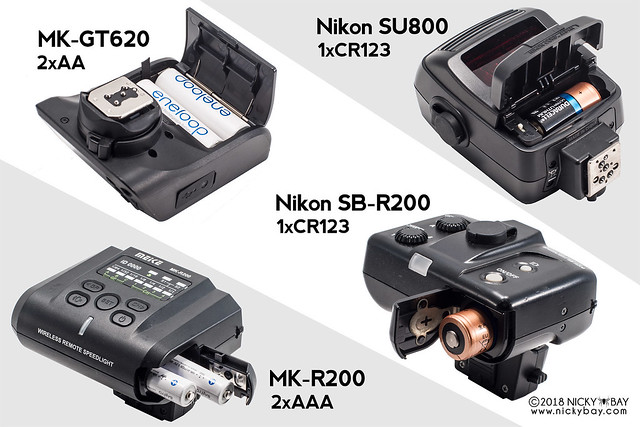 The next question would be on the number of shots possible with a set of fully charged batteries. I don’t have accurate reports on this, but I have tried slightly over 400 shots at 1/4 power on the Meike MK-MT24 before I had to change my Eneloop AAA batteries.

The weight differences between the 2 systems are minimal with the Meike MK-MT24 weighing a total of 408g, about 38g (~10%) lighter than Nikon R1C1 which weighs about 446g. 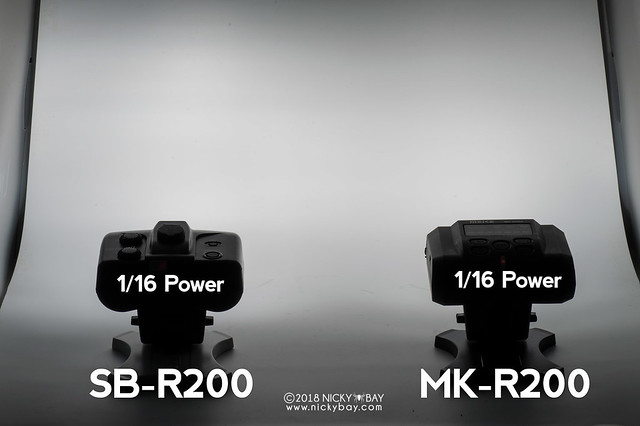 Fired both flashes at identical power settings with close to identical results.

The Meike MK-GT620 commander has an additional focal length setting from 18mm to 200mm, which I find to have no difference in the flash beam angle when I changed these settings.

Based on specifications, the Nikon SB-R200 recycle time is 6s at full power, while the Meike MK-R200’s recycle time is 4s at full power. In terms of its behavior when the flash is recycling, the R1C1 stops the camera from taking the shot while the MK-MT24 would continue to take the shot without the flash firing. I would personally prefer to have the camera wait for the flash to recycle rather than firing blanks, but it isn’t too big a deal.

Both flash systems allow configurations for 4 channels and 3 groups. Both the commander and flashes must be set on the same channel, and different flash powers can be set for up to 3 different groups of flashes. This is completely identical to Nikon’s Creative Lighting System (CLS).

Neither flash systems specify any form of weather sealing, but I suspect that the Nikon R1C1 has a slight upper hand as all sockets are well covered but the MK-R200 has an exposed USB socket for battery charging! However, these sockets can be covered easily with cheap silicone micro-USB plugs/covers.

I personally do not use TTL for macro work, but for the sake of this review, I have attempted several shots with the Meike flash set to TTL mode at different aperture settings, and the results were very accurate and consistent. I’ve also noted that the light colours from both systems had no visible differences.

The built-in focus lights of the Nikon SB-R200 were notoriously narrow and dim, making it essentially useless. The Meike MK-R200 on the other hand has 3 LEDs which are much brighter. The MK-GT620 commander also comes with 4 LEDs which are pretty bright.

However, that had been let down by some poor design decisions. The LEDs on the flashes can only be switched on by holding onto the bulb button on the commander for 2s. The LEDs would only be activated for 15s before they switched off automatically. That really doesn’t work in the field if I needed an extra hand to switch the lights on once in every 15s! On top of that, I could not figure out what the commander’s LEDs were for as I could not fire the flash when those LEDs were on. It was a pity as those LEDs are much stronger! 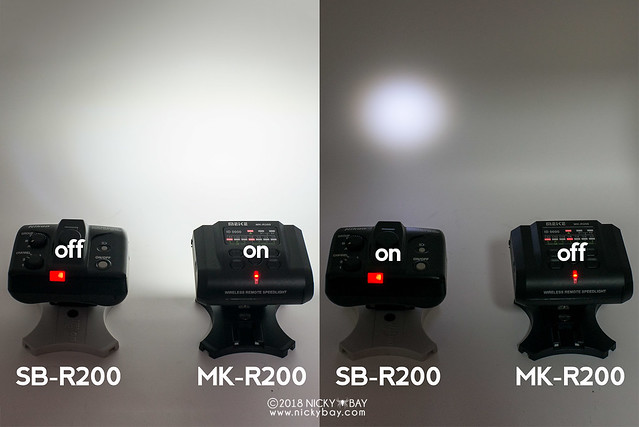 On this point, they should have taken the cue from the Canon MT-24EX and activated the focusing lights using a double half-press of the shutter button. To take it further, have an option to deactivate the LEDs momentarily when the shot is being taken so that the focus LEDs would not appear in any highlights. That would have been perfect!

Both flash systems have identical clip-mounts which were designed to be mounted onto the chunky ring which was to be screwed in front of the lens. I would not recommend using the ring mount as it is too big and protruding, making it impossible to diffuse and light up subjects at high magnifications. Instead, mount the flashes on articulating flash arms which can elevate the flash a distance away from the subject so that proper light diffusion is possible. I have been using the FotoPro DMM-903s Macro Flash Arms to mount my flashes for the past 2 years.

Other ring mounts like Canon MT-24EX and Olympus STF-8 were a tad better because these 2 ring mounts had cold shoe mounts positioned before the lens filter thread. This allows the flashes to be positioned further away from the subject for better light diffusion. They were also significantly smaller, reducing the chances of knocking on the foliage when approaching subjects. In any case, I like the flexibility of adjusting the flash position as and when required so the FotoPro DMM-903s was perfect for me.

The Meike flash system did have a slight improvement on the mount by providing a tiny adapter to a female screw thread and cold shoe mount. This was much better than the flash stand that comes with the Nikon SB-R200.

The flashes for both systems look identical externally but I really prefer the buttons of the Meike MK-R200 as opposed to the physical dials of the Nikon SB-R200. This is because I had accidentally rubbed against the dials on numerous occasions and had changed the channels unintentionally, leading to some missed shots.

Nikon has a distinct advantage of allowing certain camera bodies to trigger the flashes wirelessly with just the onboard flash, doing away with the commander altogether.

I have not used any of the accessories that came with the system and can’t comment much about them. The list of accessories is readily available in online shop listings.

I actually had the MK-MT24 for over a month before I published this review and brought it out on a couple of field trips to get a better feel of how well it works in the field. Here are some sample photos shot using the wireless flash system. 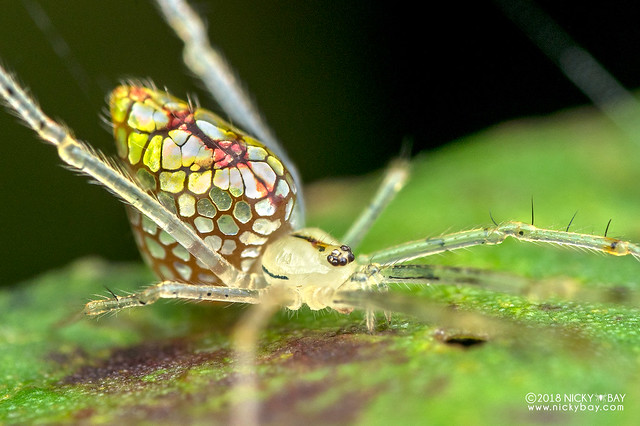 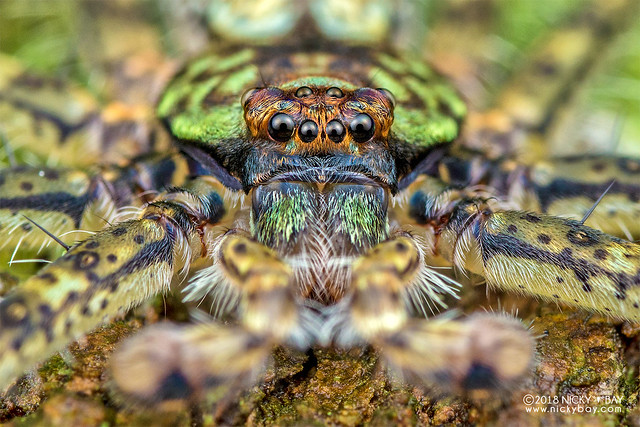 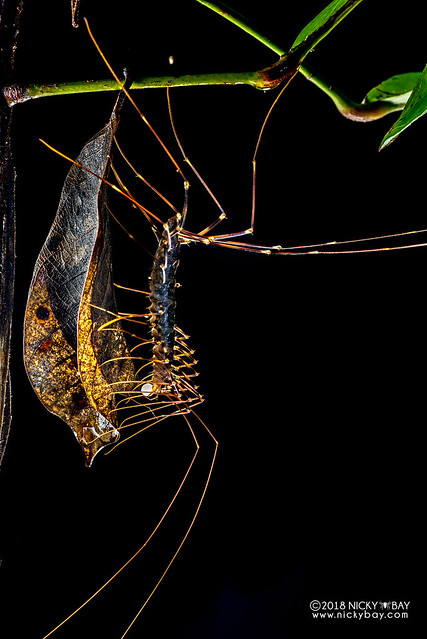 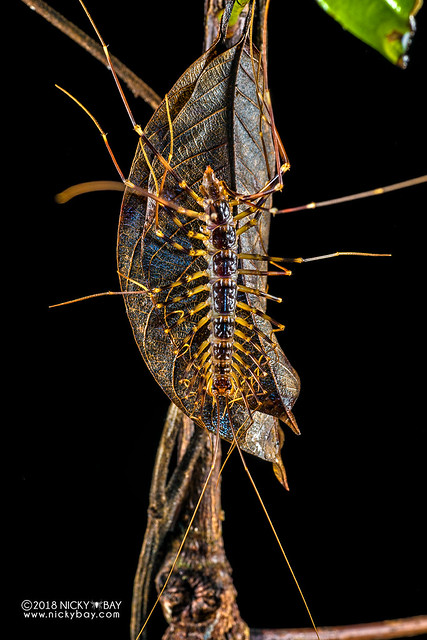 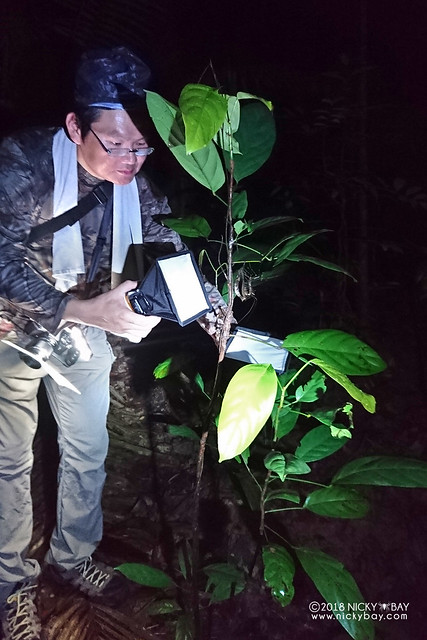 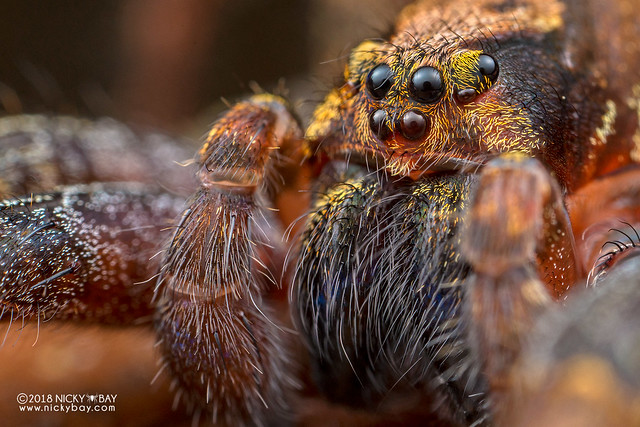 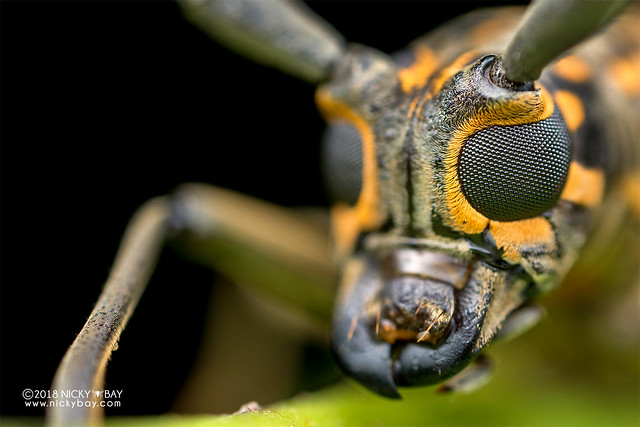 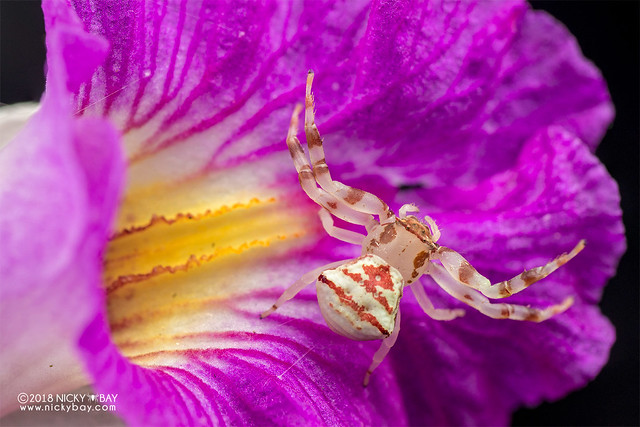 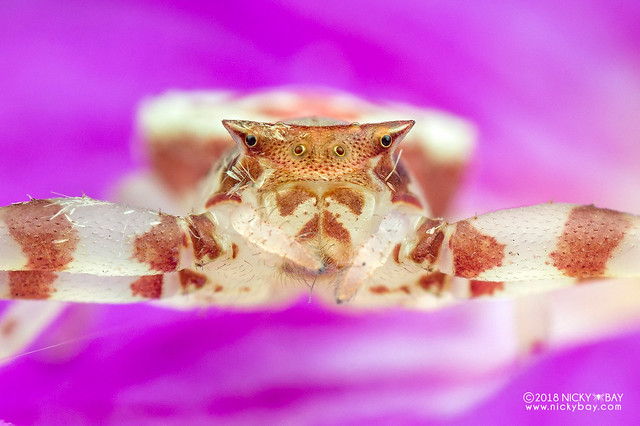 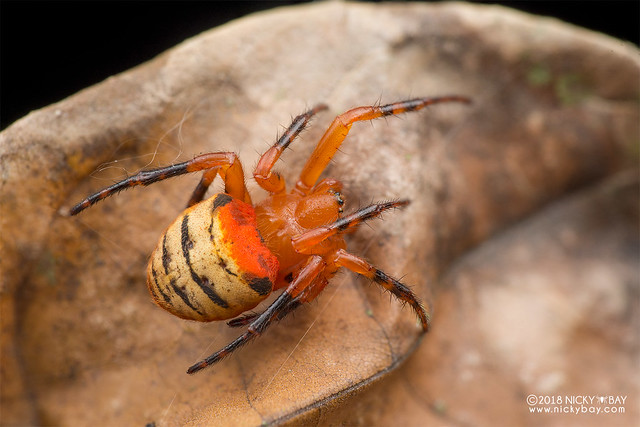 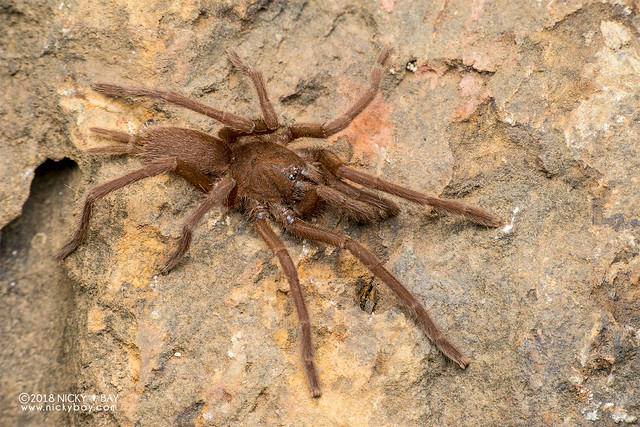 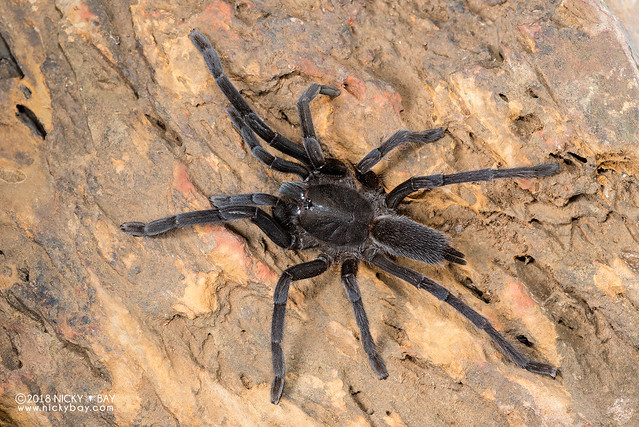 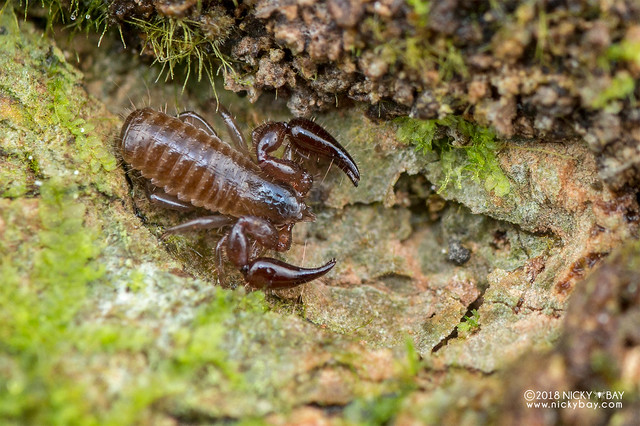 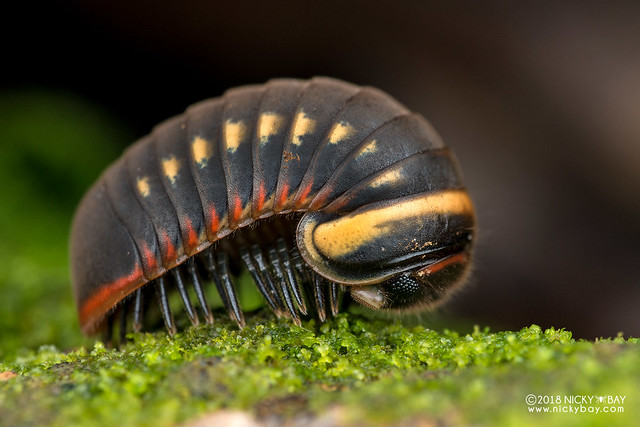 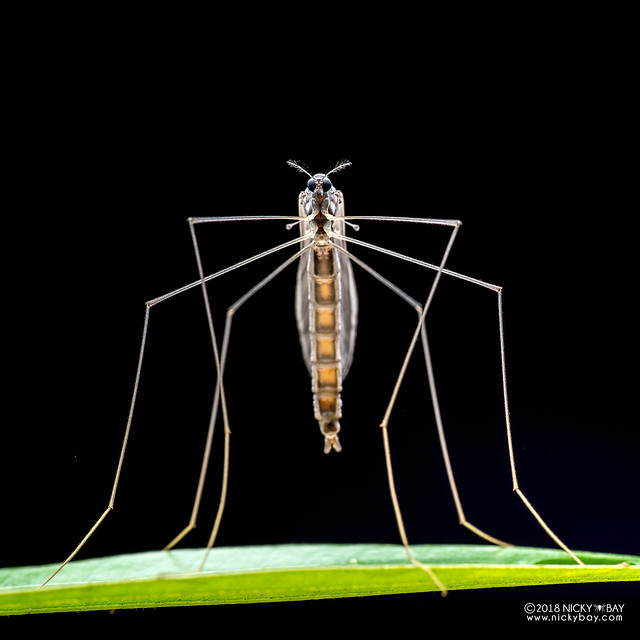 Here is a summary of the points described above with the inclusion of the popular Canon MT-24EX.

For macro photographers who already own the Nikon R1C1, there isn’t any real need to invest in a new flash system unless you need the RF signal or are sick of using CR123s.

Other notable twin flash systems not mentioned here include the Olympus STF-8 for M4/3 systems, Kuangren KX-800, Yongnuo YN-24EX and the relatively new Canon MT-26 EX RT. I have done a comparison of most of these flashes in the Olympus STF-8 Macro Twin Flash Review.

The long-term reliability and durability of the flash remains to be proven but based on its features and initial tests, the Meike MK-MT24 is the perfect choice for macro photographers who do not own any wireless twin flash system — I’ve already ordered 5 sets of the MK-R200s myself for some creative lighting work! I would also strongly recommend to use this together with flash arms such as the FotoPro DMM-903s for best lighting effects — please do not use the default ring mount as it would be very difficult to diffuse your lighting with it.

You can purchase the Meike MK-MT24 on Amazon, eBay and AliExpress with variable stock status. But if you do not want the ring mounts and other accessories, get them at MacroDojo.com (it helps me a great deal if you buy from here). It is the only place where you can order the MK-R200 flash and MK-GT620 commander separately.