Bugs with Transparent or Translucent Bodies

By
Nicky Bay
on
Once in a while, we come across bugs which allow light to pass through their bodies. Some are naturally translucent, while some appear to have a bubble of air trapped in their bodies, making them appear transparent in those parts.

The following information and some of the IDs have been kindly contributed by David Court.

I had wondered why certain bugs had air bubbles in their bodies. They were significantly large with respect to their bodies and did not appear to be of any use to them, unlike what nature usually did. Some possible theories…

1) Molting fault
When separating the new exoskeleton from the old, some bugs might need to expand their bodies to push out of their old exoskeleton. In doing so, some might pump up an air bubble in their bodies. Perhaps after doing so, these bugs failed to release the trapped air and lived on with the anomaly?

2) Infection
Maybe an infection by bacteria, fungus or worms?

This night at Mandai Track 15. I found a Golden comb-footed spider with a see-through abdomen – quite a sight! 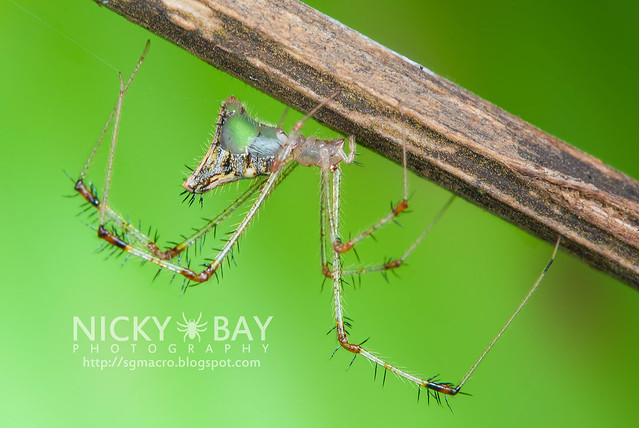 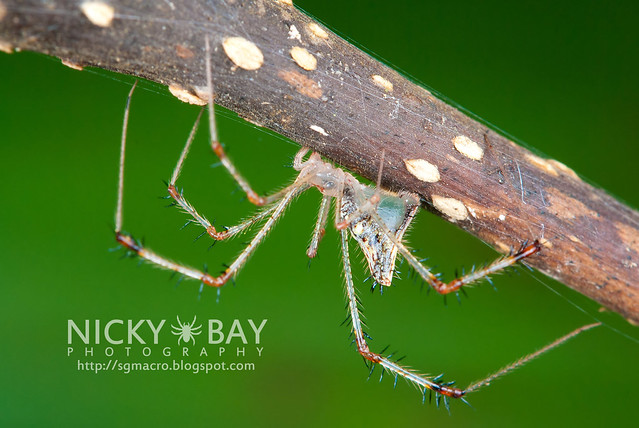 #2 When the flash was too harsh, the bubble was not as visible. This spider has distinct red-coloured joints at its legs 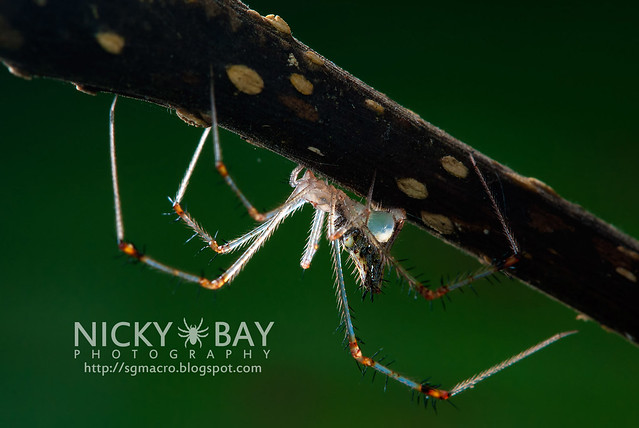 #3 Trying to see through with a back-light 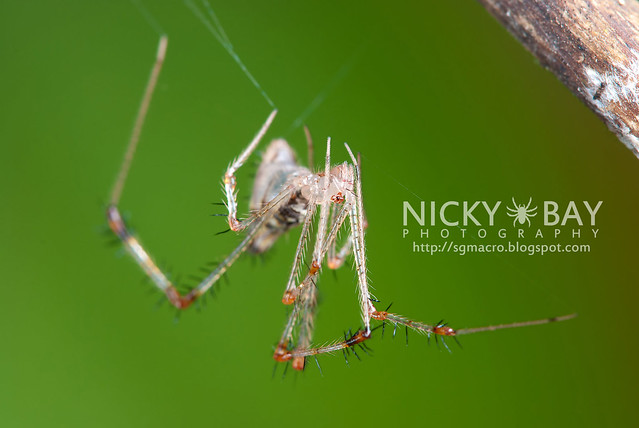 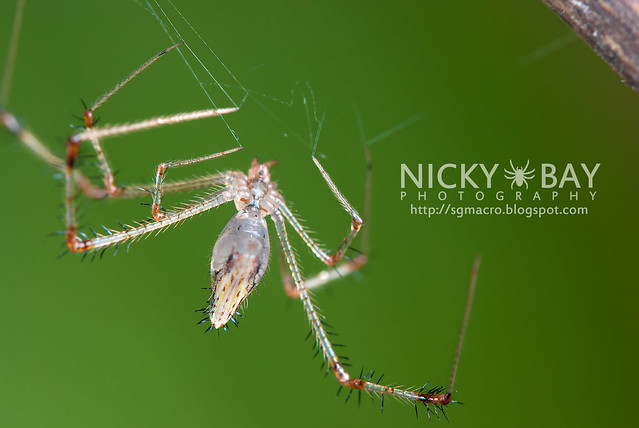 #5 View of the underside

And now for the other finds of the night… 🙂 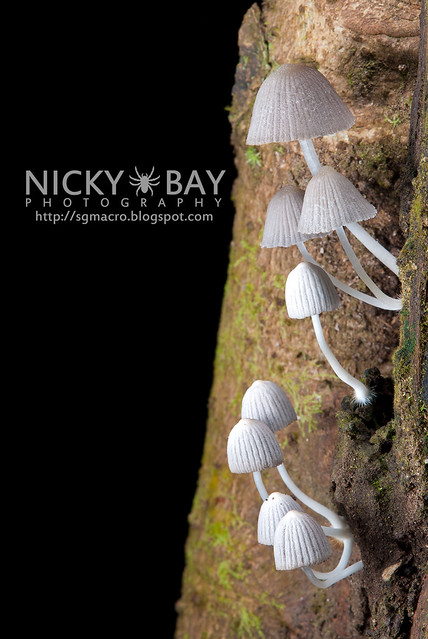 #6 A cluster of mushrooms on a tree trunk 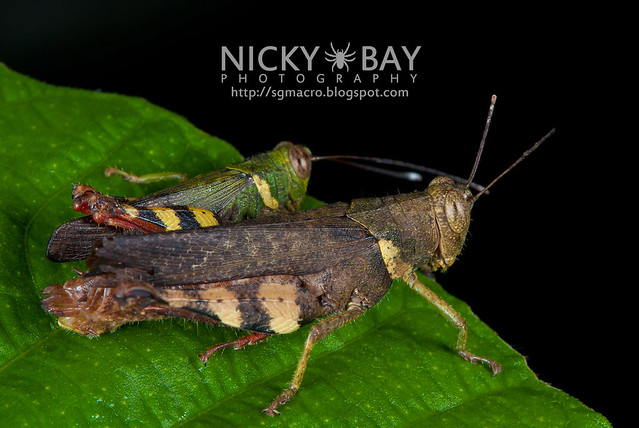 #7 A pair of mating grasshoppers 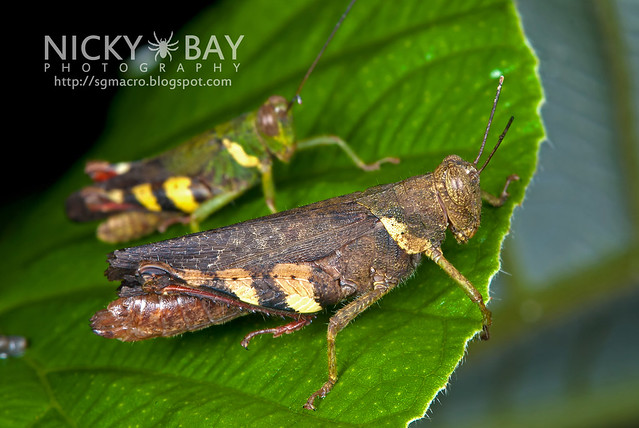 #8 They didn’t seem to like my presence and disconnected 🙁 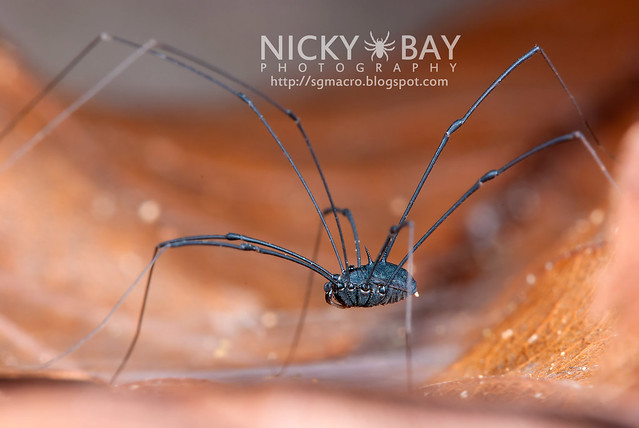 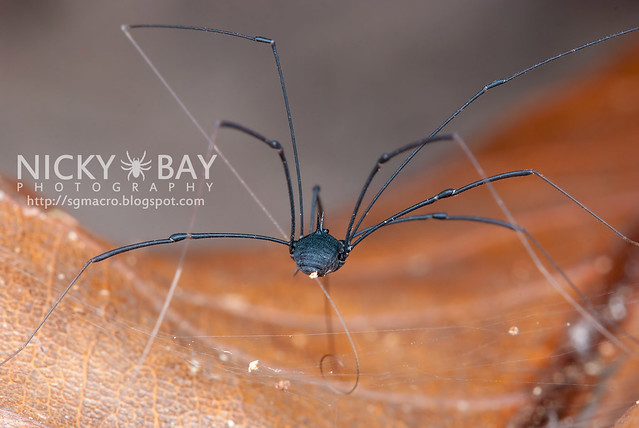 #10 Back view. We can see the extended forelegs that act as feelers and curved endings. 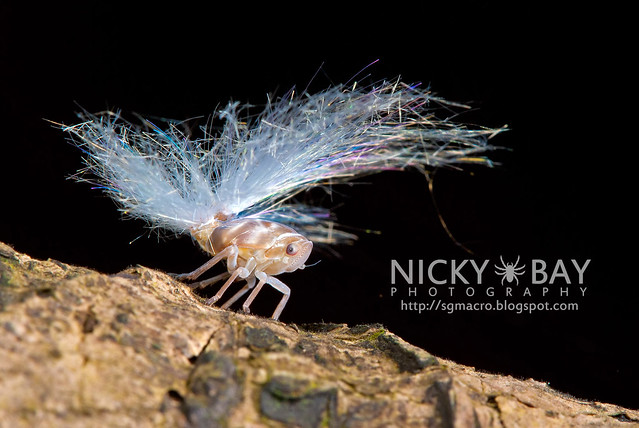 #11 Planthopper with a “fibre optic” tail 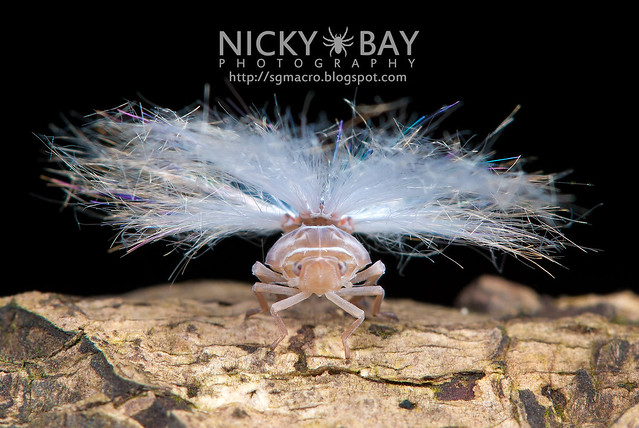 #12 It was moving non-stop, managed to capture it when it was turning around 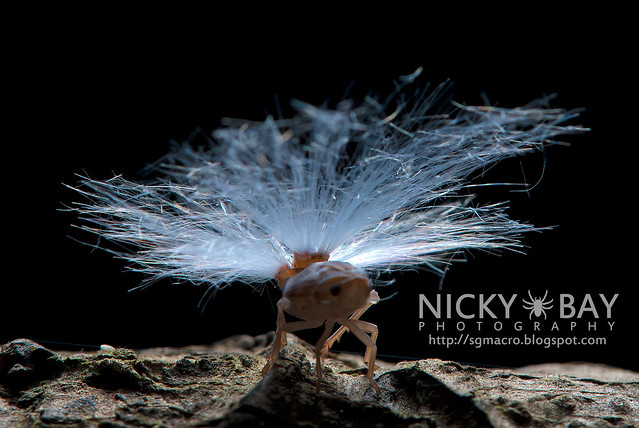 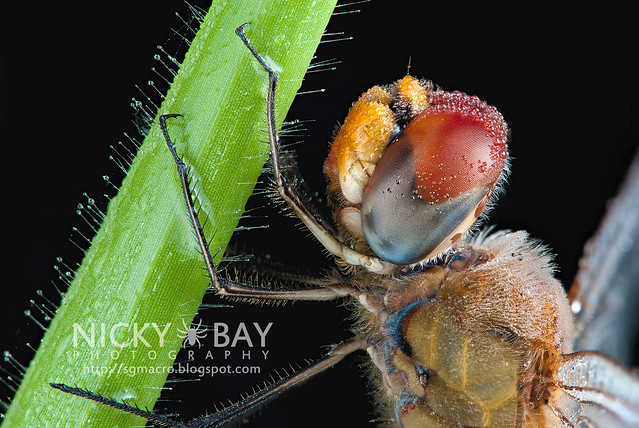 #14 Close-up of a sleeping dragonfly littered with dew 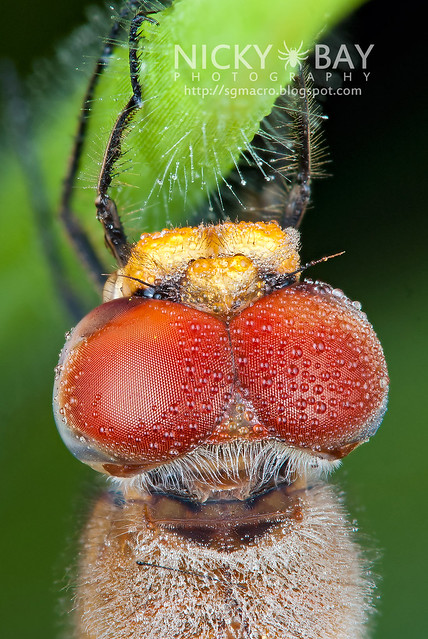 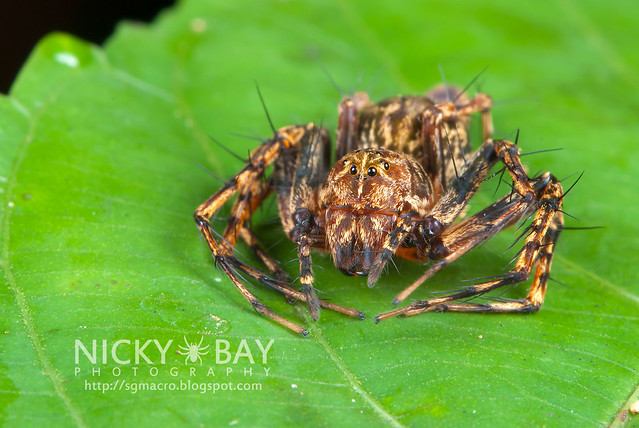 #16 David found this female Lynx Spider (Hamadruas sp), which we called the Jungle Lynx (not official name of course). 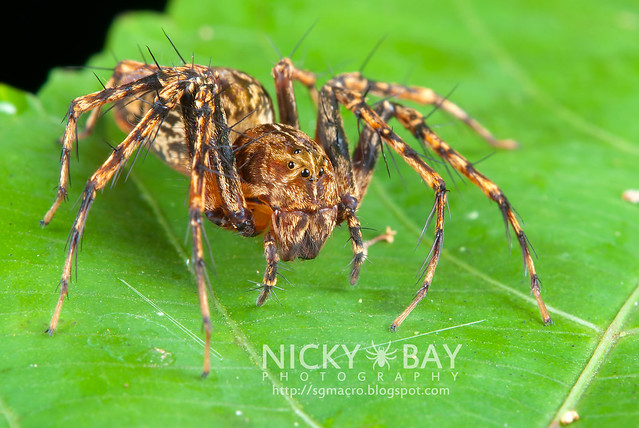 #17 It jumped off when Ben was shooting it, and it took me quite a long while to find it again! This time, it wasn’t as tame and walked around the leaf. 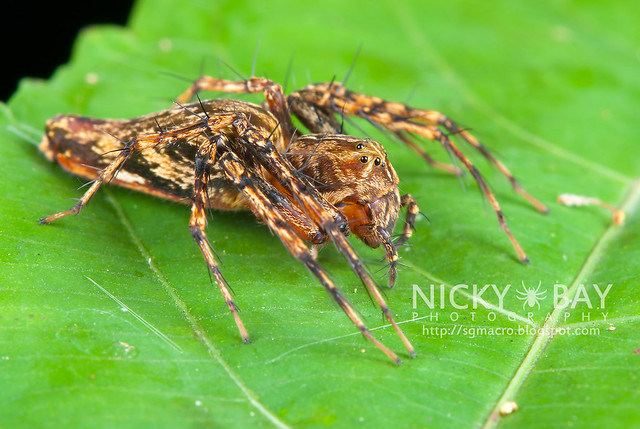 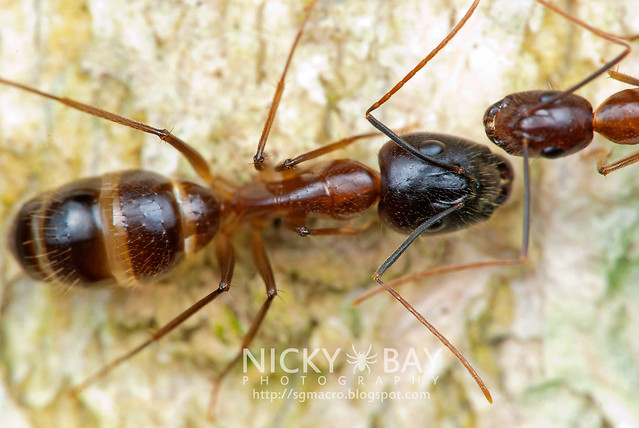 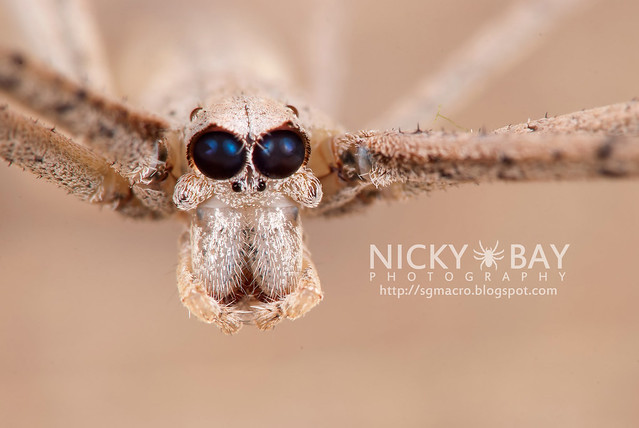 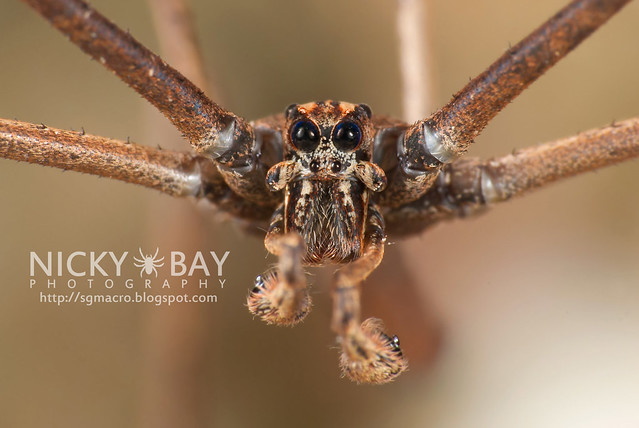 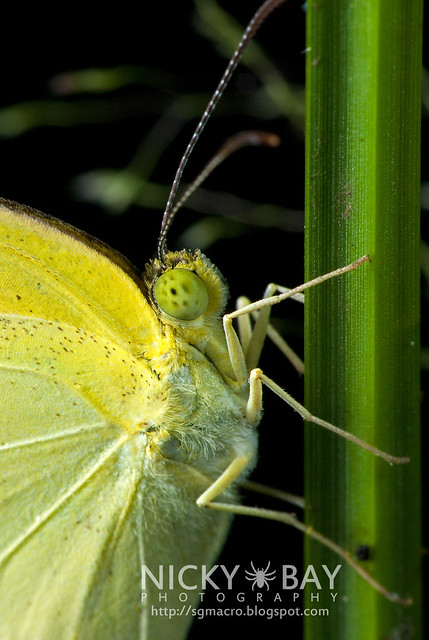 #22 Coliadinae. Don’t have full shot of the wings to confirm the exact ID.