By
Nicky Bay
on
Tarantulas are arguably the largest spiders of them all. Often hairy, with large fangs, these spiders can live up to 15 years! No thanks to the numerous horror movies about spiders featuring tarantulas, the tarantula has become the poster boy of scary spiders. Being big and hairy certainly gave them an edge in their resume when auditioning for the roles… 😛

Tarantulas may carry some venom, but their bite does not pose a serious threat to humans. Unlikely to kill a person, unless the victim is allergic or has other complications. Despite that, the presence of a big hairy tarantula still scares the shit out of most people.

I organized a little shoot with friends to look for the Singapore Tarantula (Phlogiellus inermis) after the sun set. Tarantulas are generally nocturnal, but despite this, they still hide in their burrows most of the time, coming out only to hunt for food. They prey on other insects, and even small rodents when they grow bigger. 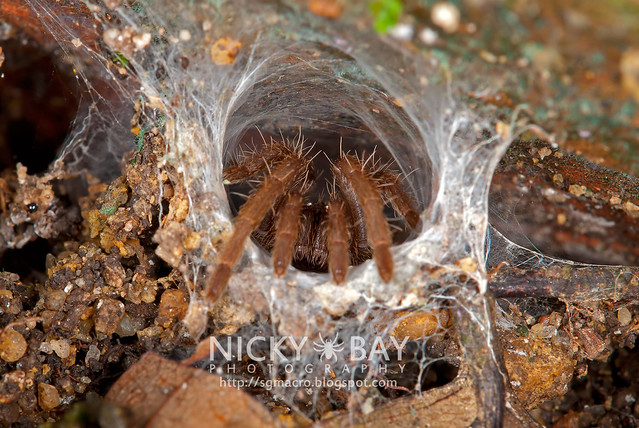 #1 First tarantula, found peeping out of its burrow. 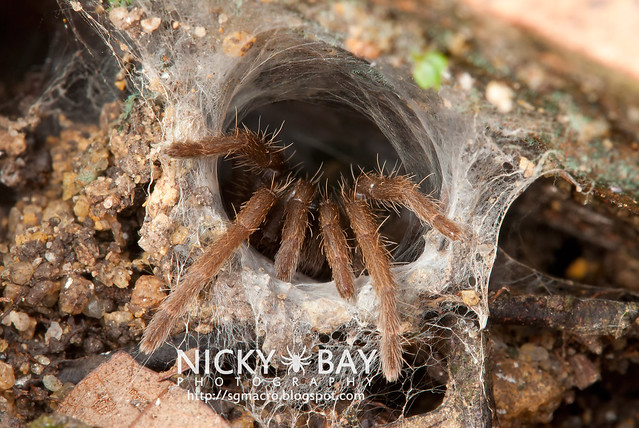 #2 Slowly.. it inched out.. forming a creepy picture here as the legs looked like fingers 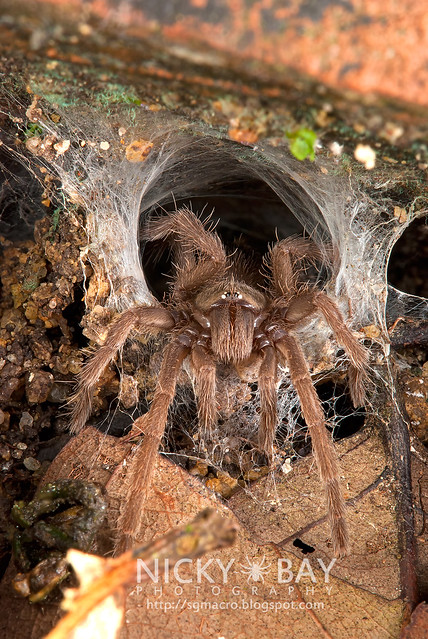 #3 I dangled a soft twig in front of the burrow, and it probably caused some vibrations and led the tarantula to come out. This lasted for only a few seconds, before it found out that it was just wrestling with a twig. 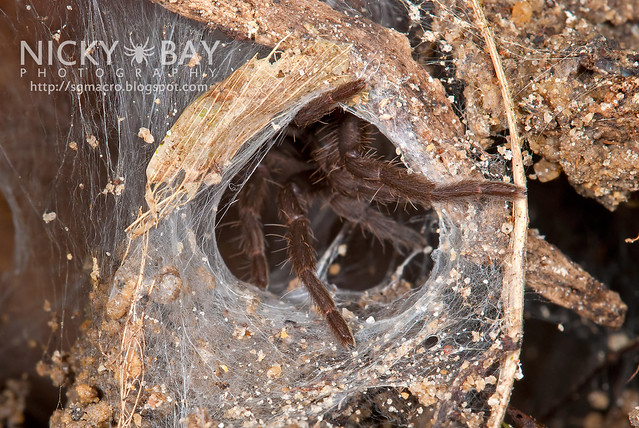 #4 Another burrow with its occupant 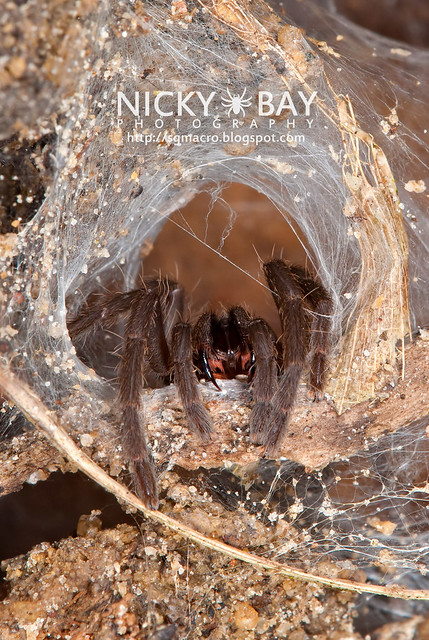 #5 Yet another burrow! This angle allows us to see the tarantula’s fangs and mouth area in red 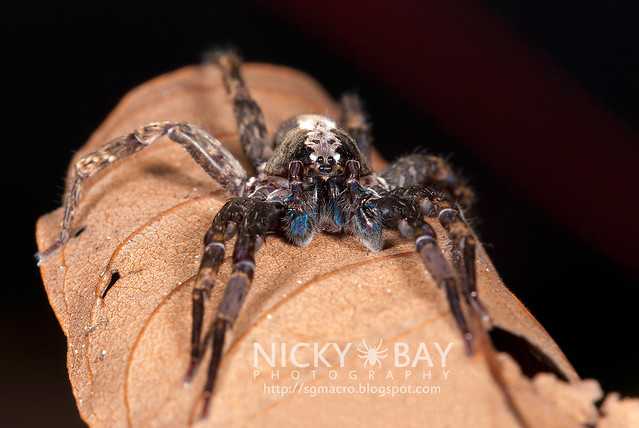 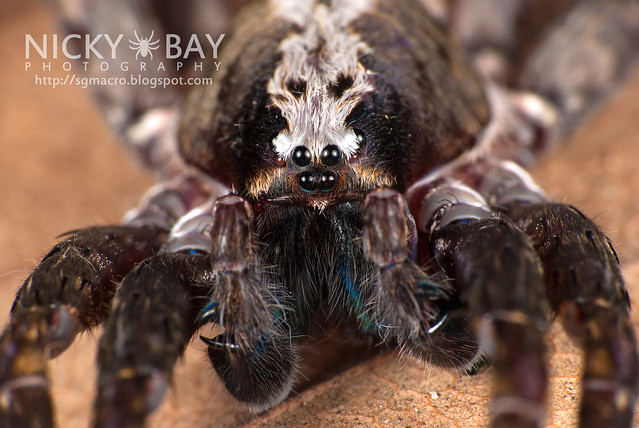 #7 Closer look at its head 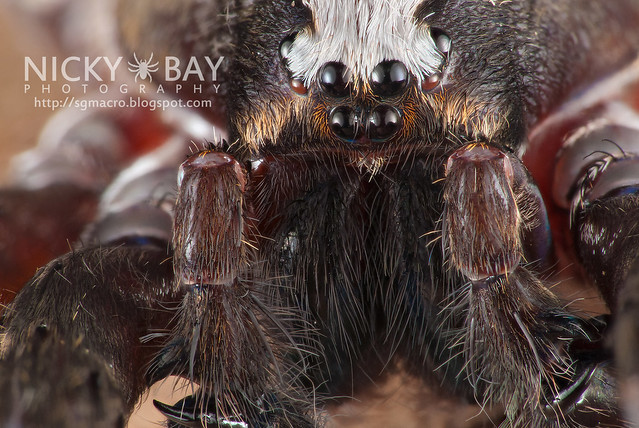 #8 Going as close as I could get! There are some really funky claws at the side of the palps… won’t risk a bite! 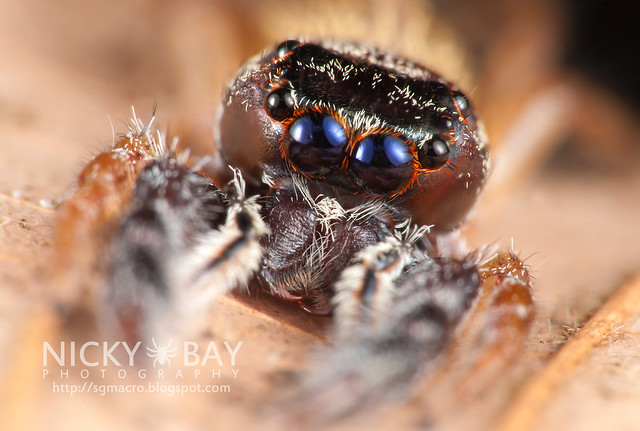 #10 Tiny little jumping spider, didn’t spend much time with this fella as it kept jumping around 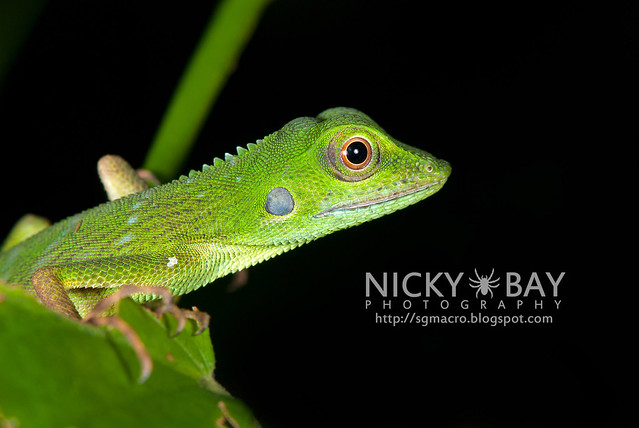 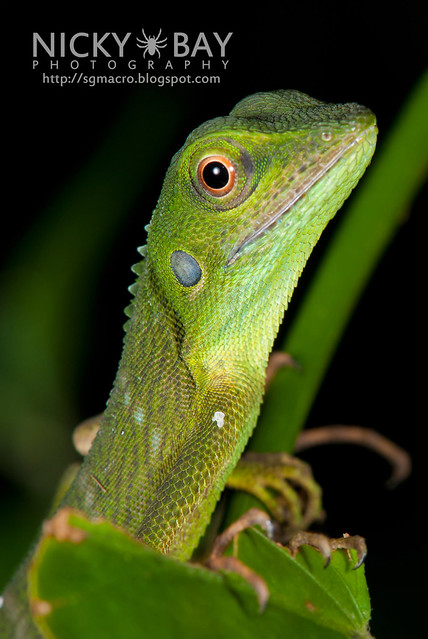 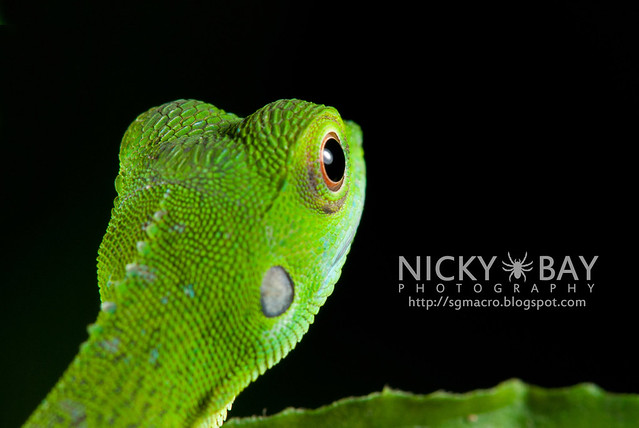 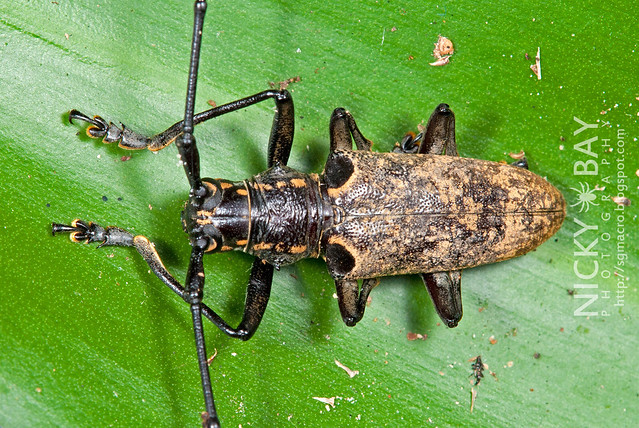 #14 Long Horned Beetle. Amazingly… Victor found at least 3 couples and some tried to mate. It ended up in a brawl and all of them vacated shortly. Didn’t get any shots of the scene as they didn’t stop moving. I used a head-shot of this as my avatar in photography forums. 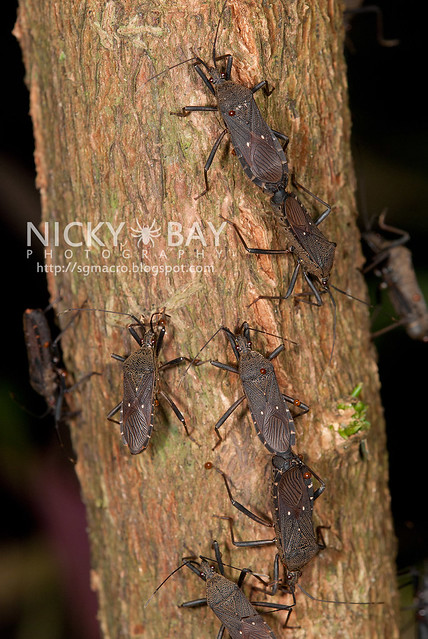 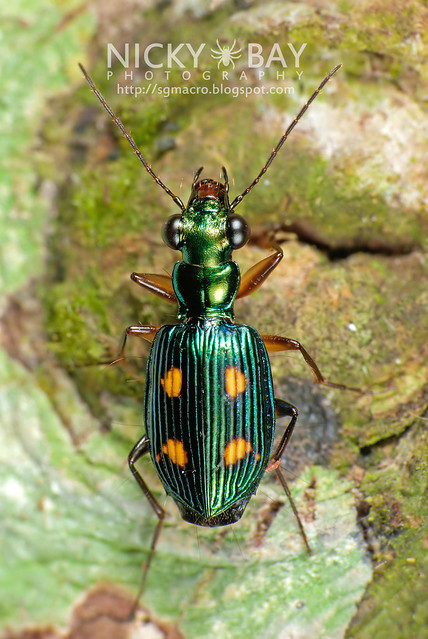 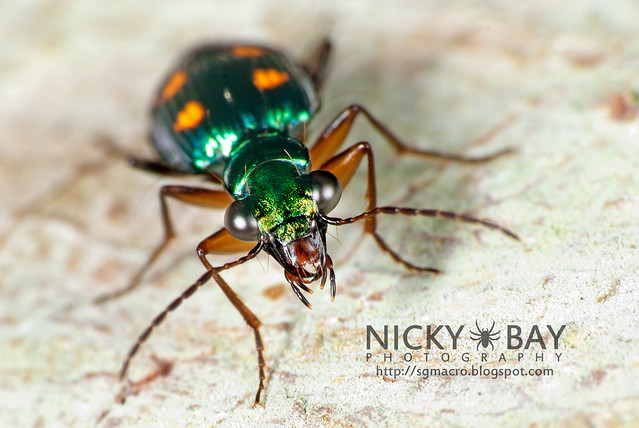 #17 Often mistaken to be a tiger beetle

The Macro Shoot That Turned into Something Else…