The Macro Shoot That Turned into Something Else…

By
Nicky Bay
on
Made a quick night shoot with James and Uncle Lew to Mandai Track 15, as I struggled to carry my gear around in the day without a car. (sorry to the people who were at the other end of my tripod at Raffles Place MRT) The trip started with a hunt for the Tailless Whip Scorpion (Amblypygi). Refer to What’s called a Spider and a Scorpion, but is actually neither? for more details on this creature. While looking for tiny critters, we ended up taking pictures of a snake and bird instead. lol 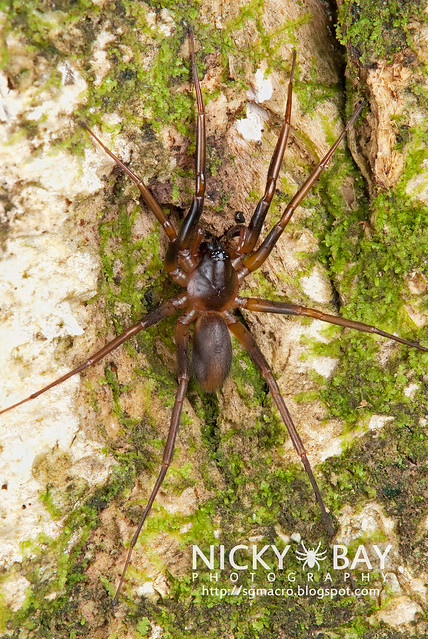 #1 Not Particularly Good Ant Mimic Spider (Corinnidae). James mentioned it to me, but why such a verbose name??! 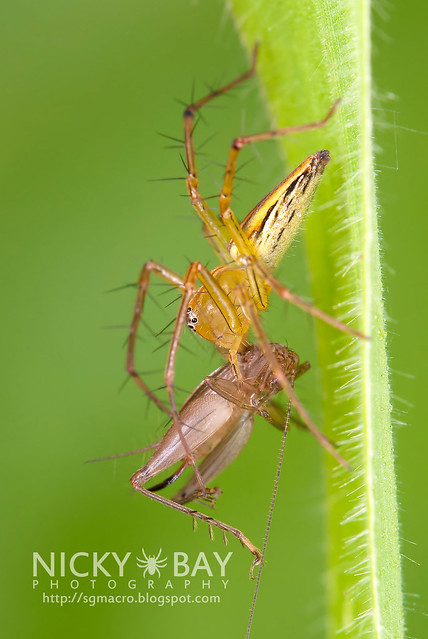 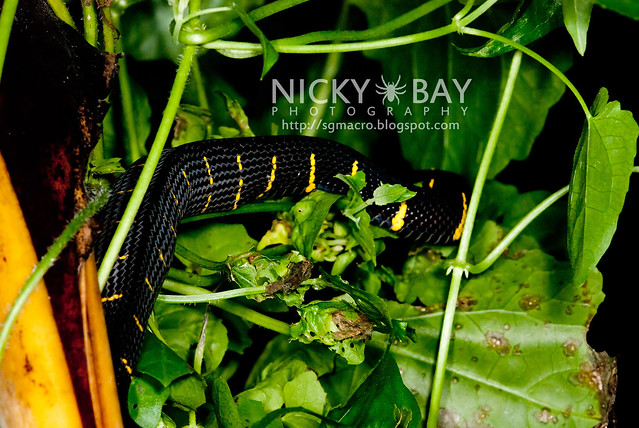 #3 James spotted this fat snake… what is it!?! Couldn’t see the head, so we went round the tree to try to find the snake’s head. 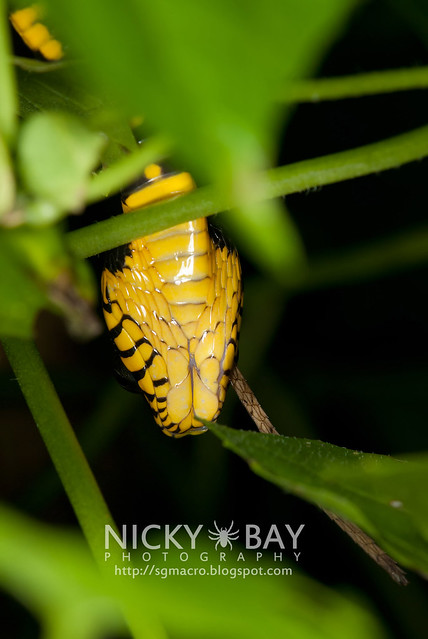 #4 Found the head!! But why is the tongue perpetually sticking out? 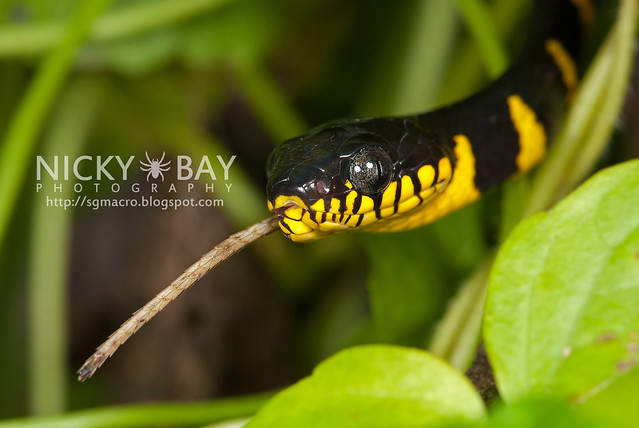 #5 Turned out that it had just devoured a lizard! Found this view, it should be a Gold-ringed Cat Snake (Boiga dendrophila ). Not sure why it doesn’t swallow up the tail as well, maybe it was too large?

#6 Wagged a branch near to it and it started flapping its tongue. lol. Looks like its smoking a cigar from this angle. 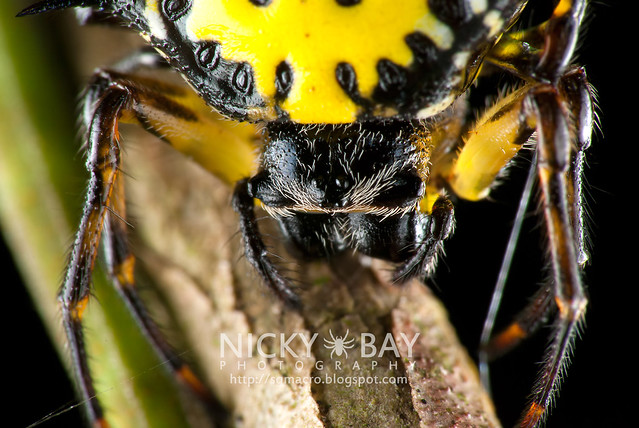 #7 Hasselts Spiny Orb Weaver (Gasteracantha hasselti) but without the spiny back in the pic. Evidence of laziness as I already had the Raynox DCR250 on my lens. 😛 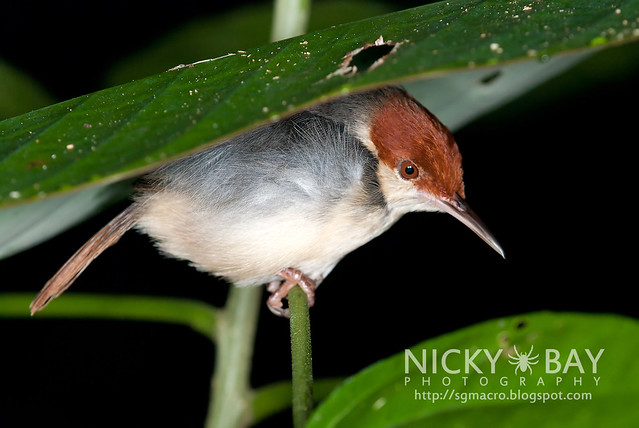 #8 Rufous-tailed tailorbird (Orthotomus sericeus) Kindly identified by Ivan and Steven. Found this little fella resting under a leaf at knee-level. 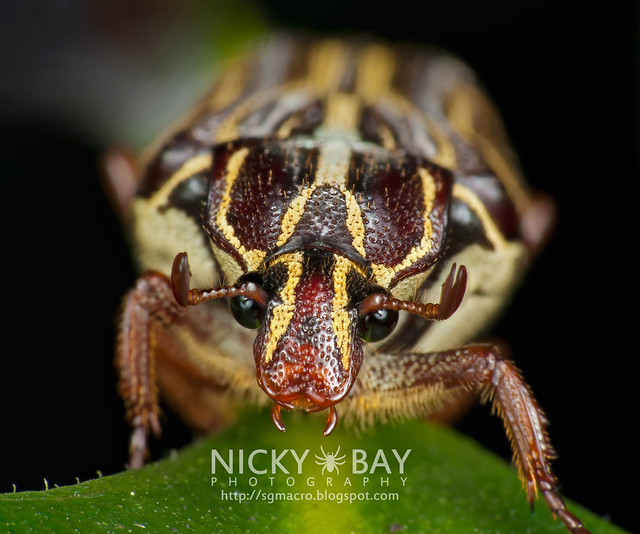 #9 Bug with very intricate patterns on its back. Bad habit, missed a proper shot of the body again. 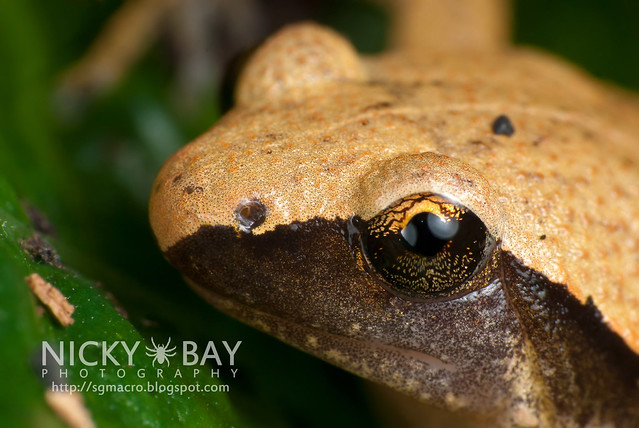 #10 Look deep into my eyes!!! Dark sided chorus frog (Microhyla heymonsi) spotted by James. I had the Raynox on, so just took a view of its eyes. 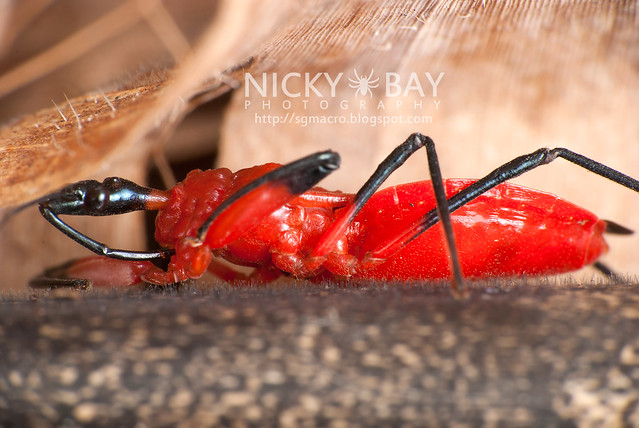 #11 A bright red assassin bug (Reduviidae) hiding in a crevice 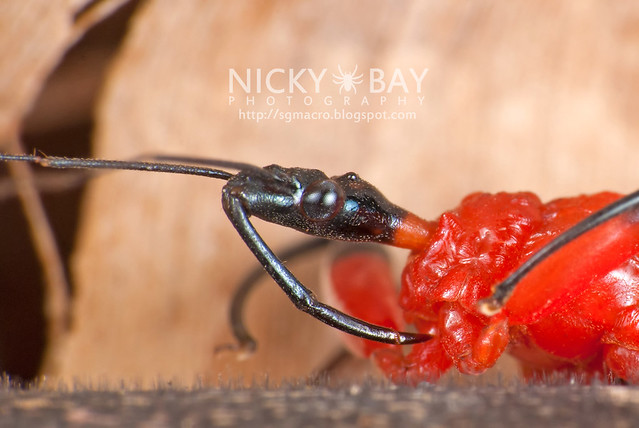 #12 Closer look at the proboscis used to pierce its prey 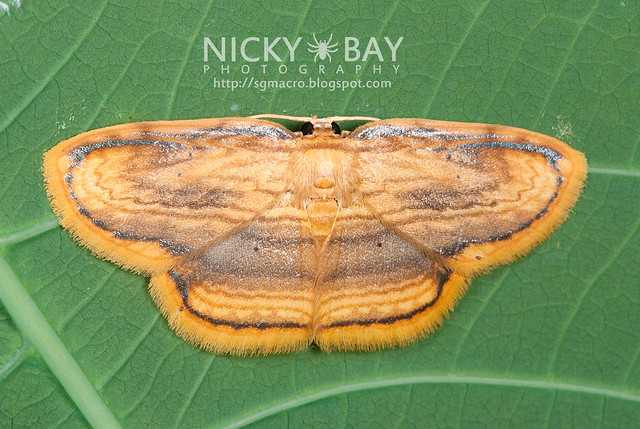 #13 Moth. No ID for this fella, but it has rather nice patterns on its wings.


The complete album can be viewed here.