By
Nicky Bay
on
One of the subjects that had been on my wish list, is a Mantidfly (Mantispidae). They are essentially net-winged insects or wasp-like flies with a Mantis appearance – it has modified front legs that resemble that of a Praying Mantis.

Today, we found 3 Mantidflies – all of which were found resting under leaves in the shade. But most were high above us and we could only take some record shots of it. Quite skittish as well, though they fly rather slowly so we could still trace their path of flight. 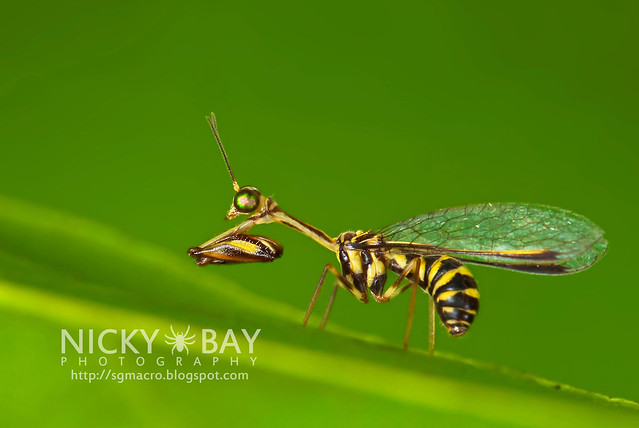 #1 Just one shot of the Mantidfly, definitely going to look for more to better my shot. 🙂 This was over 2m above the ground, so my 180mm on a cropped frame came in handy. 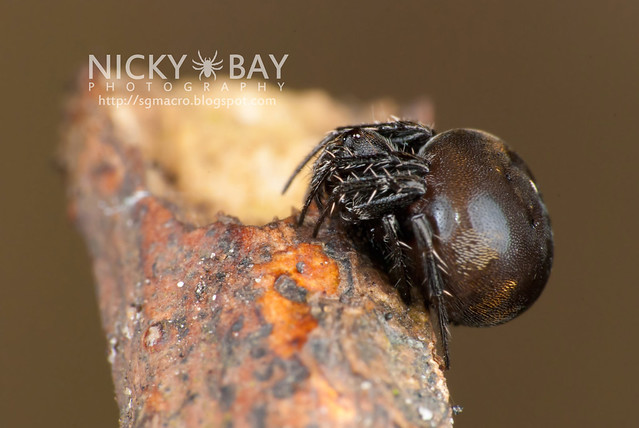 #2 Cute little guy but visibly very dark and difficult to light up. Very reflective as well. 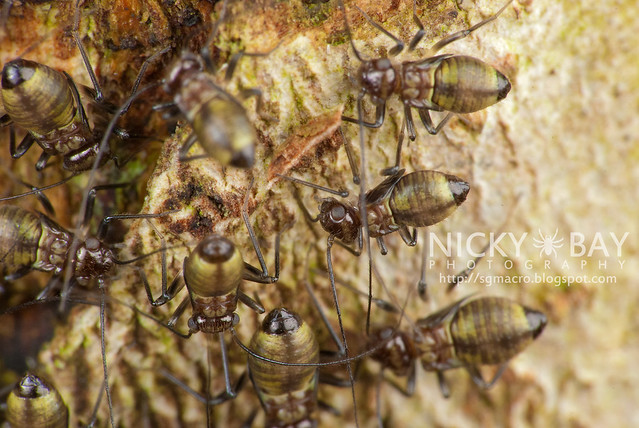 #3 Big mess of these little critters on a tree bark. Bark lice? Not too sure, looks darker than the usual bark lice I saw before. 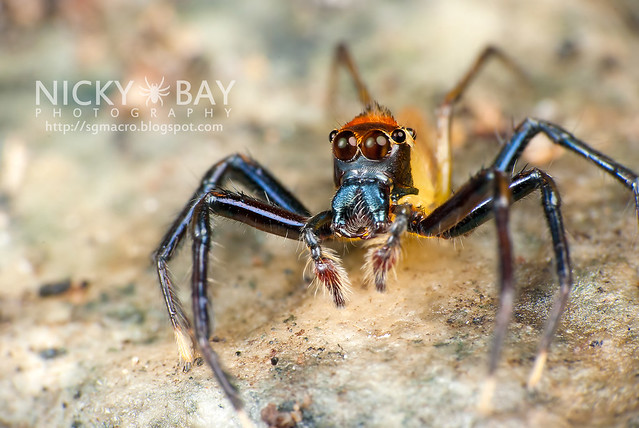 #4 A jumping spider that looks closely related to the epeus flavobilineatus, often referred to as the “punk” JS for the mohawk hairstyle. 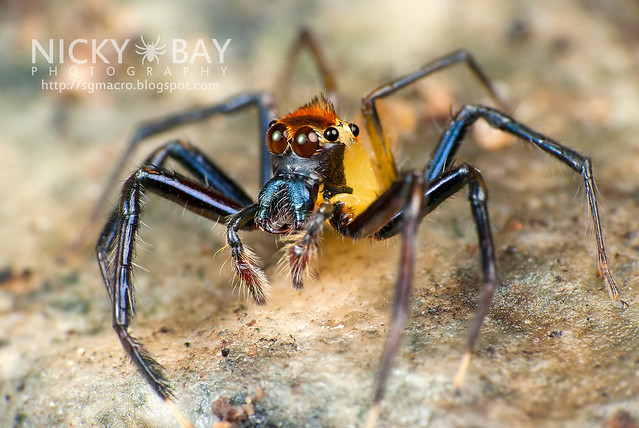 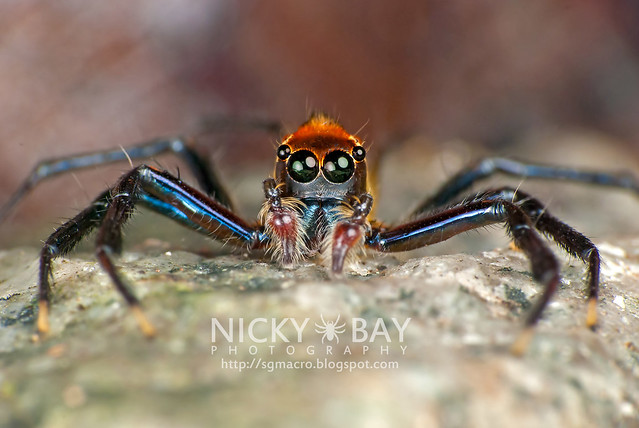 #6 Direct view of the face. Can see that the mohawk is not as pronounced. 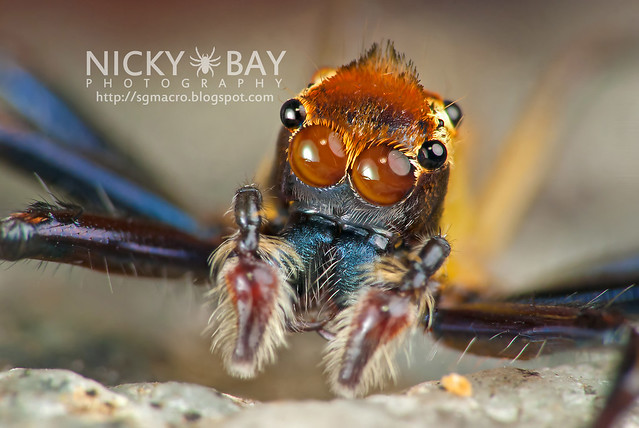 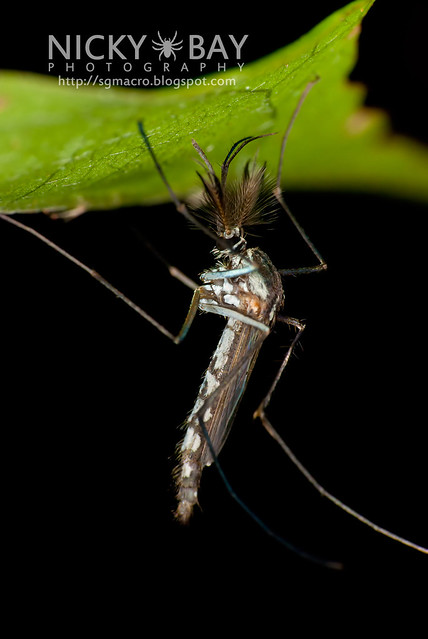 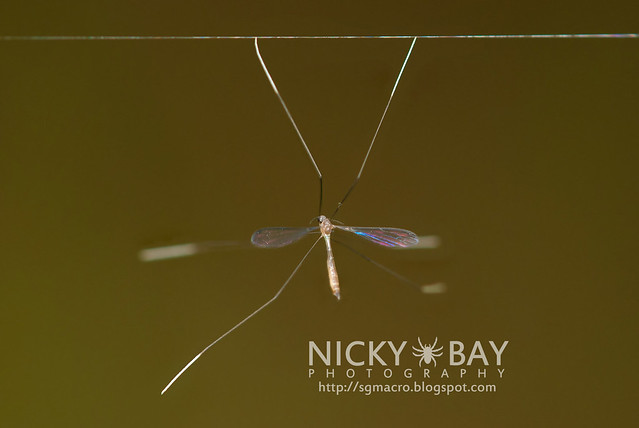 #9 I’ve been wondering what these are. Often see several tiny ones dangling on a strand of silk/web. Looks like mini crane flies.. but can’t be certain. 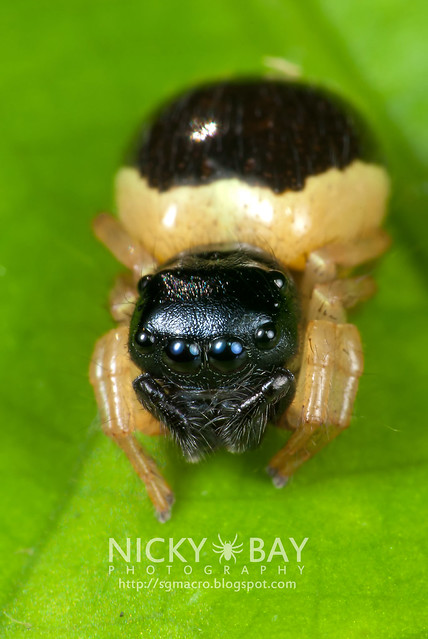 #10 A tiny Jumping Spider (Salticidae, Pystira ephippigera) that has a completely black head with a yellow striped abdomen 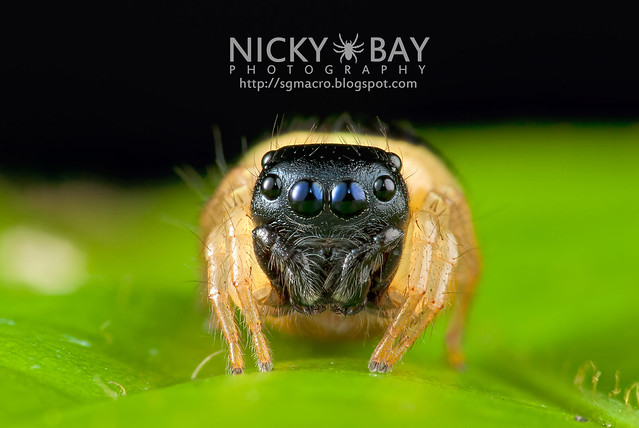 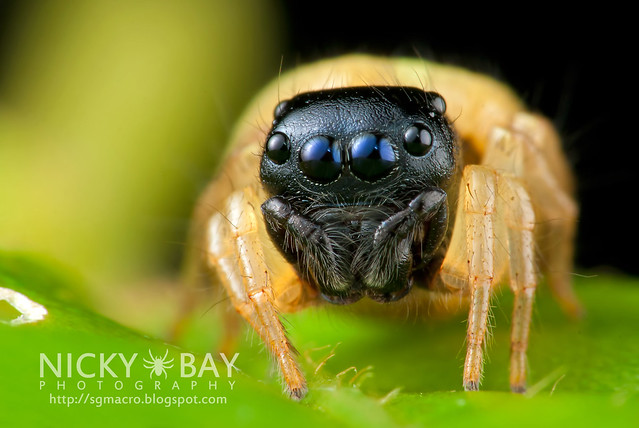 #12 Can’t get enough of this fella 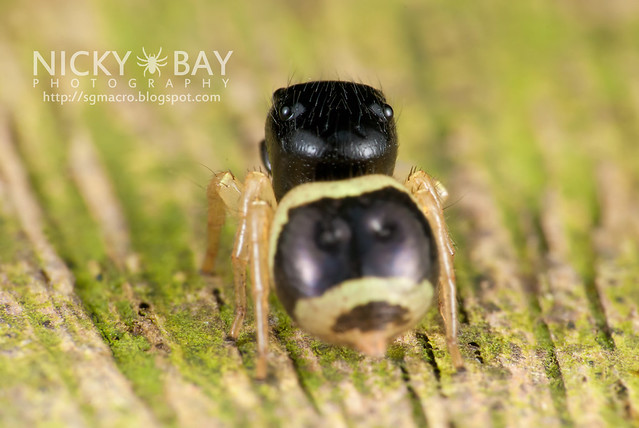 #14 Found another Pystira ephippigera on the railing! This one was waiting for ants to come near before pouncing on them! 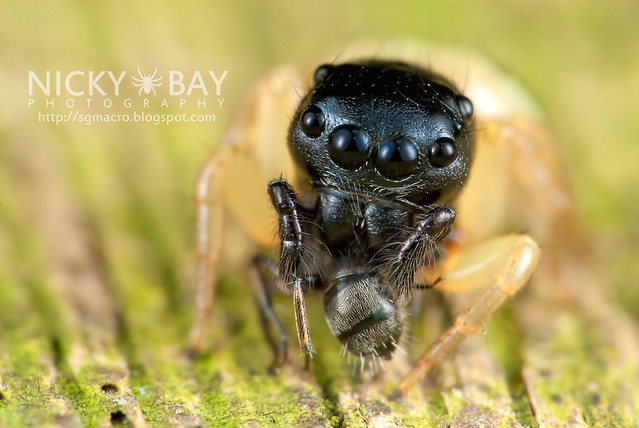 #16 Its biting onto all parts of the ant! 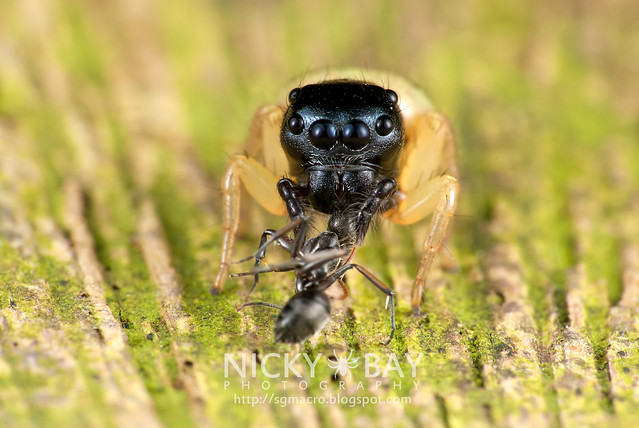 #17 Last shot before it let go, and pounced on yet another ant 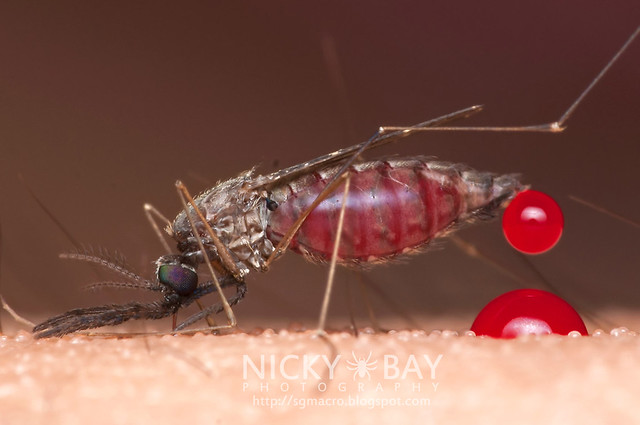 #18 Last shot of the day… by my friend Sagita Lamiran, of this little mosquito happily sucking blood out of me! This mosquito probably excretes the extra blood out after extracting the necessary nutrients. It also needs to get rid of the extra weight in order to fly away. The entire sequence took less than a minute before the little guy flew away a happy mozzie. Yes.. I am a regular blood donor.. -.-“