Return of the Whip Spider

By
Nicky Bay
on
The name “Whip Spider” often refers to the Tailless Whip Scorpion in certain literature. But the whip spider I’m highlighting in this post, is sometimes known as a Twig Spider as well. At rest, this deceptive creature looks just like a plain twig dangling in mid-air. 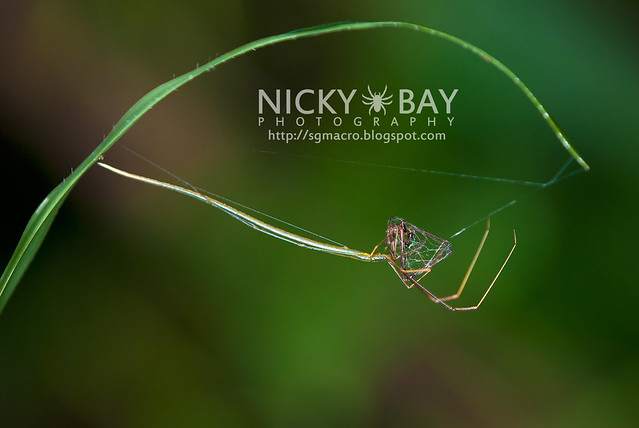 #1 I used to see this Whip Spider (Ariamnes flagellum) at Admiralty Park, but that was a long time ago. Here, we found a female again and with prey! The prey is likely to be a Big bellied spider (Tylorida ventralis). 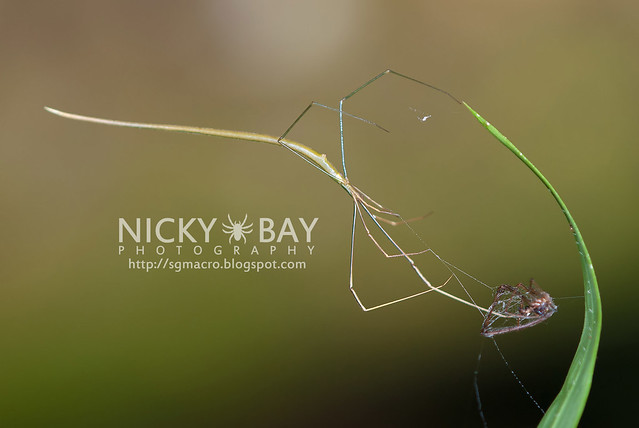 #2 Didn’t stay still, as it juggled with the prey 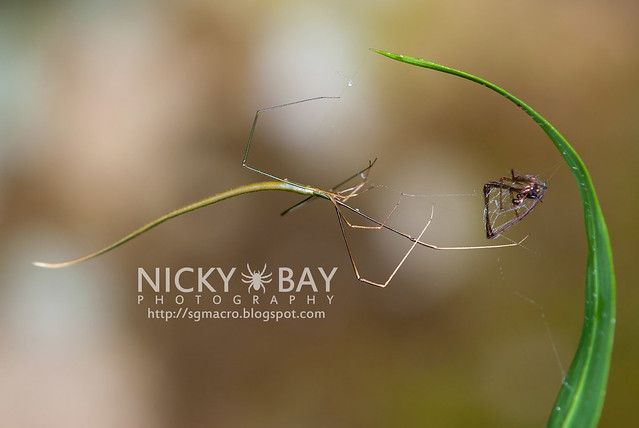 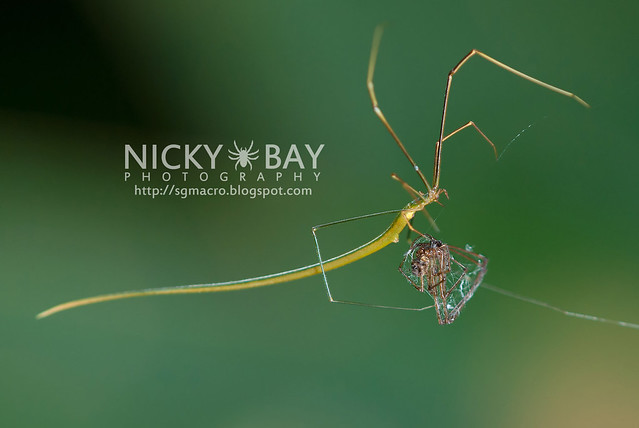 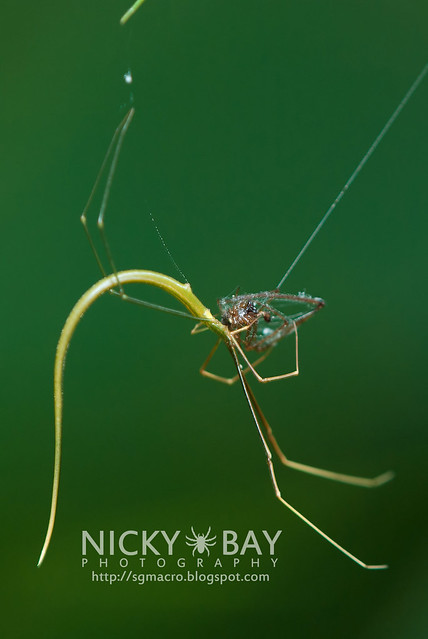 #5 Even tried some yoga poses 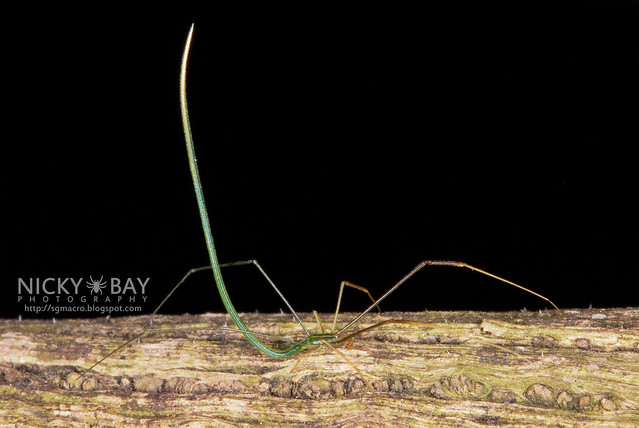 #6 Here’s another one that I took some time ago, running around, seemingly busy preparing it’s web 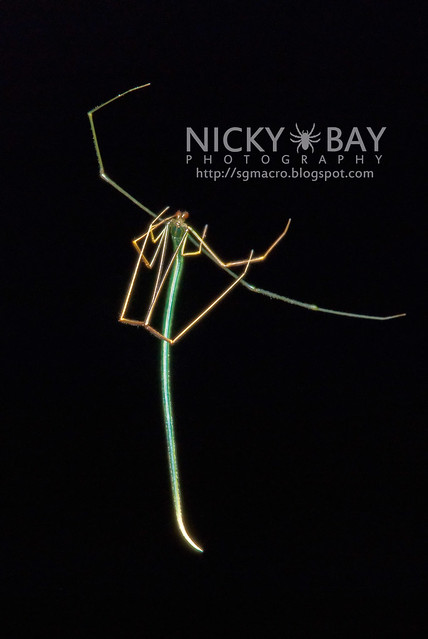 #7 Not looking very friendly there 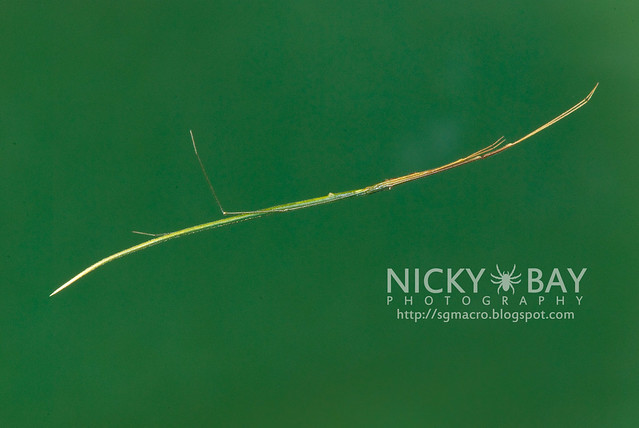 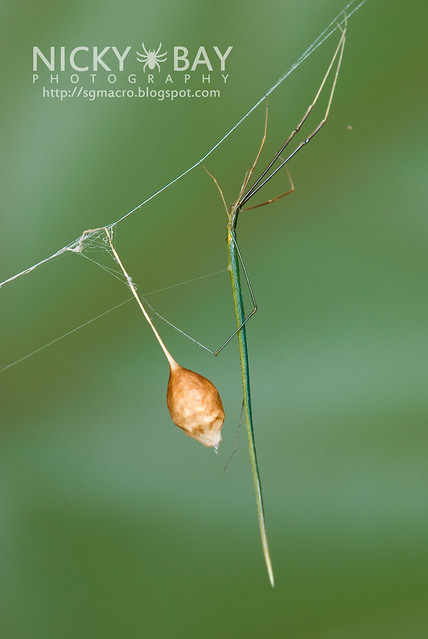 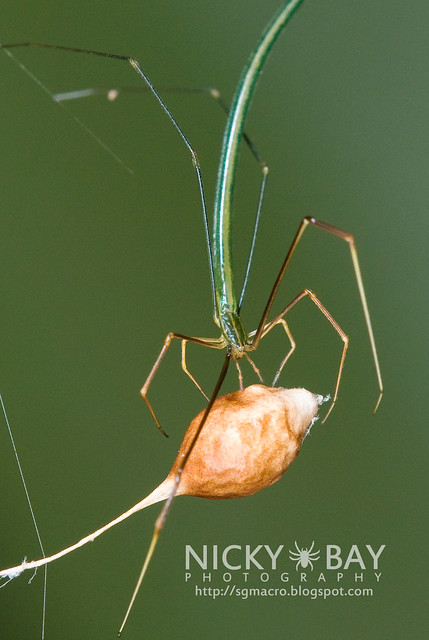 #10 Close up on the egg sac and mother

The morning had some other usual finds as well. 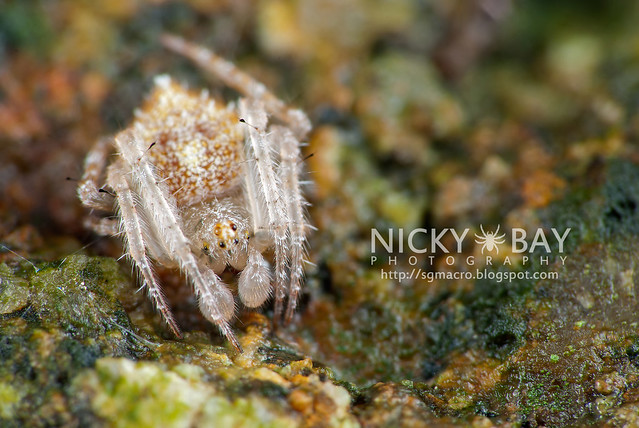 #11 A tiny Laglaise’s Garden Spider (Eriovixia laglaisei). It looked like it had some arrows stuck on it’s legs! 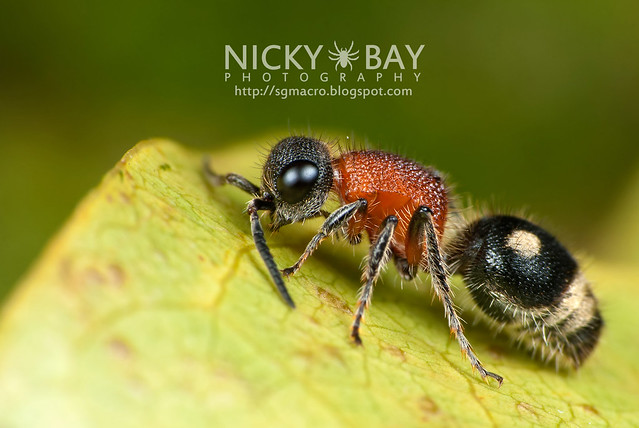 #12 Velvet Ant, a.k.a. Cow Killer walking about on this leaf endlessly. These are actually wingless wasps that pack a really painful bite! 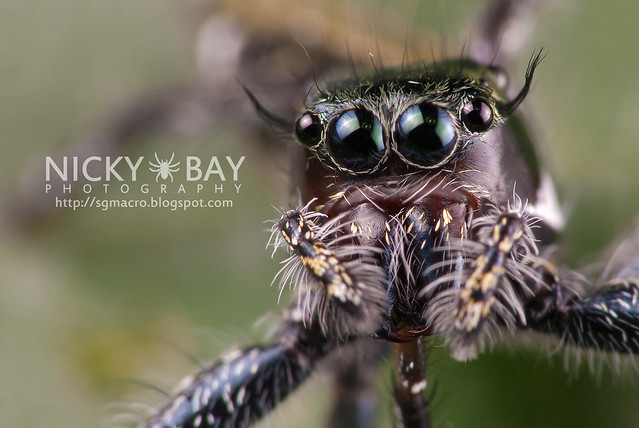 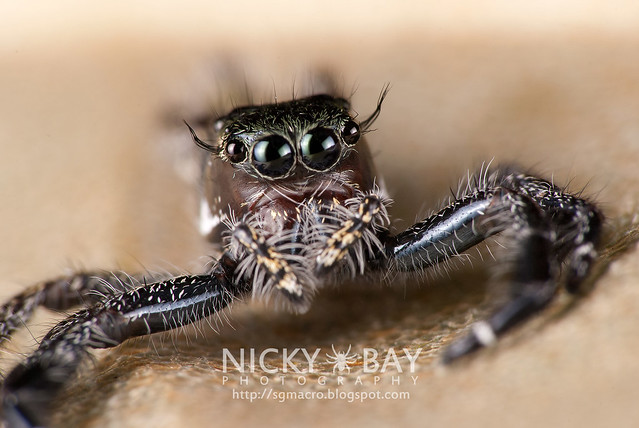 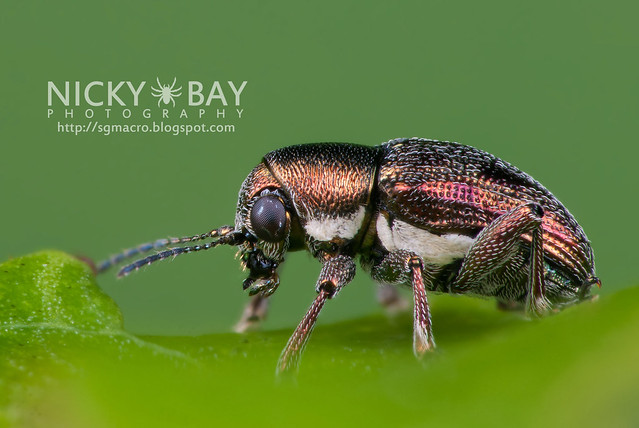 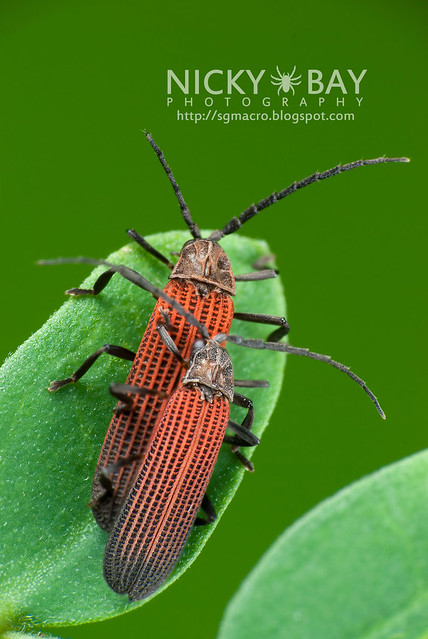 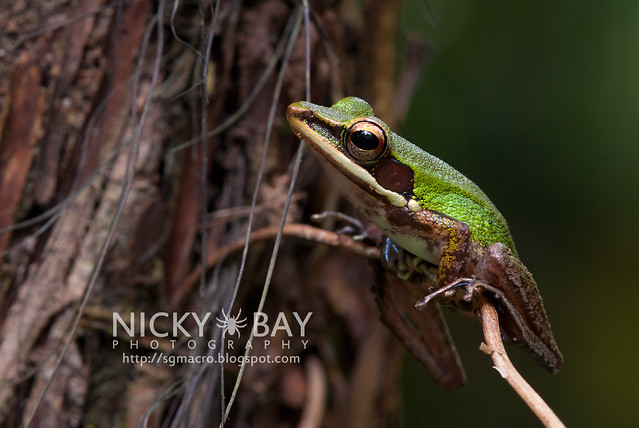 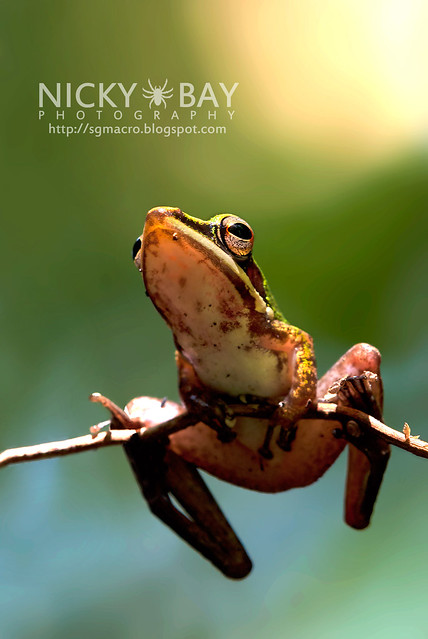 #18 It bathed under the sun, and the light shone through little kermit! 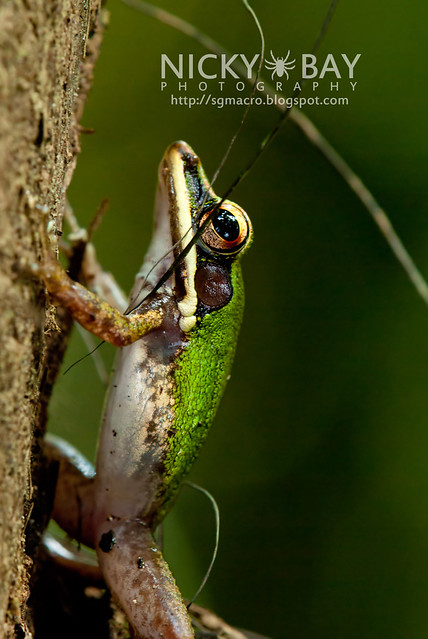 #19 Last shot before it hopped away 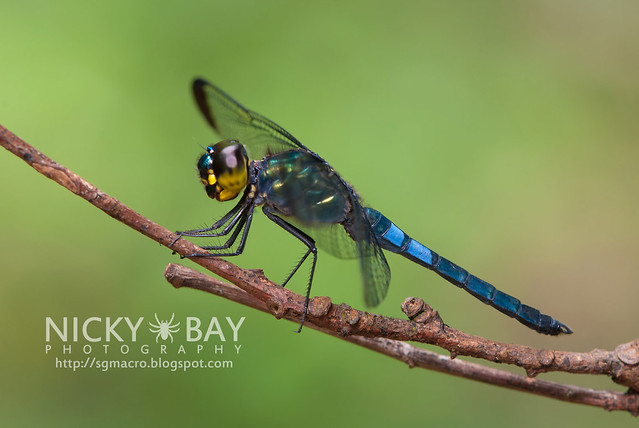 #20 Dragonfly. I’m bad with dragonfly identification… anyone with help? =D 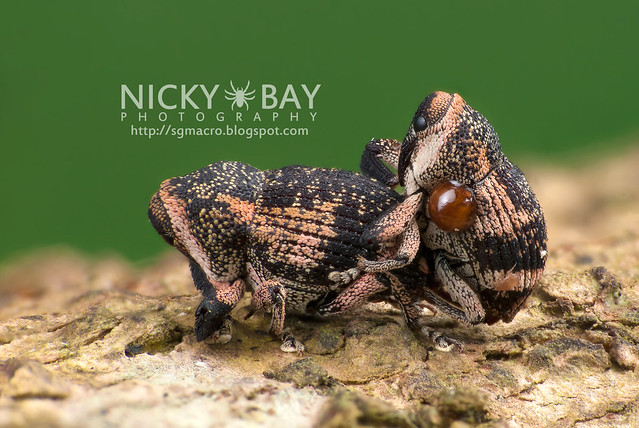 #21 A pair of mating weevils, really slowly doing it 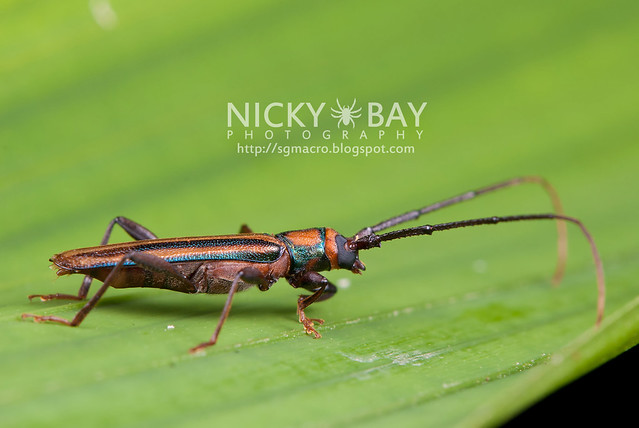 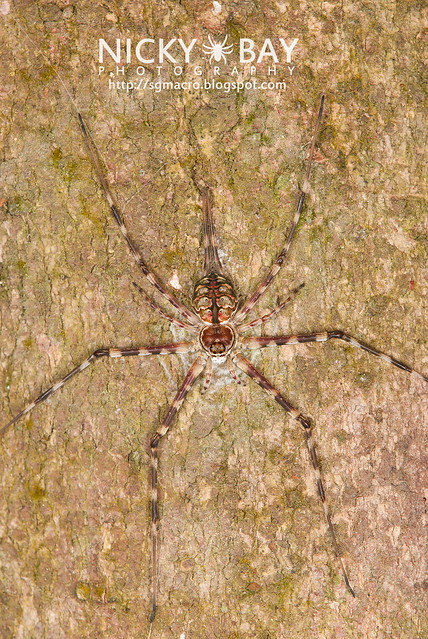 #24 Two-Tailed Spider (Hersilia sp) on tree trunk, quite a colourful one! 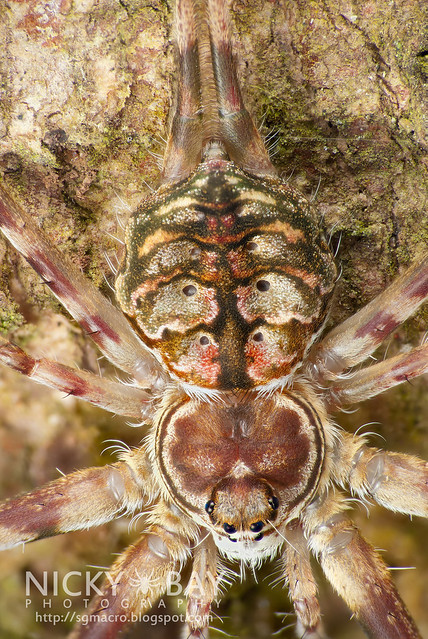 #25 Close up on the abdomen

Up Close with a Bird Dung Crab Spider