I like experimenting with different setups, especially for wide angle close-ups. Last year, I took my wife’s Sony A7 for a couple of field trips and paired it with the Voigtländer Super Wide-Heliar 15mm f/4.5 with extension tubes for some wide angle macro photography, and the results were pretty cool! Compared to my usual DSLR setup, the lens was much smaller, allowing me to approach subjects from more compelling angles.

Many who prefer using long lenses for macro photography — allowing them to put some distance away from their subjects — couldn’t fathom why anyone would want to use a wide angle lens for their macro endeavors as it results in messy background effects.

Although extremely challenging, wide angle macro photography can be highly gratifying when done right. Here are just some of the advantages.

Due to the distance between the lens and sensor, the Sony E-mount was able to use M-mount lenses (with adapter) which are traditionally small. At the same time, adding extension tubes had less effect on the focusing distance as compared to similar focal lengths of DSLR systems. That is why I still had a comfortable working distance even with 14mm of extension on a 15mm lens. It would have been unusable on DSLRs with just a 12mm extension on a 20mm lens for example.

This lens is not particularly sharp. In fact, it is terrible on Sony A7 as a normal wide angle lens with vignetting and a reported pink tint. But all these didn’t matter for close ups and I chose this lens for several reasons. 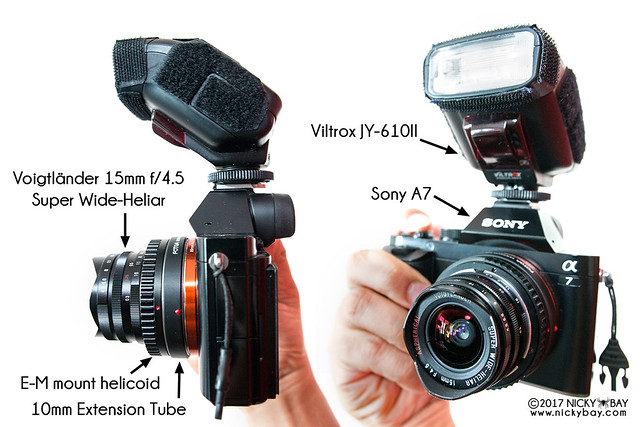 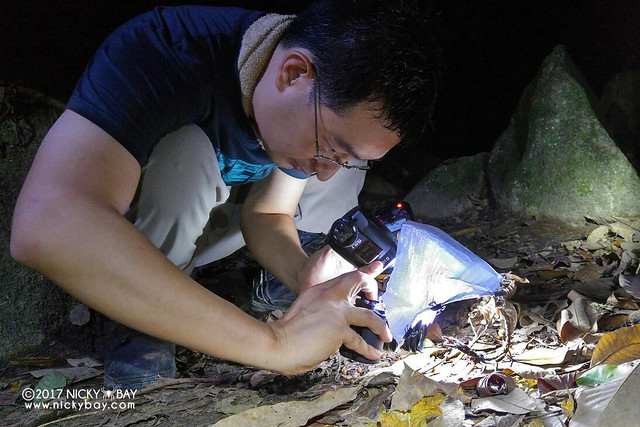 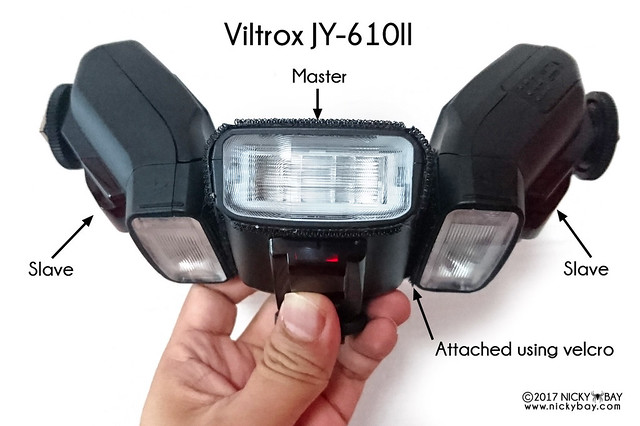 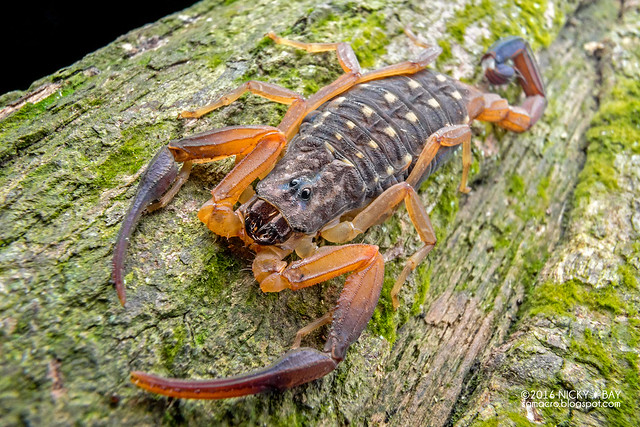 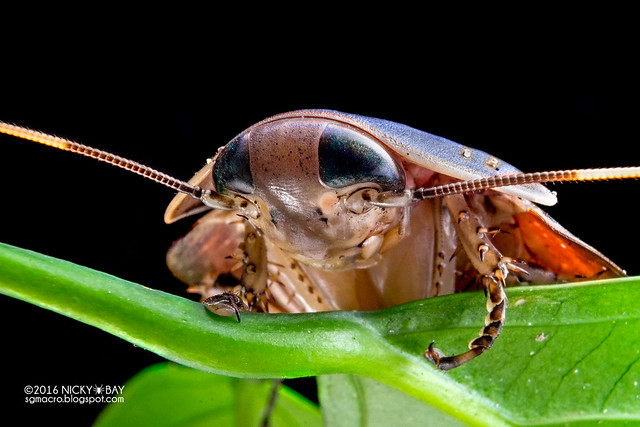 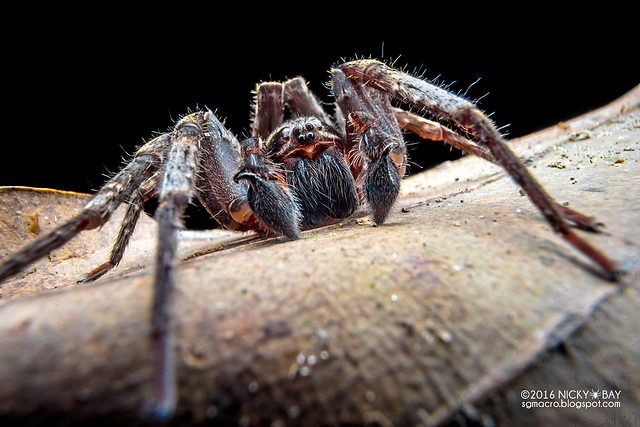 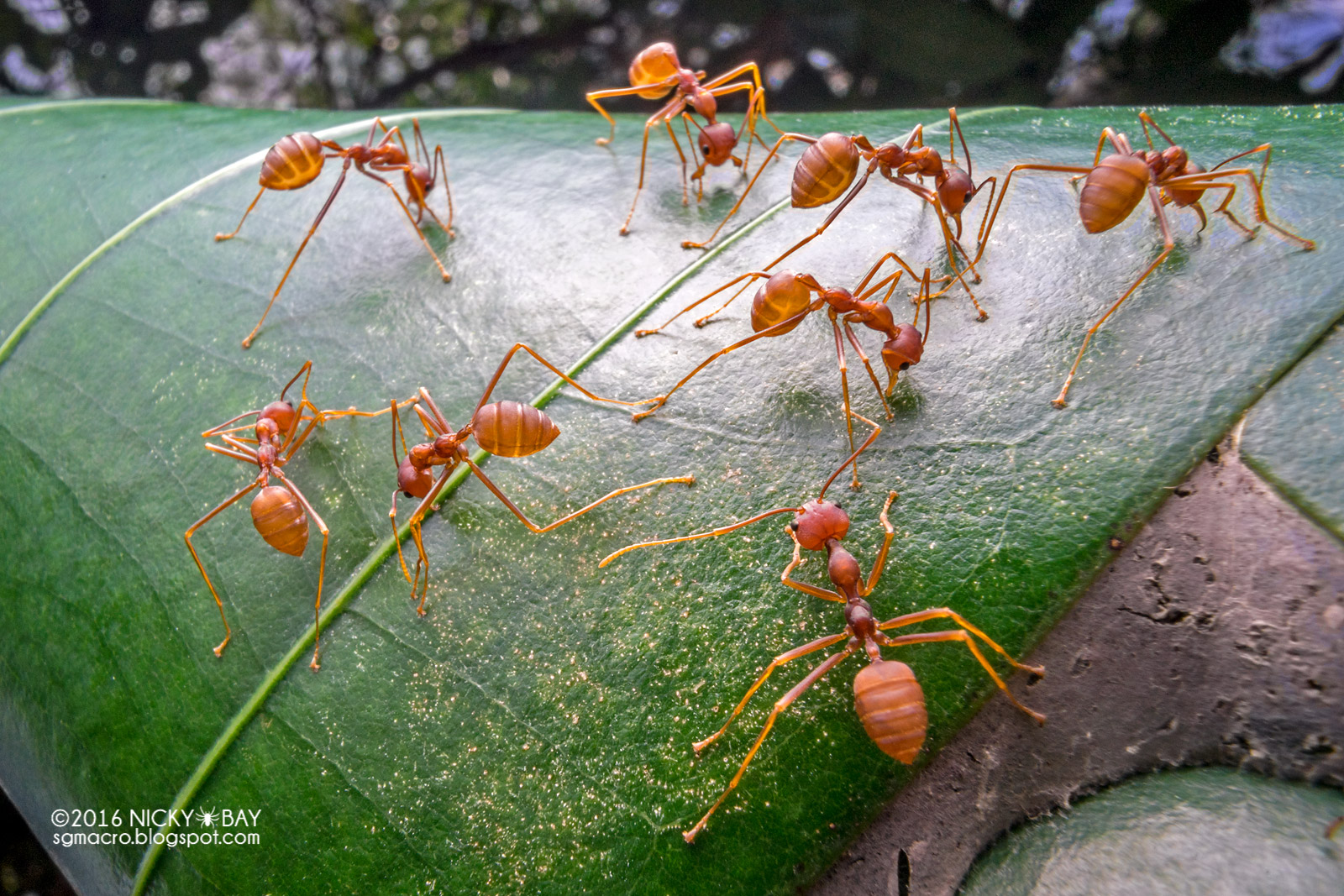 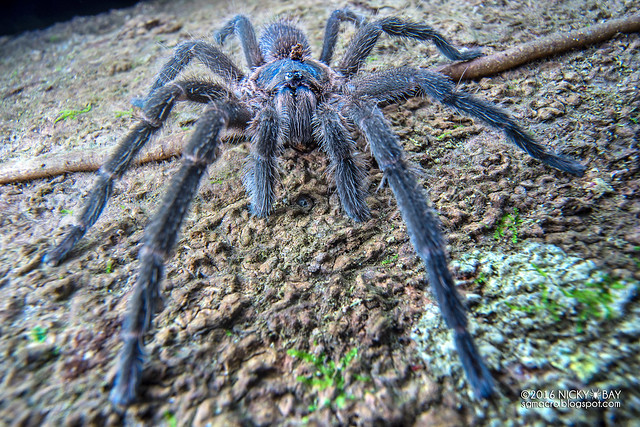 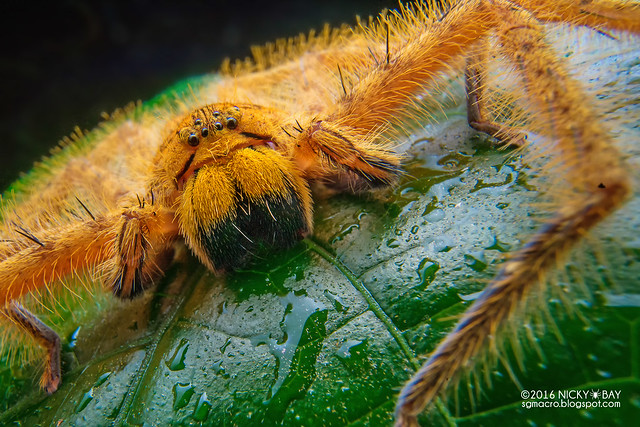 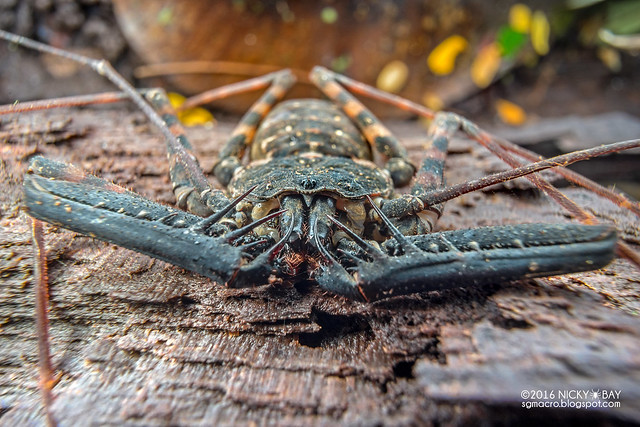 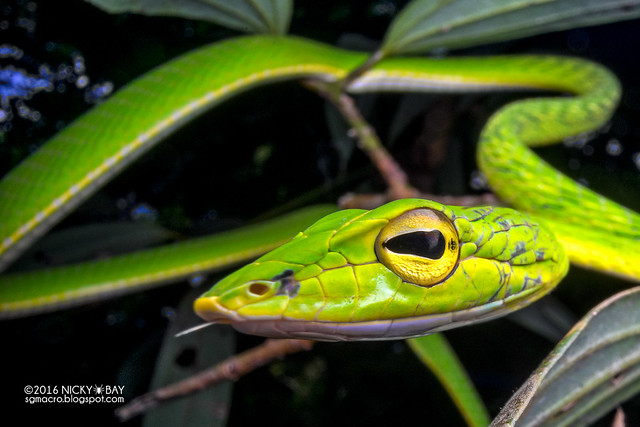 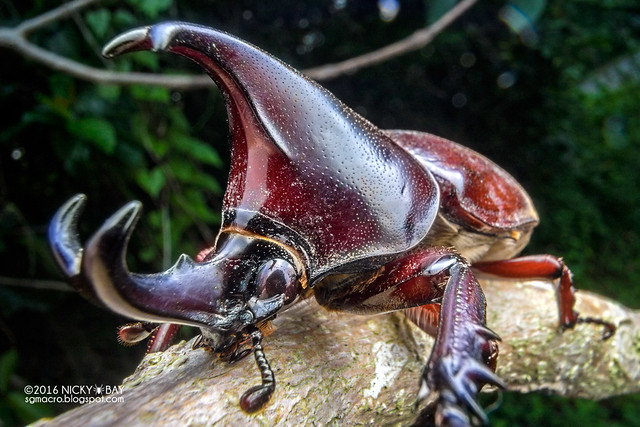 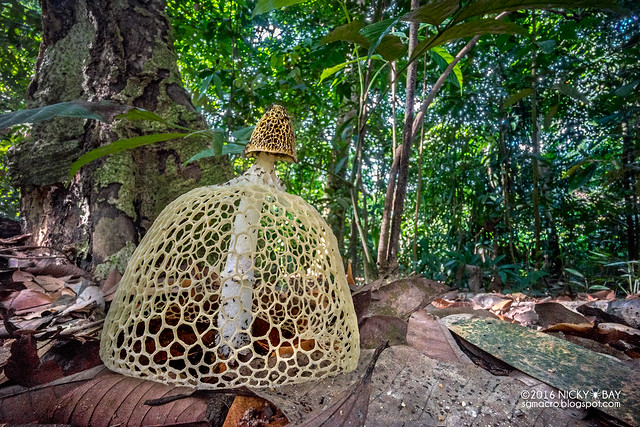 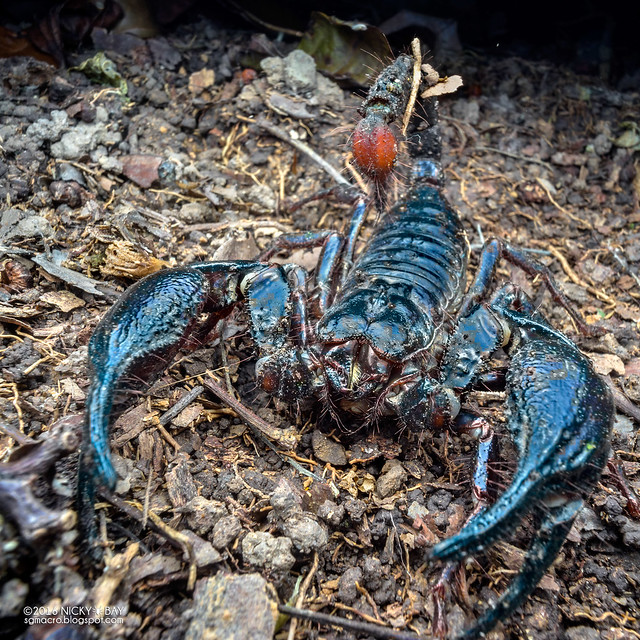 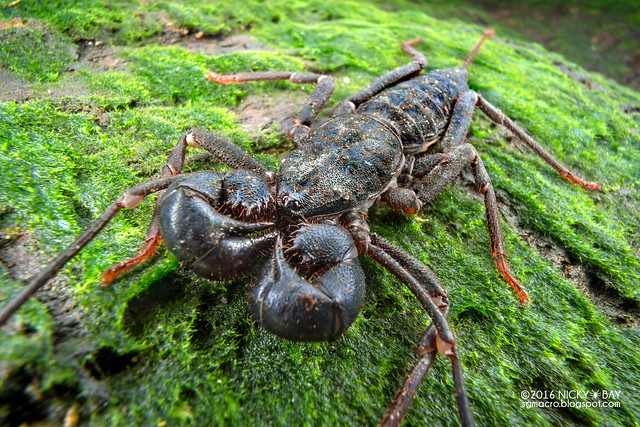 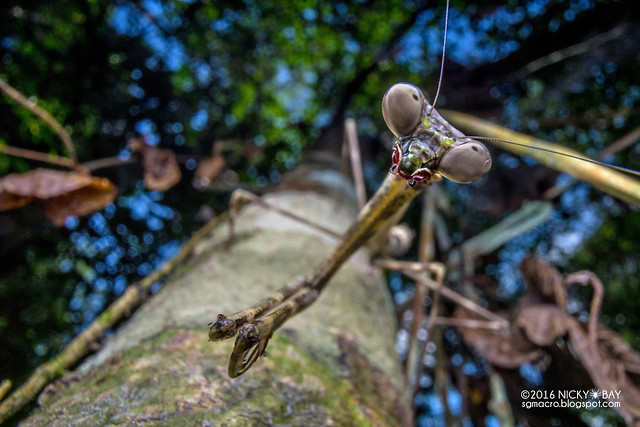 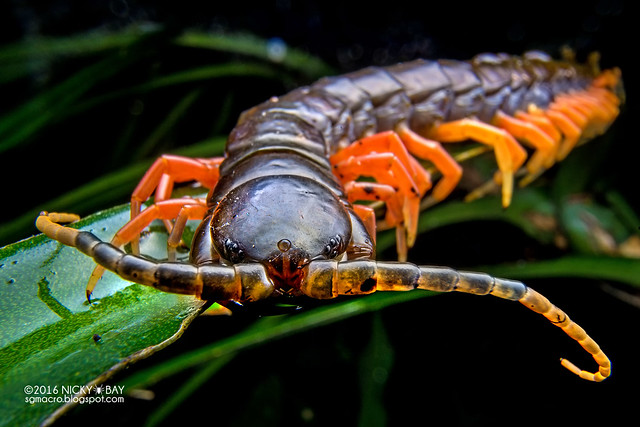 As awesome as this setup might sound, I am no longer using it. The camera is currently back with my wife to photograph our kid. It was also really a chore to lug 2 full frame camera systems around in the field. Despite that, this is a relatively simple setup for wide angle macro photography and definitely worth a try if you are interested in achieving such wide angle effects.

In my next post, I will elaborate on my current wide angle setup. It is bizarre and attracts stares from others, even from fellow macro photographers. The results? Spectacular! Subscribe to the mailing list to be notified when it is posted!

If you like my style of macro photography, consider joining the next macro photography workshop in Borneo Bootcamp 2017 and I’ll promise you an unforgettable adventure in the heart of Borneo with LOTS of bugs and spiders.

Macro with a Cheap, Light-weight Setup

The scene of a freshly moulted long-legged centipe