By
Nicky Bay
on
I was invited by Lance to visit this spot claimed to be full of Tiger Beetles. True enough, it was an amazing sight to have over 7 Tiger Beetles scampering in front of me, suntanning or having their breakfast.

Tiger Beetles are often found in sandy areas and run or fly away VERY quickly when approached. It can run at 8km/hour and is technically the fastest running land animal on the planet. The fastest species of tiger beetles can run at 125 body lengths per second, over 20 times faster than the world’s fastest human. Lets just say that for a human to perform the same feat in a 100m race, it would be over in 0.87 seconds. For the record, a cheetah can go to 33m/s or or 24 to 30 body lengths per second.

Interestingly, because of the speed it goes at, these beetles cannot get enough photons in their eyes (i.e. lose their vision) and have to stop after each spurt to re-orientate themselves in hunt for prey. This is described in an article here.

Anyway, some random bugs to warm up with… 🙂 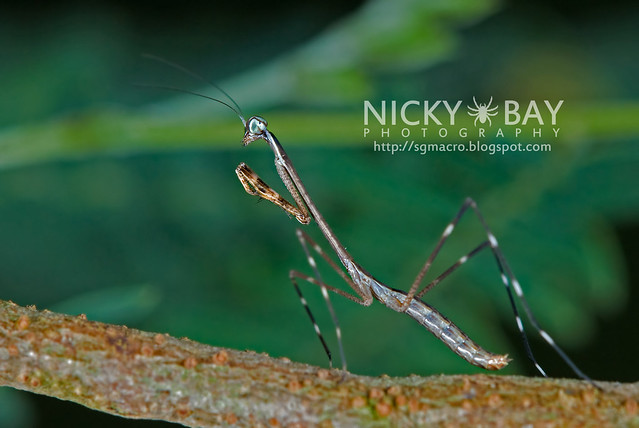 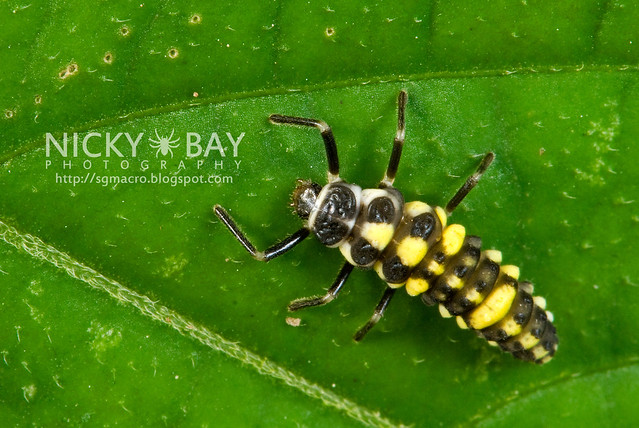 #2 Ladybird nymph, saw a few of them and one stuck to my camera for quite a while 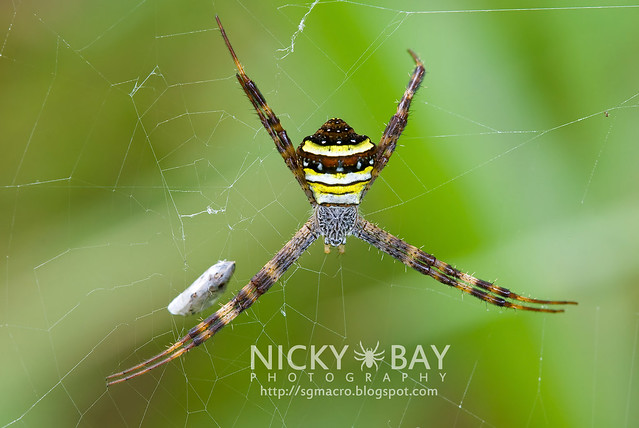 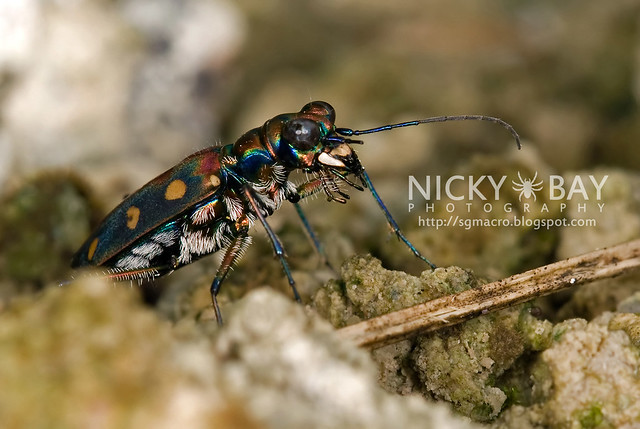 #4 First tiger beetle! wohoo! Had to lay my camera on the ground using an angled viewer to shoot them 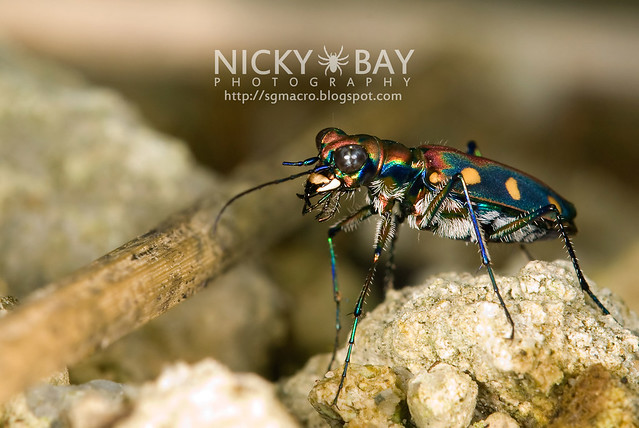 #5 It takes a lot of luck and patience to get to these guys.. extremely skittish and fast! 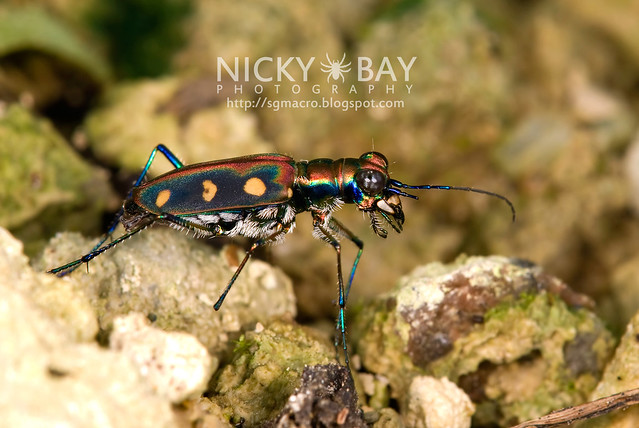 #6 Getting them from various angles 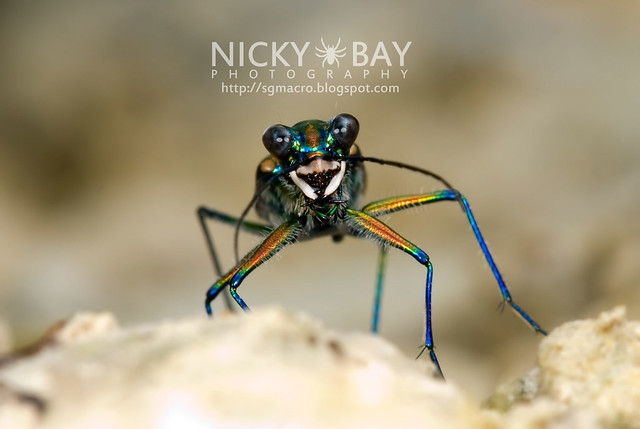 #7 Staring at one straight into the face 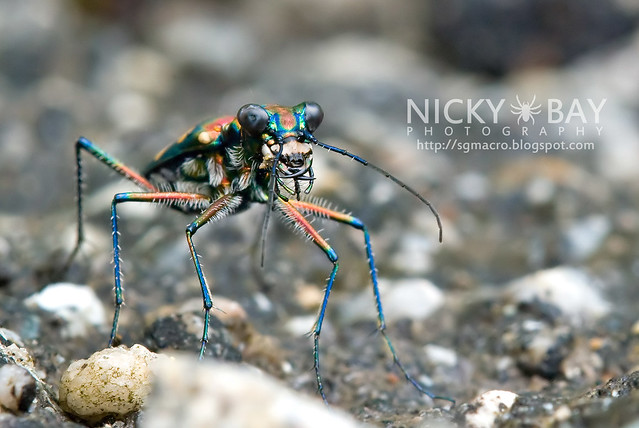 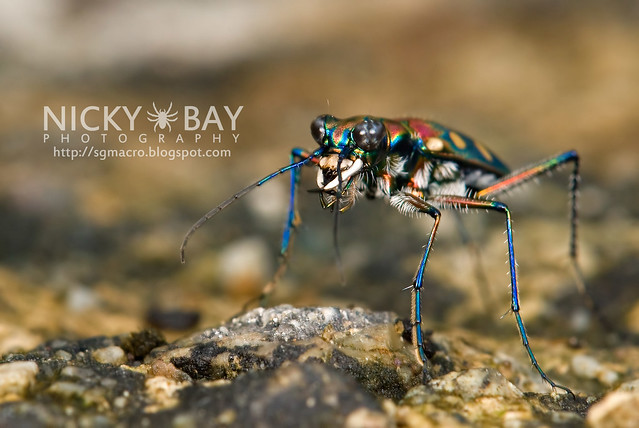 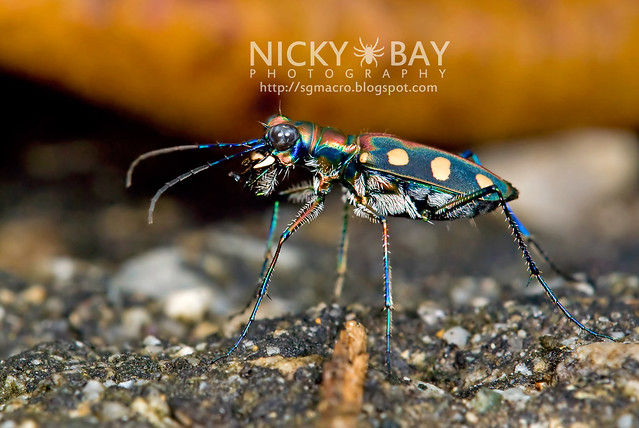 #10 It’s metallic looking legs and body proves to be reflective, but we didn’t have time to adjust the lighting! 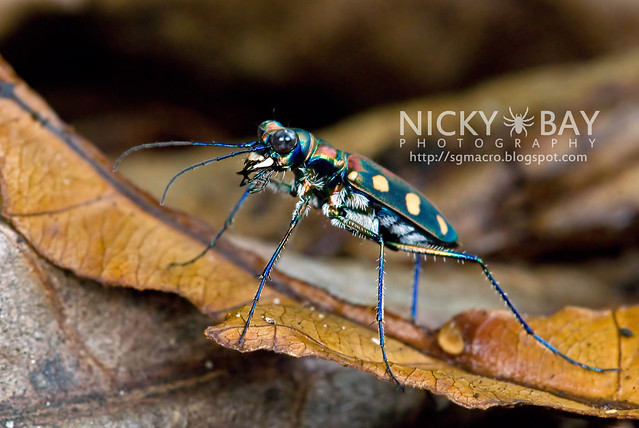 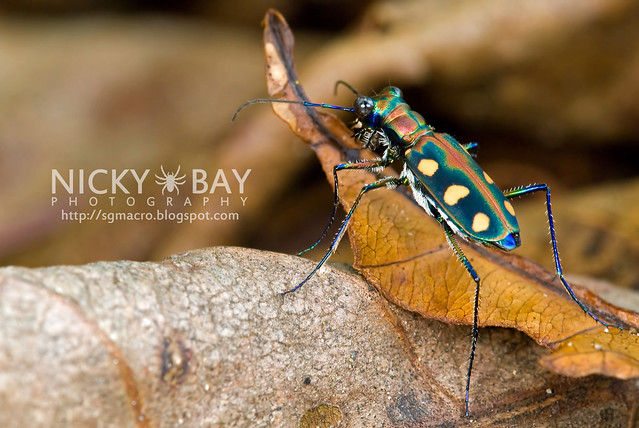 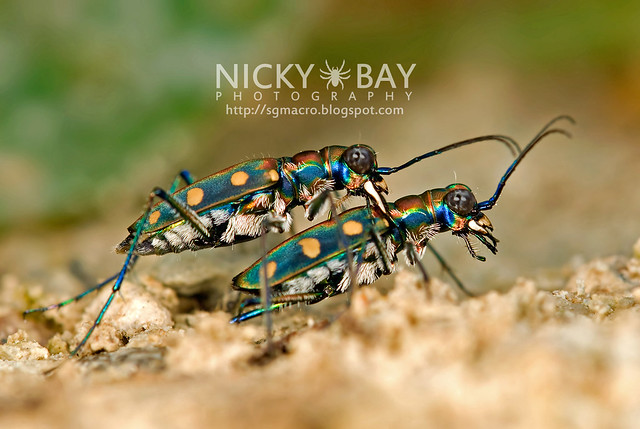 #13 Almost mating! Well, maybe they had already finished their business… 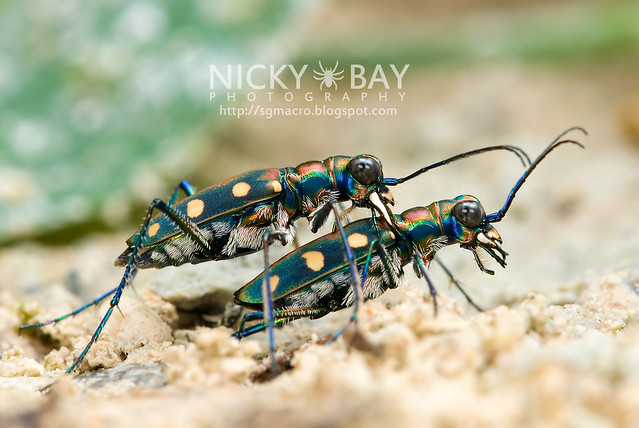 #14 Another shot with softer flash to obtain a brighter background