By
Nicky Bay
on
Joined the groupie of Macrographers in an outing led by Benjamin! Most of us were misled into parking in front of the Detention Barracks, while the entrance to the trail was much nearer to the HDB estate!

I had a very slow and lethargic walk and couldn’t find much bugs, except for a number of male crab spiders. Very oddly, I could only find the males. The female crab spiders were normally more visible due to their size (usually several times larger than the male). Many would mistake the male for the kid when found together with the female! Here’s an old picture to illustrate the difference in size: 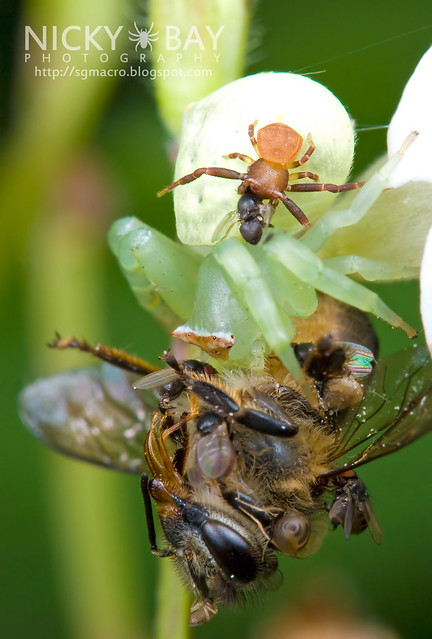 Here are the catches for the day, more time spent on idle talk so there weren’t too many finds. lol 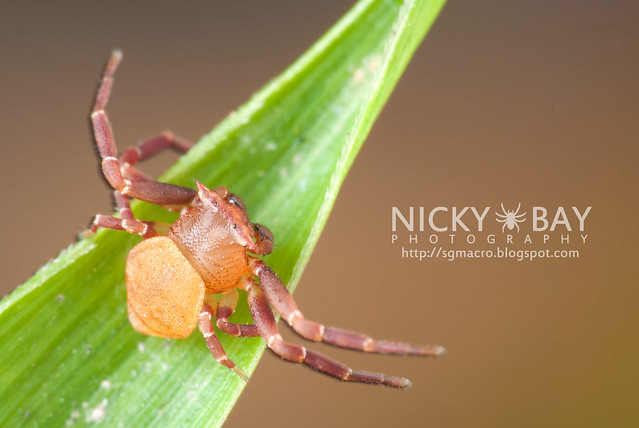 #1 Here’s the tiny fella. Tried to get a brighter background using longer exposure, but it twitched each time the flash fired, leading to the black halos where the legs were moving. Remember to use rear-sync flash next time… 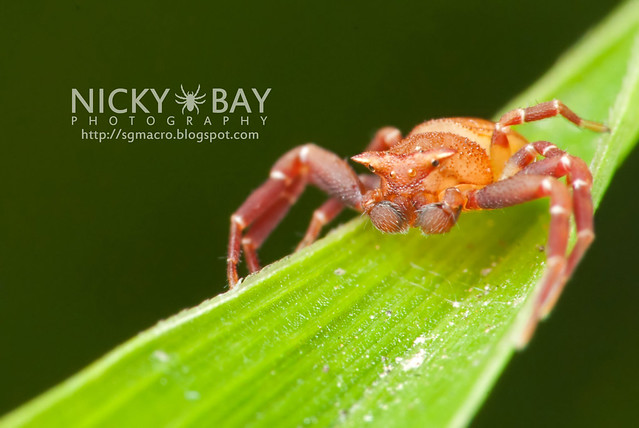 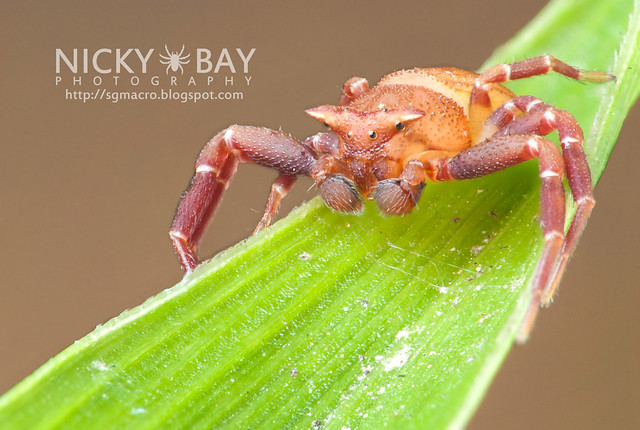 #3 Another view with a brighter background 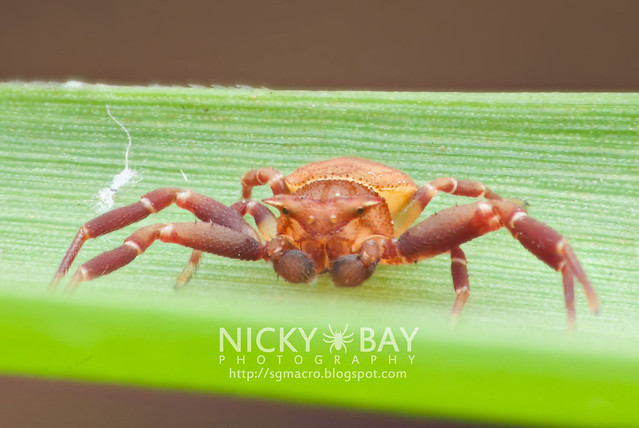 #4 Not looking too happy with my flashes all over him

Other common subjects of the day… 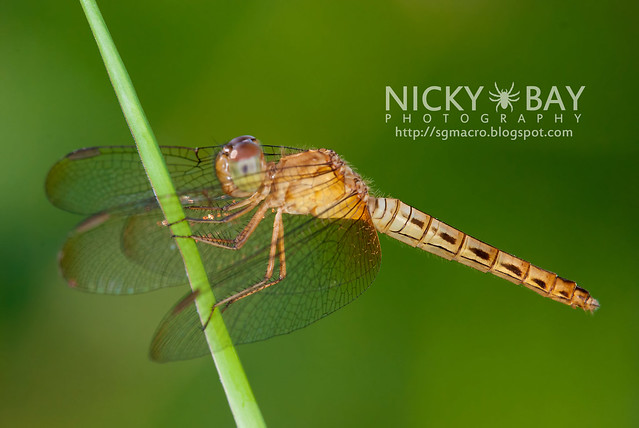 #5 Dragonfly, one of the more common species I think? 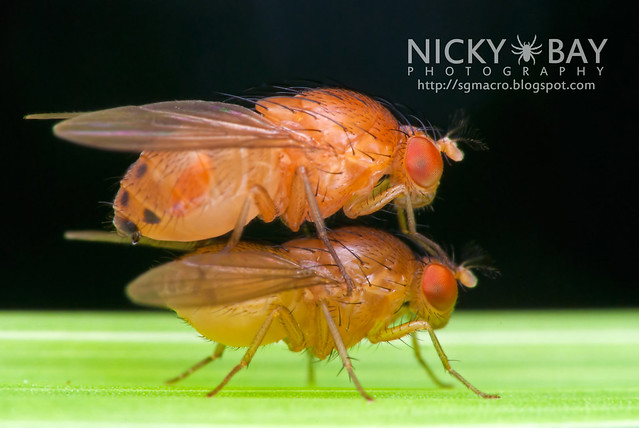 And an orb weaver that was the only one that remained motionless while I tried to take multiple shots for stacking. Not sure of exact species, as I didn’t take a full view of the abdomen. 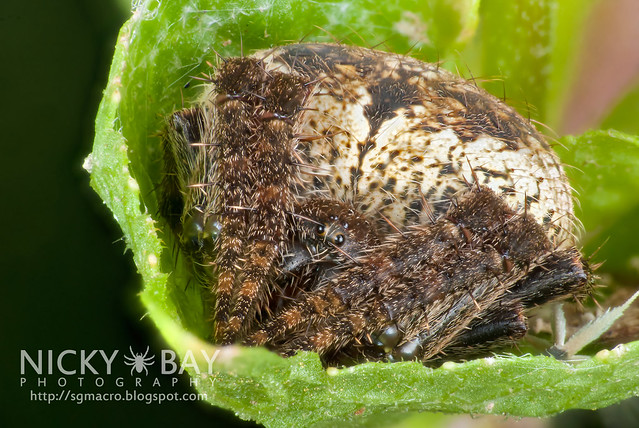 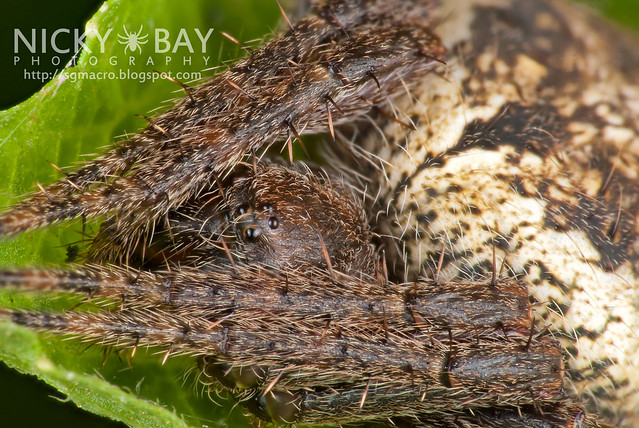 #9 Closer view from above

Next subject is not as common – an ichneumon wasp? Only recognized it’s extremely long “tail”. 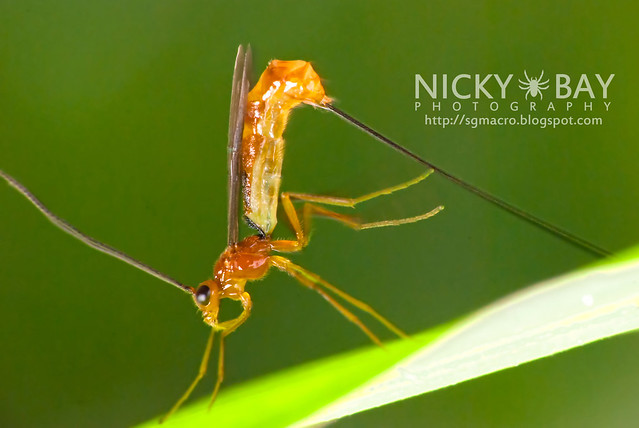 #10 Maybe it was trying to lay eggs… but realized that this is not a tree trunk but a leaf! 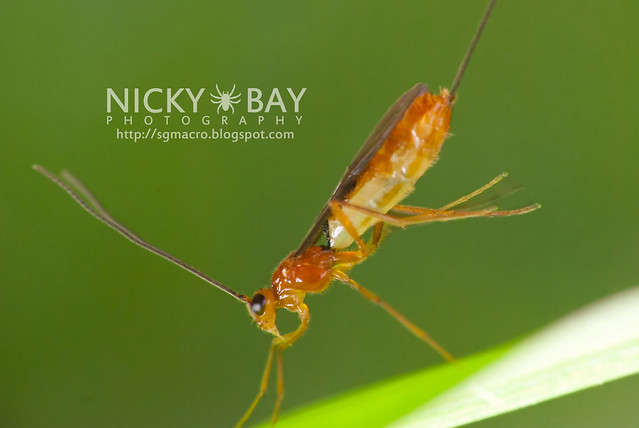 #11 Doing some gymnastics with a hand stand

Last shot of the day, was an inconspicuous caterpillar, which appeared completely black when I first saw it. 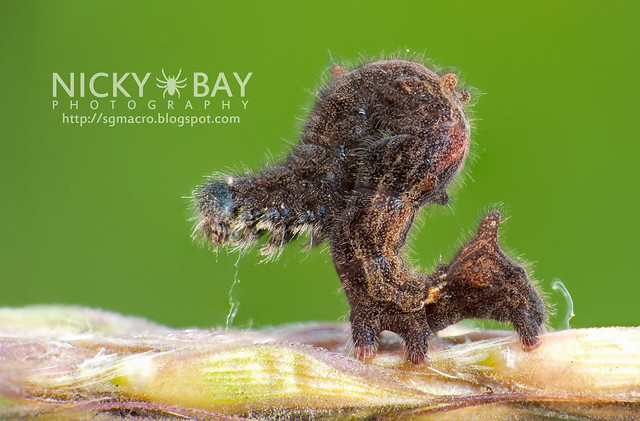