By
Nicky Bay
on
First off, this post has nothing to do with macro photography – but I’m guessing that many of you reading this blog would be interested in this as well. The photos were also not by me as I was in a restricted area and was not authorized to bring a camera. Someone with me had an authorized camera though, so we documented this cute little encounter. 🙂

The Sunda Pangolin (Manis javanica) is a clumsy looking, and somewhat slow moving scaly anteater. It feeds on ants and termites, which probably explained how we spotted it in the first place! The name “pangolin” comes from the Malay word peng-guling, which means “roller”, which refers to their habit of rolling up into a ball, often when threatened.

Just over a week ago, we were fighting with termite infestation problems and due to lots of red tape, pest exterminators had not appeared yet. We first spotted an odd silhuoette trudging towards some bushes, but could not find it again after it went in. Later, I had a clear sight of it as it was galloping away from our termite infestation area — a Sunda Pangolin! Ok call me suaku, but it was my first time seeing this cute fella, so we got closer to observe the not so little dude. 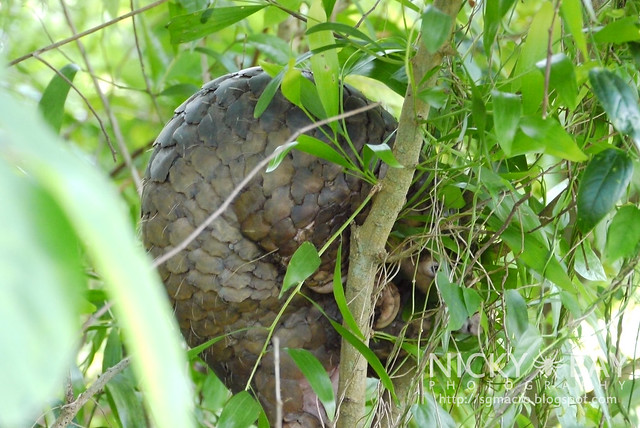 #1 Followed it into the bushes, and found it climbing a tree 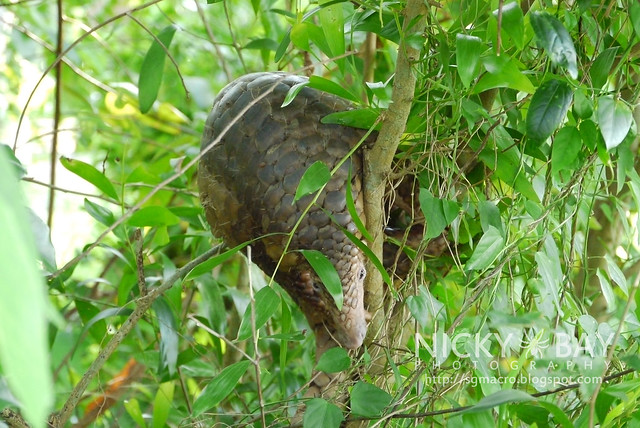 #2 Perched and looking for food! 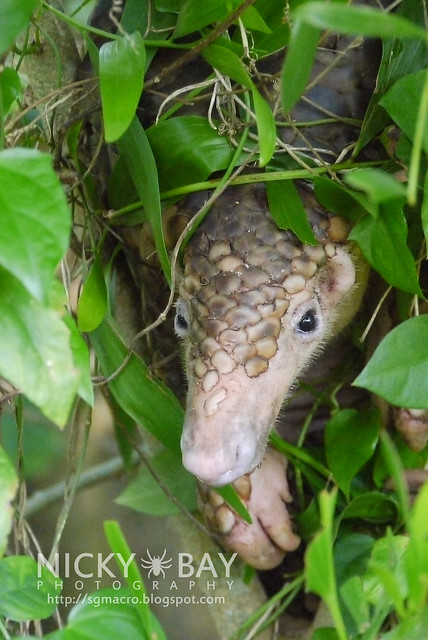 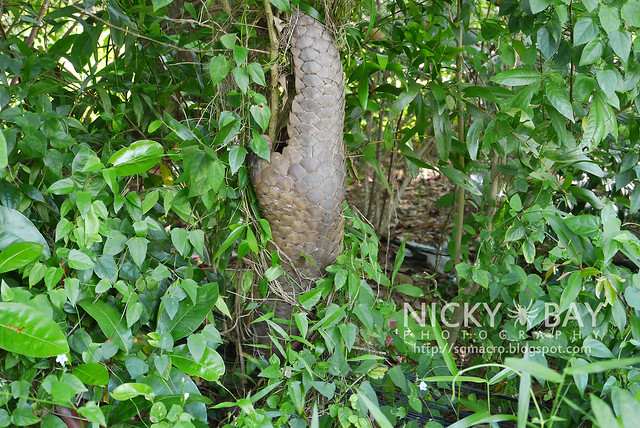 #4 No luck there, decided to scamper down the small tree 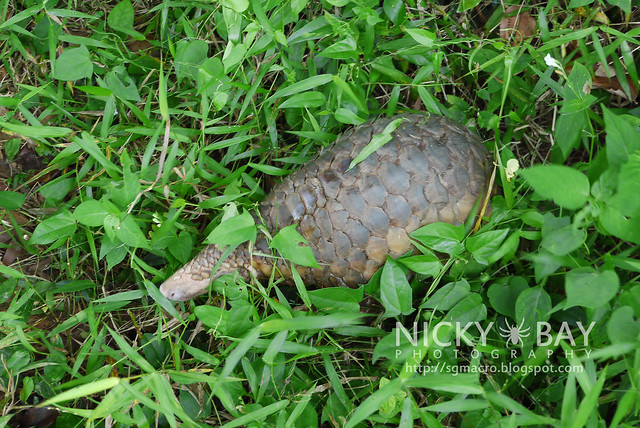 #5 Started walking towards me, I look like an ant meh? 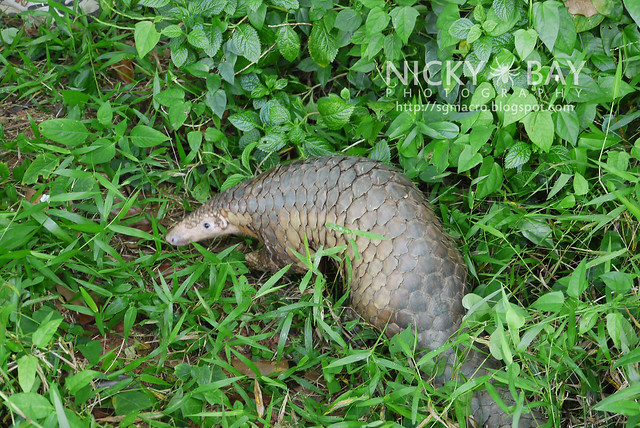 #6 Stood up, looked around, and then turned around. Ok, me don’t look like ant 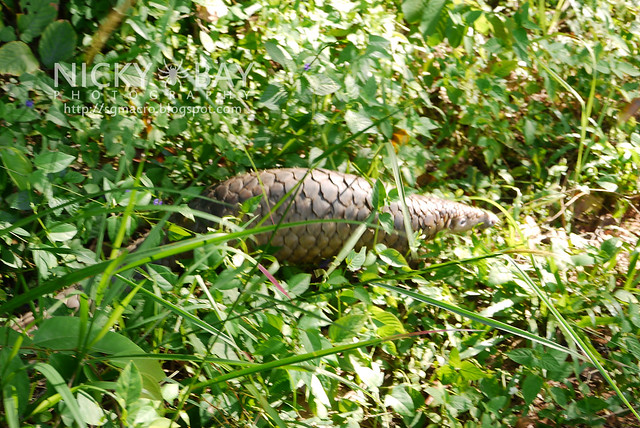 #7 Got sick of us and decided to run further out. We decided not to disturb it and let it scamper away happily
TAGS
< PREVIOUS POST

Zooming in for a Closer View