Singapore has Giraffes too!

By
Nicky Bay
on
Giraffe Weevils, also known as Leaf-Rolling Weevils are not commonly seen in Singapore. Most are known to be extremely skittish and take off quickly when human presence is detected. It is distinct for it’s exceptionally long neck, especially in the males.

In Chinese, these cute critters are called 长颈捲叶象鼻虫. Literally translated to “Long-Necked Leaf-Rolling Elephant Nosed Bug”. When about to lay eggs, the females would roll a leaf up on it’s host plant. Midway through the leaf-rolling process, it would deposit it’s eggs and continue rolling the leaf until it looks like a popiah (springroll).

Here’s a video of how the giraffe weevils fight with their long necks, mate, and construct their leaf-rolled nests


Here’s another video (in Chinese) of the leaf-rolling process:


Some giraffe weevils had been discovered in Singapore recently and many macro shooters had been visiting them. Til date, the host plants seem to have suffered considerably, with leaves broken off, vegetation flattened and nests dropped. Hopefully as the furor wears off… they’d be able to reproduce without disturbance again. 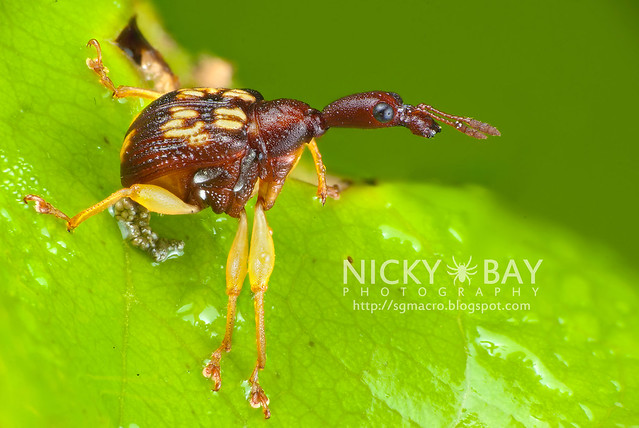 #2 She was taking very long… so I had more shots of the same view. @[email protected] 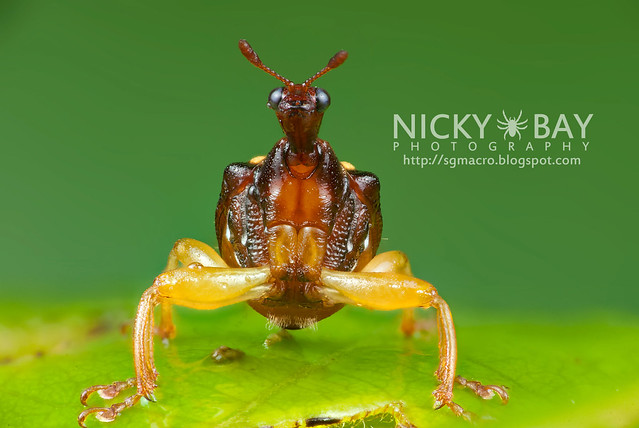 #3 Face view, she peered curiously at my camera

#4 And began cleaning her face 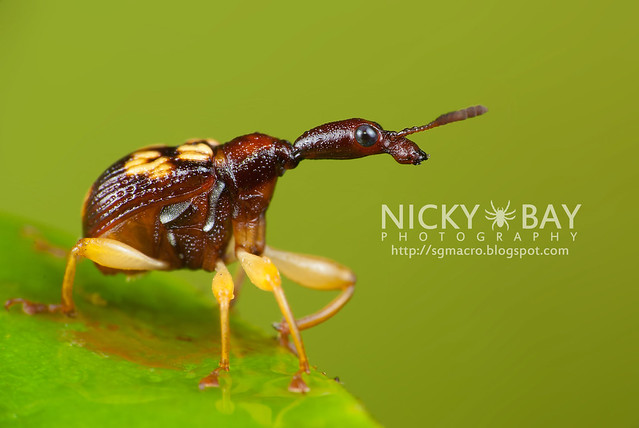 #5 Started wandering around the leaf 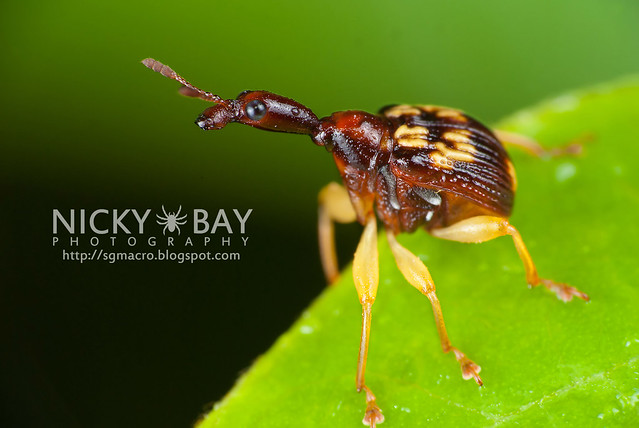 #6 And wondering when I’d stop shooting 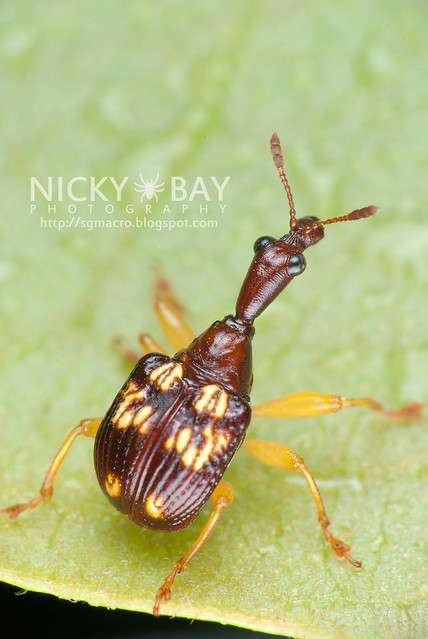 #7 Record shot of the top view 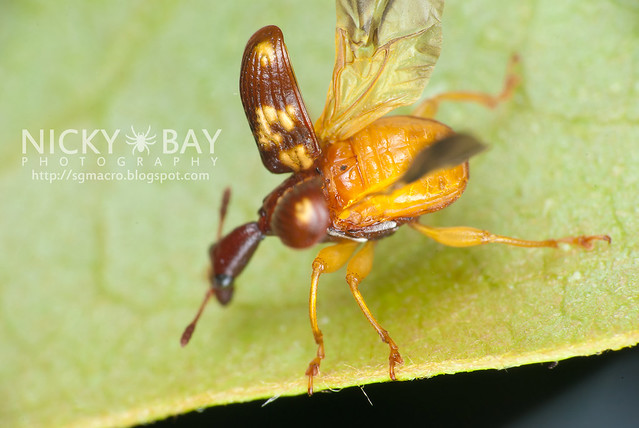 While I only observed the Giraffe Weevils over 2 weekends, no males were spotted. I began wondering how they managed to reproduce…. 😛 Hope to see a male appearing soon and we’ll have more giraffes in Singapore!!
TAGS
< PREVIOUS POST