By
Nicky Bay
on
Back to my macro kindergarten at Admiralty Park (AP) again! Showed the other shooters around to the common residents of AP, and took my time fiddling with some simple subjects. There were more than 10 of us, so the whole gang had to spread out, with everyone getting different catches.

The tortoise beetle behaves like a tortoise and looks like a beetle. Sometimes, it has a flat transparent shell protecting it’s body. The one I shot today has a mottled shell, so it does not look as transparent. Several colours of this beautiful beetle can be found in Admiralty Park! Thanks to Jacobs for spotting this little fella! 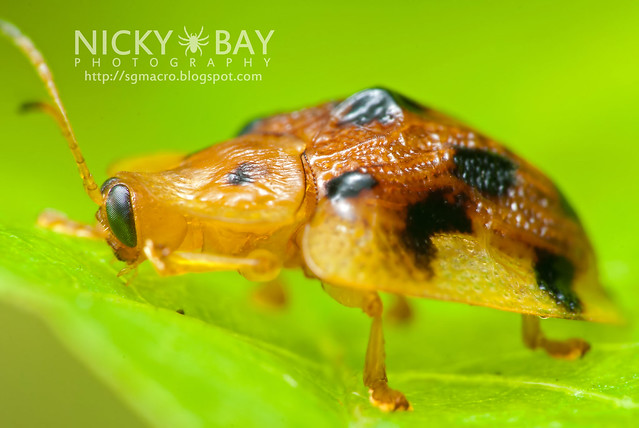 #1 Side view of the little dude 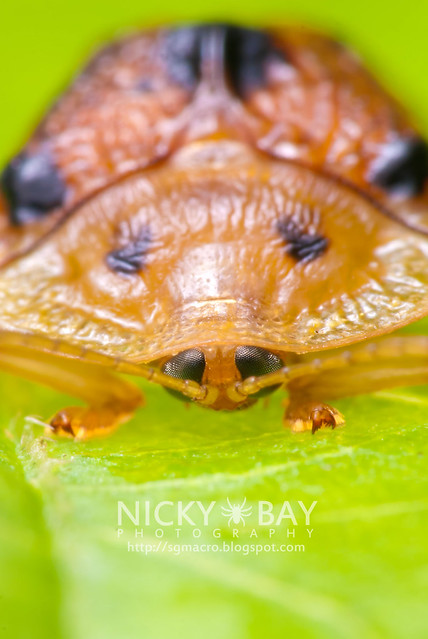 #2 It kept hiding it’s face under it’s shell. Hard to get the shy fella to look up! 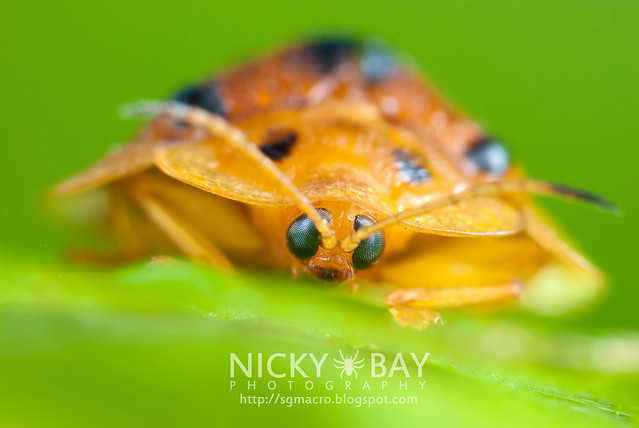 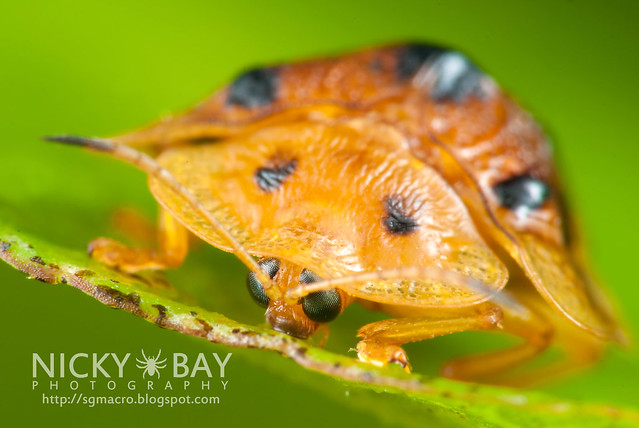 #4 It ignored me and continued drinking water from the leaf 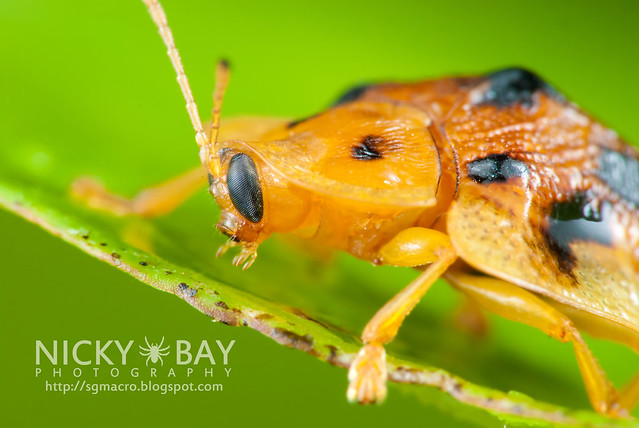 #5 Finally stuck it’s head out, so I went closer to get some details

#6 Zooming in to the eye

While we’re at it… here are some other tortoise beetles that I had found so far. Incidentally, all were found in Admiralty Park. 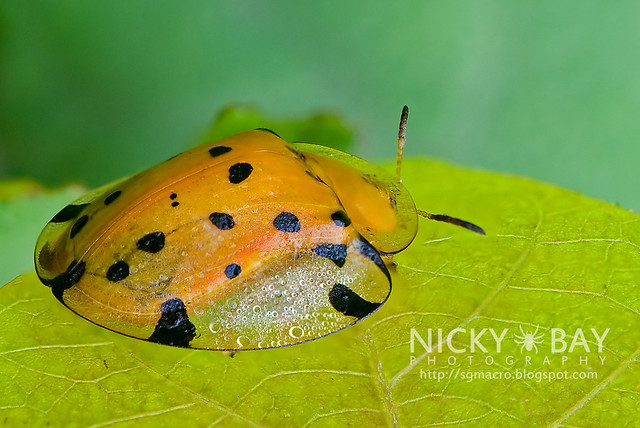 #7 This had a smoother shell

Of course, there were other species in yellow, and even the golden tortoise beetle but I had not had the luck to chance upon them yet!

Here are the other subjects of the day, no less important though! 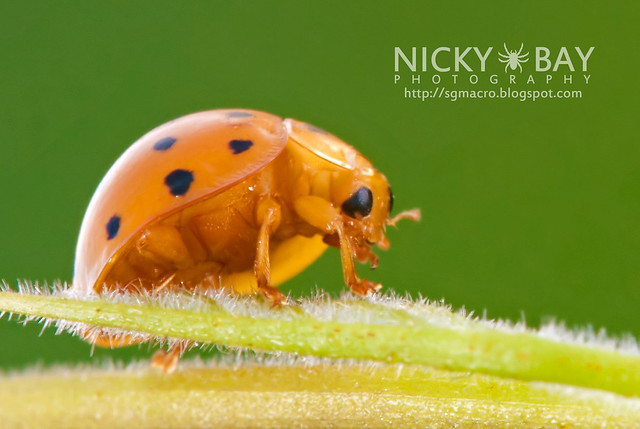 #9 Little ladybird. Did you know, it is called ladybird in British English, and ladybug in American English. Just in case you ever got confused. 🙂

#10 The lady puts on make up in the morning 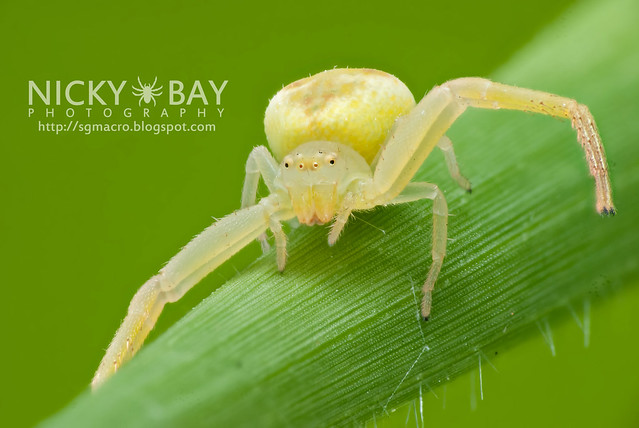 #11 A tiny crab spider, difficult to properly expose these guys as they are predominantly white 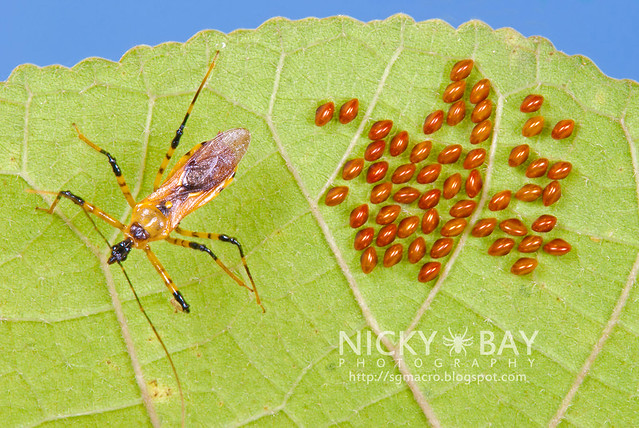 #12 Assassin bug tending to it’s eggs. Saw this underneath a leaf from a distance, just over 2m high! The blue came from the sky, scorching hot sun so I had to ramp up my flash to the maximum power.

The little trip ended with a nice wantan mee meal sponsored by Dansen. Thanks for the generosity mate!

Next post coming up soon, having a marathon shoot til night! @[email protected]