After just over an hour of sleep, we dragged ourselves out of bed for a long day ahead! Our transport was already waiting for us at 7am while we were still shooting at 4am. lol. With a quick breakfast with bread, eggs and miscellaneous spreads, we were on our way to Gunung Gading National Park.

The journey took almost 2 hours, and we tried to get some shut eye while jiggling away on the minibus. Interestingly the vehicle had to cross several rivers along the way.

All behind the scenes shots are from Melvyn’s Sony TX5, Nicky’s Galaxy SII and David’s iPhone. Victor’s S90 was lost on the cab, and nobody knows where Ben hid his photos from his EP3.

#2 All into the minibus and ready to go!!

#3 Crossing a river, all vehicles had to go aboard

#4 Going in the other direction

#5 Arrived at Gunung Gading!! Our primary objective here is to shoot 2 species of lantern bugs. Would we be successful? Saw the first lantern bug near the guard house, but it flew off before we could even take out our gear. 🙁 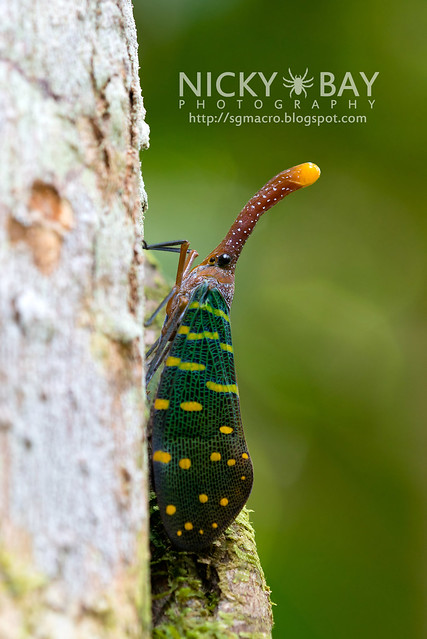 #7 Within 50 meters from the start of the trail, we found the first pair of lantern bugs! This is a beautiful specimen of Pyrops intricata with a distinct yellow tip at the end of the snout. I just took some record shots and went on hunting for more, confident that they would be in abundance, only to regret it later. 😛 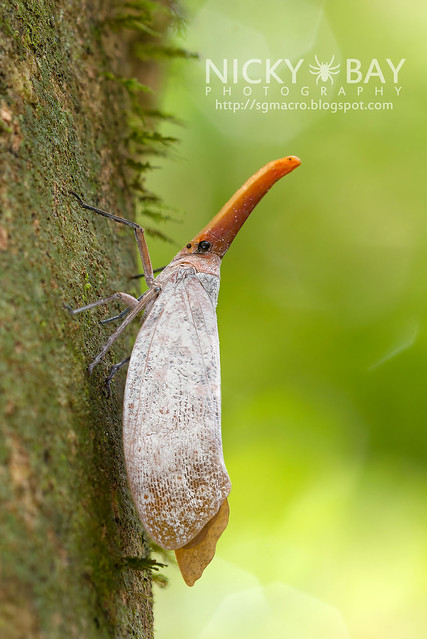 #9 Nick found another species of the lantern bug (Pyrops sultana) but it was about 2 meters high. I had to use live view and tip toe to get this shot. Finding this required a bit of bashing off-path, credits to Nick for finding it! 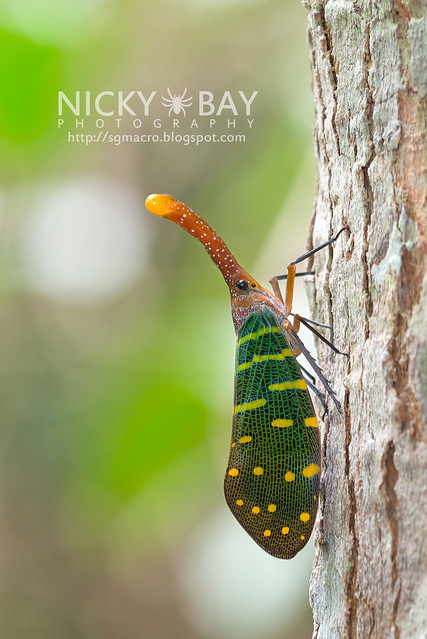 #11 Couldn’t find anymore! Went back to shoot the Pyrops intricata again, but they had already climbed rather high. I had to do a bit of climbing myself to get this. 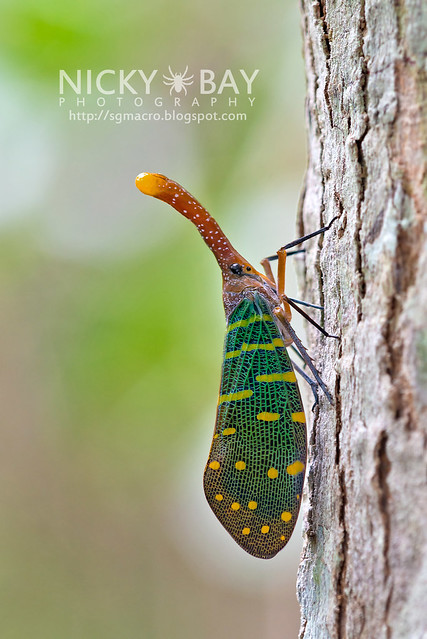 #12 Slight readjustment, due to the strong backlight 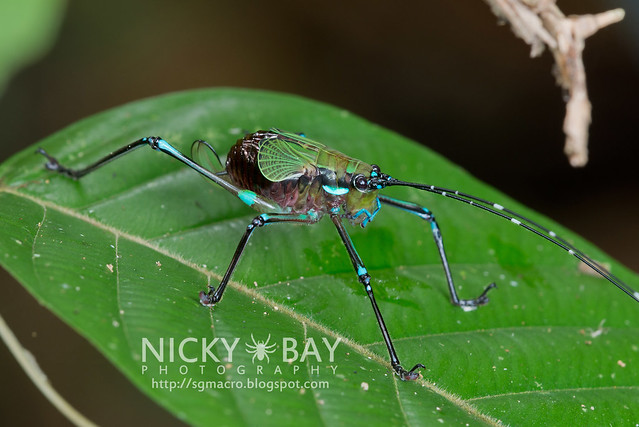 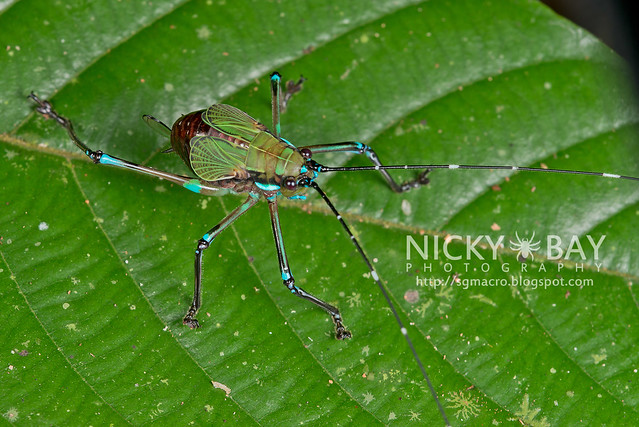 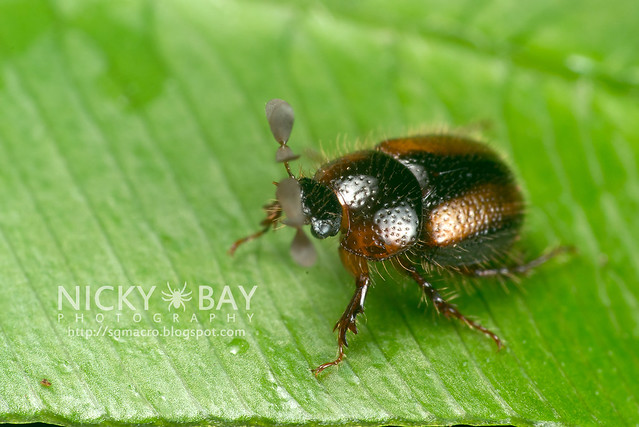 #15 Melvyn showed me this beetle with very cute antennae. Unfortunately it flew off after I took this shot. 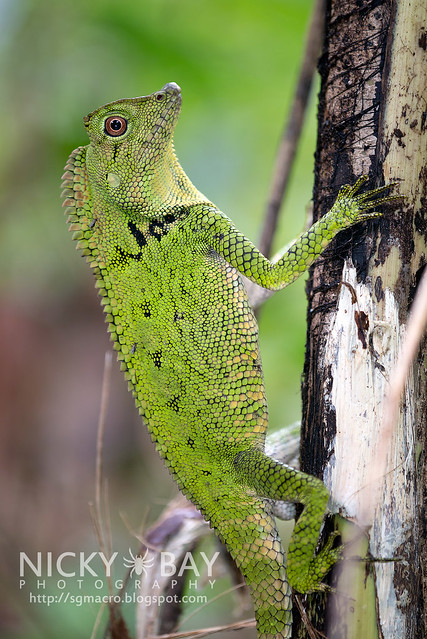 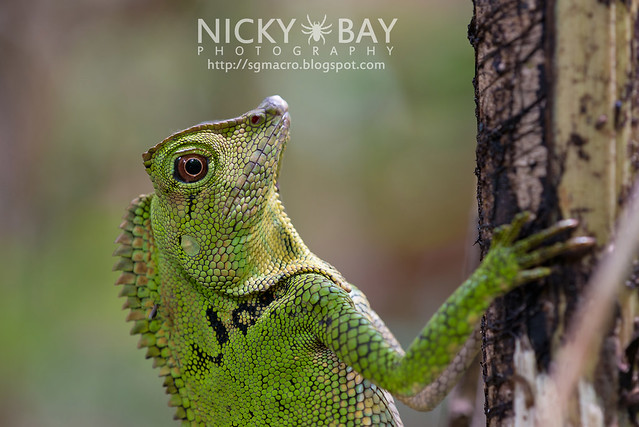 #19 Further down, we found a Rafflesia! Looked more like a rotten cabbage lor..

#20 I stared inside and took a sniff, very fresh. Nothing rotten!

#23 Whole gang arrived so we took a group photo with the Rafflesia, pretending that it’s smelly. Nick not in the picture as he was shooting a lizard with blue eyes. zzz. 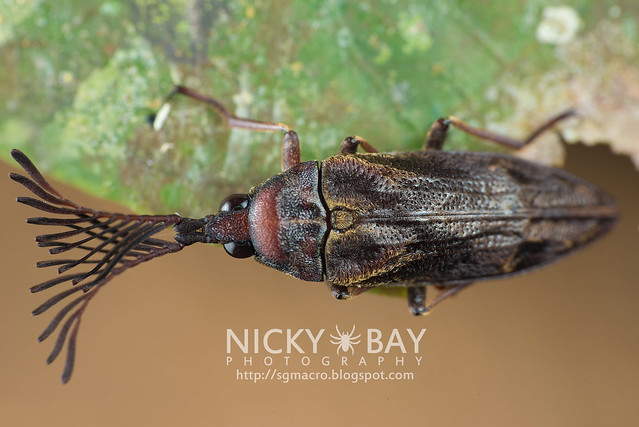 #24 Melvyn showed me this beetle with fan-like antenna 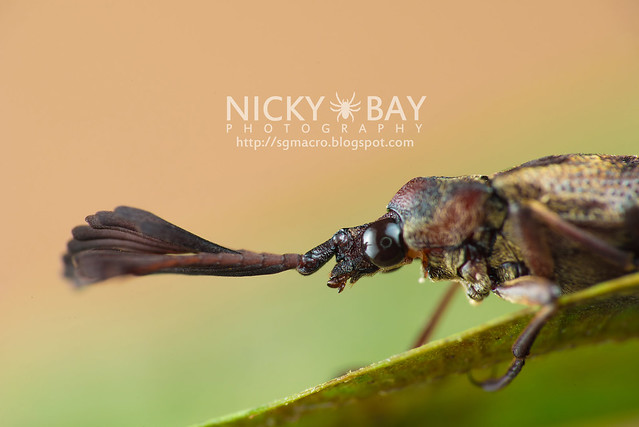 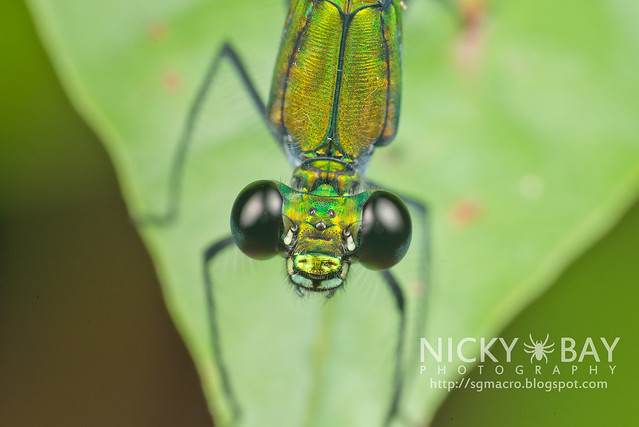 #27 Business was slow, and we didn’t find much subjects along the trail

#28 Found a rest point where we had our lunch. Most brought sandwiches, and Lance fed us with his metal eggs from Taiwan. Really dry and hard! 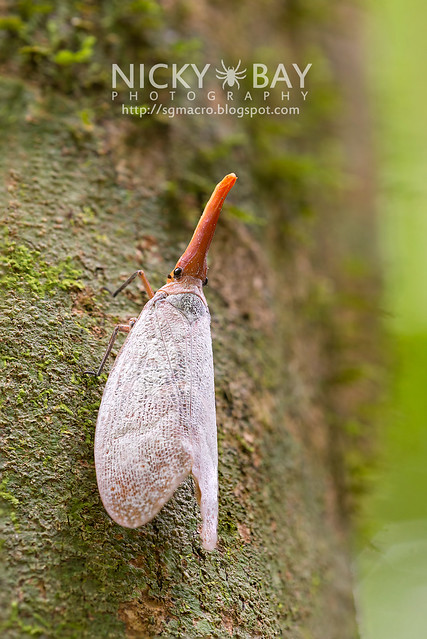 #30 Since the area seemed dry of subjects, I went back to shoot the Pyrops sultana again! Still that high… 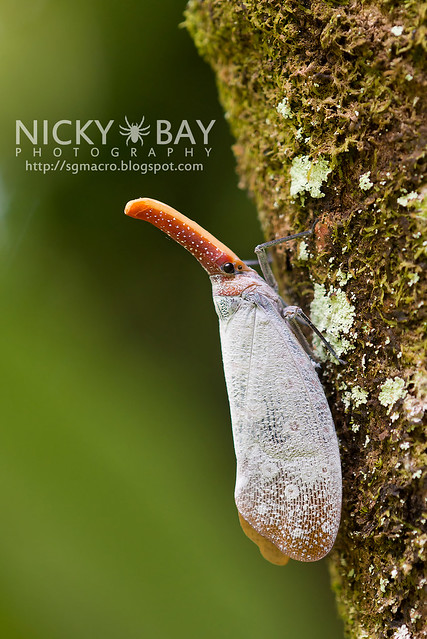 #31 We left the trail, and headed towards another boardwalk. Surprisingly, another Pyrops sultana was found amidst a noisy crowd of kids! 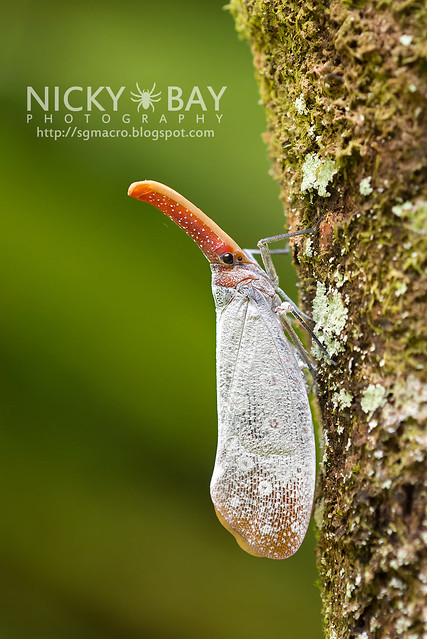 #32 Still at a very high position, so live view saved the day. 😛 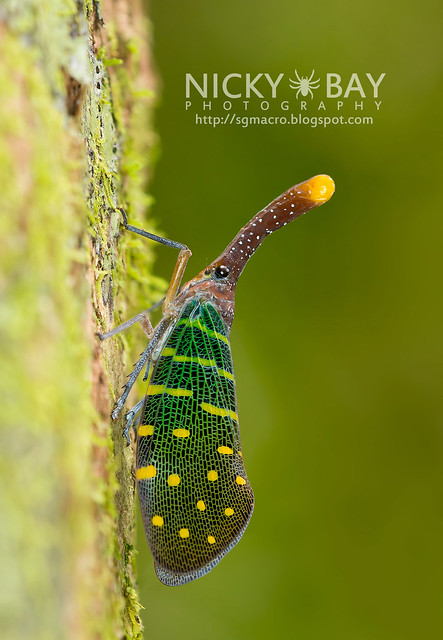 #33 I went deep into the boardwalk to look for a better positioned Pyrops intricata, and found this way high up. Climbed through several rocks and tried to balance myself to get this shot. Pity I didn’t take a pic of how I climbed up.. like a monkey!?

#34 The rain started pouring in!! We took shelter at the base of the boardwalk while waiting for the rain to stop. In fact, that was the end of our shoot at Gunung Gading, as we packed to leave.

#35 View of Gunung Gading as we left

#36 The transport needed almost an hour to get to us, so we spent time goofing around at the park entrance

#38 Rain started pouring again! Left us waiting at the bench like hobos

#39 Finally got ourselves out of the park, and Ben treated us to a nice seafood dinner! Most restaurants were closed due to Gawai, so we settled for whatever’s open.

#40 Back at the chalet in Kubah. Ben and Nick found that the longhorn beetle was still roaming around, and decided to take some studio shots with it

#42 Nomming a way on the green bean soup 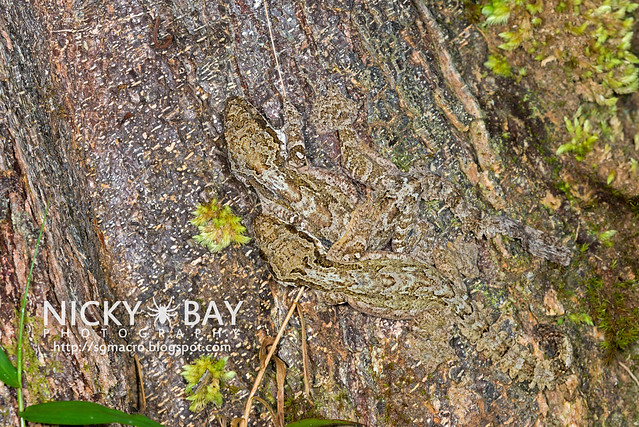 #43 Most of us were preparing to rest, but Melvyn couldn’t keep still and went out hunting for subjects. He found this pair of superbly camouflaged geckos, probably mating. Looks like Kuhl’s Flying Gecko? 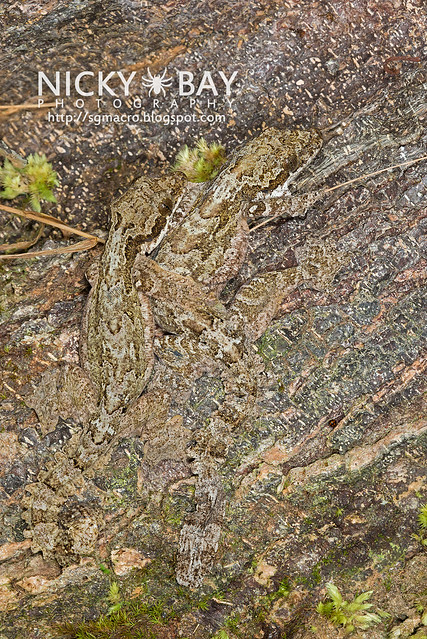 #44 Slightly different angle so that we can see the heads 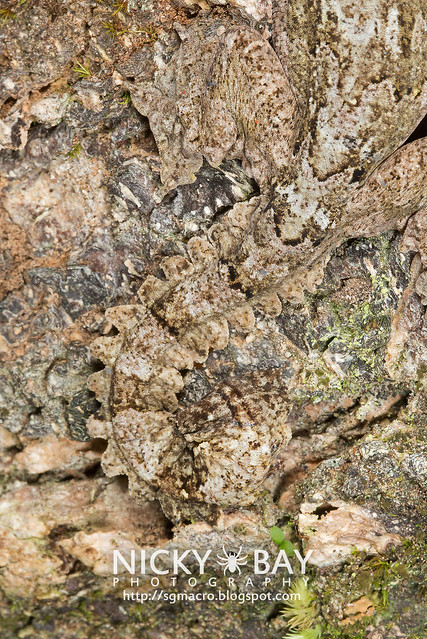 #45 CLose up on the tail, which seemed to disappear into the bark 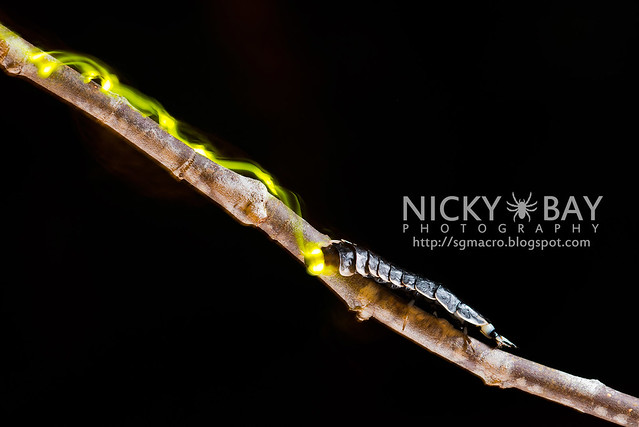 #46 We found a firefly larva (or glow worm) and let it run about on a stick, resulting in some interesting light trails. It had 2 “bulbs” of light at the end of it’s tail 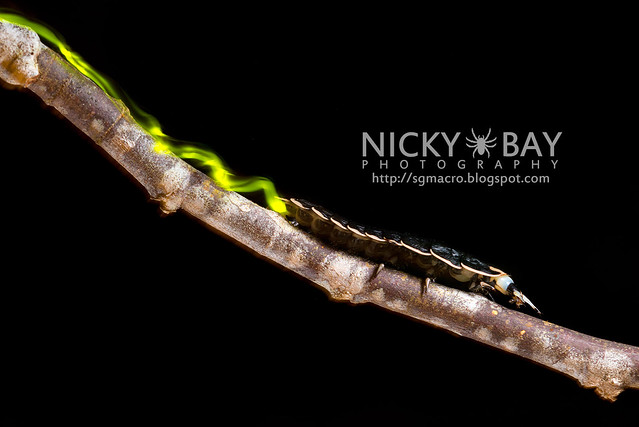 #47 Very bright, unlike others we’ve seen before 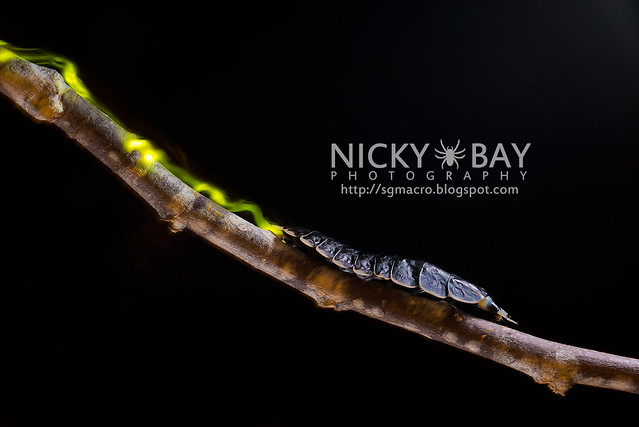 #48 Final shot, didn’t want to disturb it too much 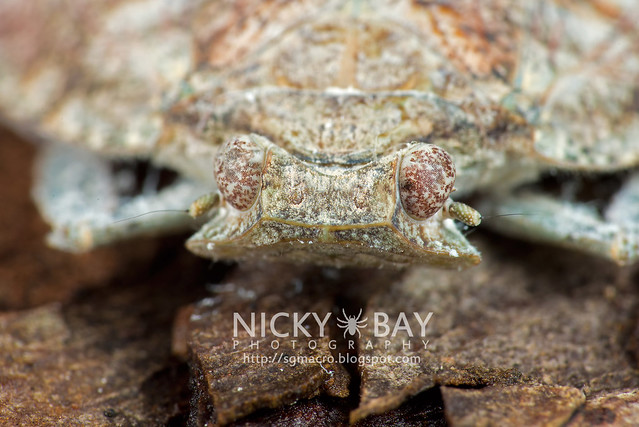 #49 Found the planthopper from day 1 again, and it was dead! 🙁 Took a head shot anyway. 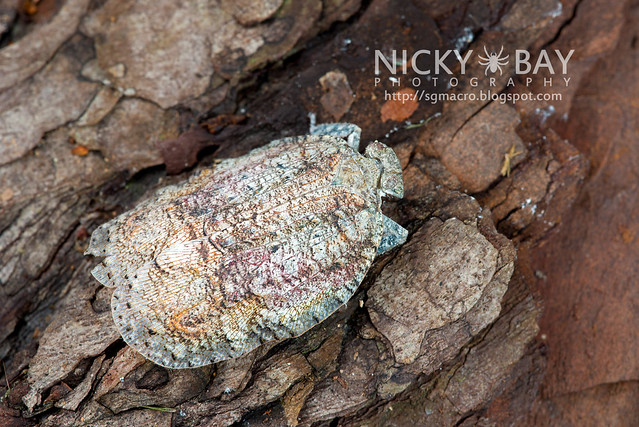 #50 Here’s how it looked normally

Everyone was tired and deprived of sleep, so we had an early night (12am? lol). Tougher trails await us in the following day!