Lurkers of the Night

By
Nicky Bay
on
Another night trip to observe the local tarantulas.

Most of the tarantulas we found were hiding at the entrance of their burrows. The burrows are typically woven with silk and the hosts would detect the presence of potential prey when they tread on the silk.

I used a very very soft and limp stalk, and moved it around the entrance, creating vibrations like a prey. The host tarantula would then rush out to grab the stalk and do a little tug of war with me. On realizing that its not supper, the hairy fella would retreat almost as quickly into its burrow. All this typically lasts for less than 5 seconds, and should not be repeated for a single tarantula (it will soon ignore you).

A word of warning for those interested in observing tarantulas though. NEVER push a stick into any tarantula burrow to dig the tarantula out. It will only push the tarantula further in, and even destroy its home/nest. After which, you’ll never see it there again.

With enough patience, it should be easy to spot one with half of its body sticking out of the burrow. That would be a creepy yet beautiful sight.

#1 A dried, soft twig trails the entrance and gets caught by the host tarantula. Returned back to its burrow within 3 seconds. 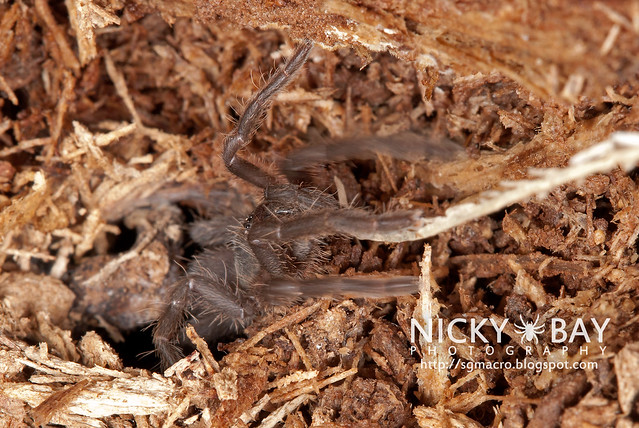 #2 It could either think that the stalk was food, or a threat. Hope it wasn’t too traumatized by the fake lure. 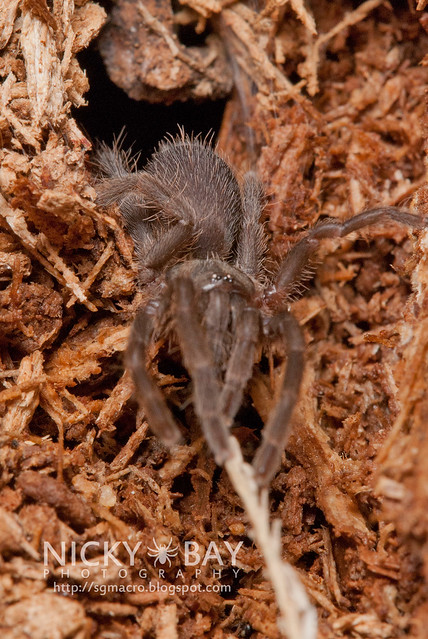 #3 The short tug of war. These fellas are strong, and I could feel it tugging at the stalk. 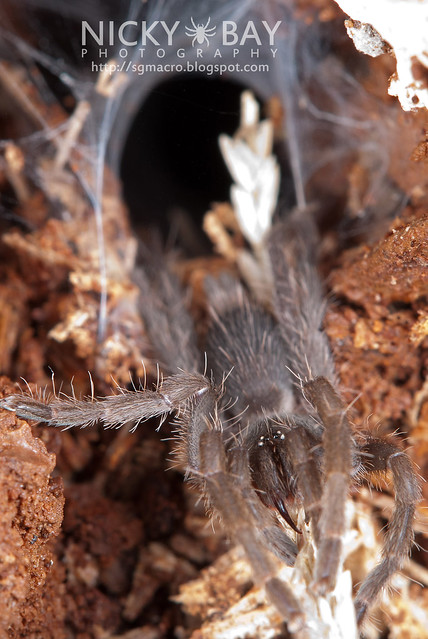 #4 Another burrow. The tarantula decided to climb up my stalk, but stopped midway and retreated almost as quickly. Look at the sharp fangs, bent on the kill! 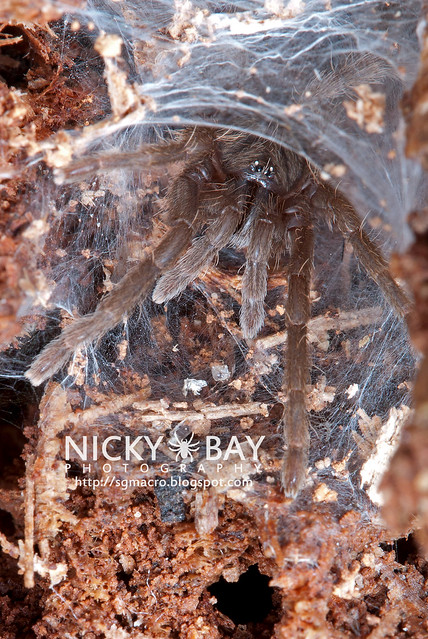 #5 Typical position to find the tarantulas in without disturbing them 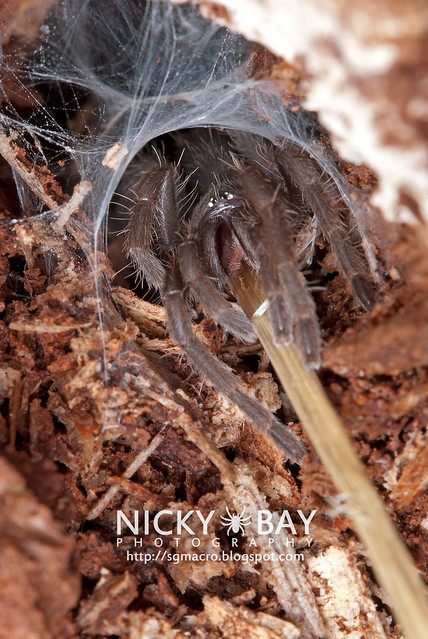 #6 Tried to pull my stalk in between its fangs

#7 Another animation sequence of the brief tug of war 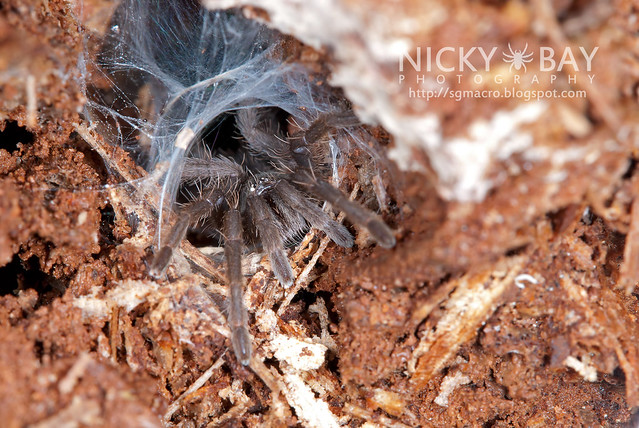 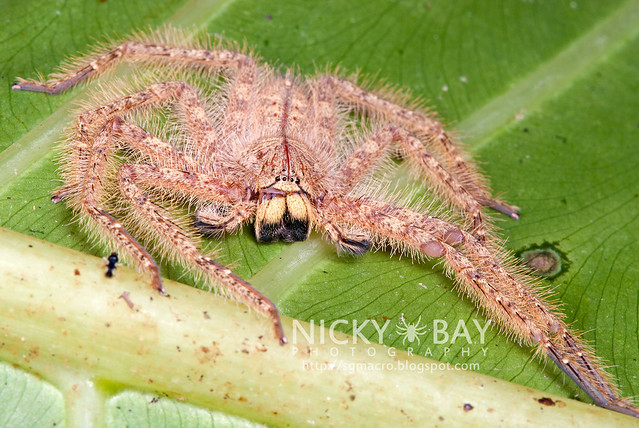 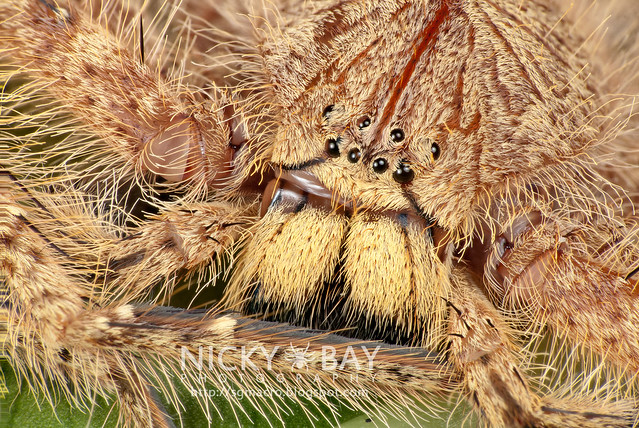 #10 Closing up on the Orange Huntsman 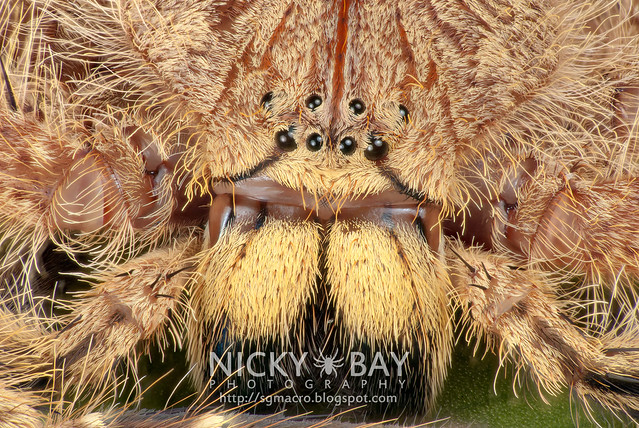 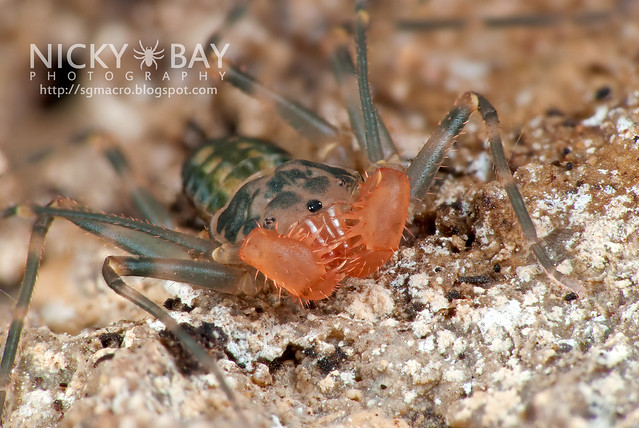 #12 Everyone had many shots of the Tailless Whip Scorpions (Amblypygi) but I only took a pic of one super tiny one (2-3mm). This juvenile had cute pink claws! More on this night creature posted here. 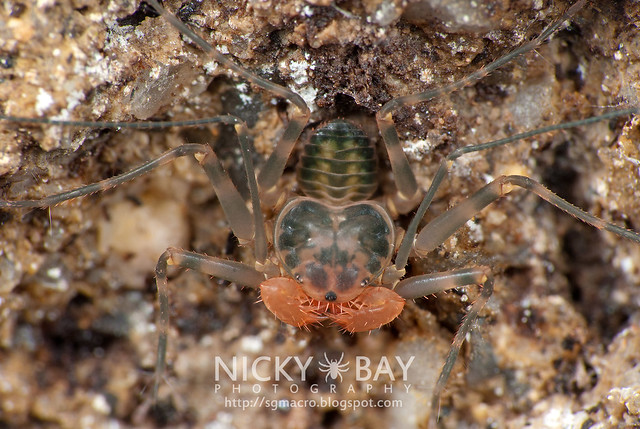 #13 Top view. The patterns of the shell appear blur, probably because it has yet to develop fully. 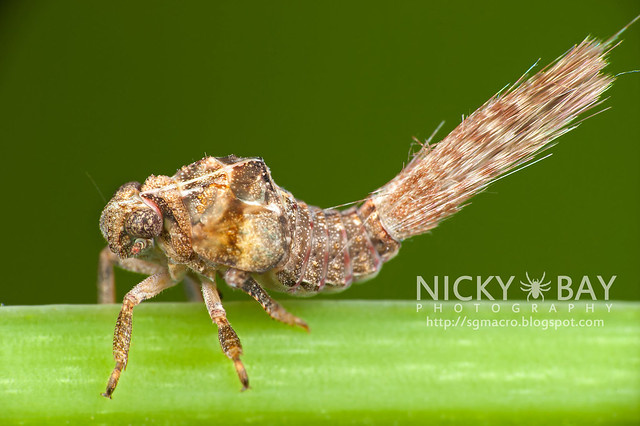 #14 Plant Hopper Nymph. The tail is like a brush, and some species have beautiful tails that look like fiber optic cables under flash light. 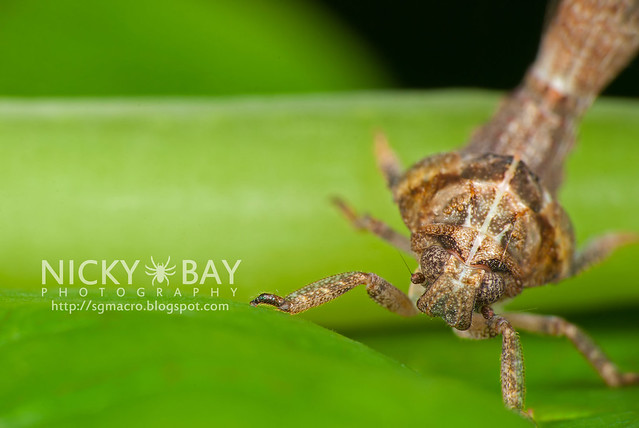 #15 It liked to move around, or rotate on the spot 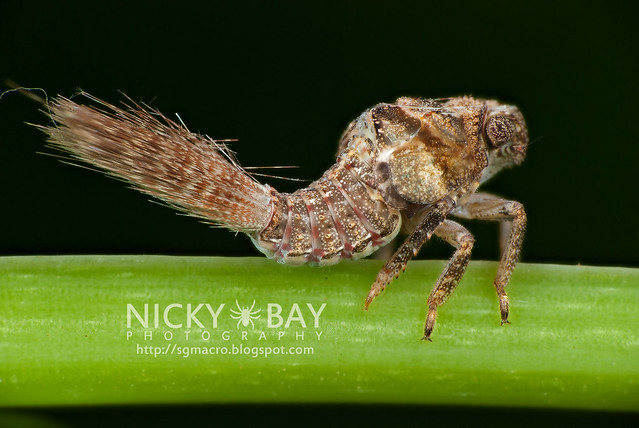 #16 Finally settled down, but no more bright background. 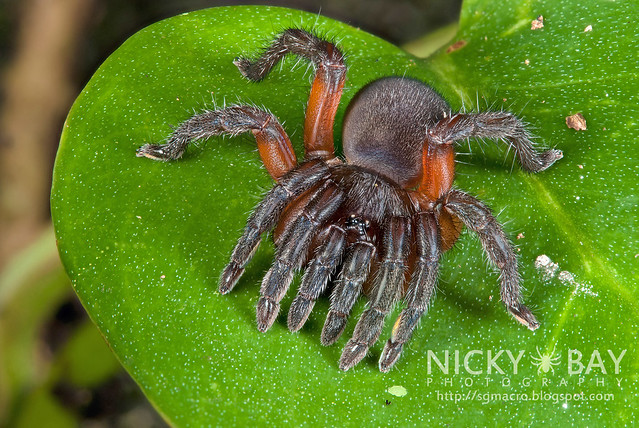 #17 Looks like a trap-door spider, spotted by David. It was resting on this leaf, but jumped off after we got closer. Mistaken to be a tarantula when first spotted. It has sharp pointed legs and appeared to be something else. 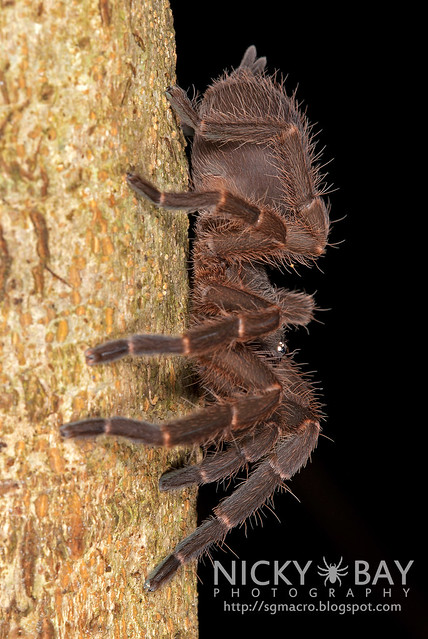 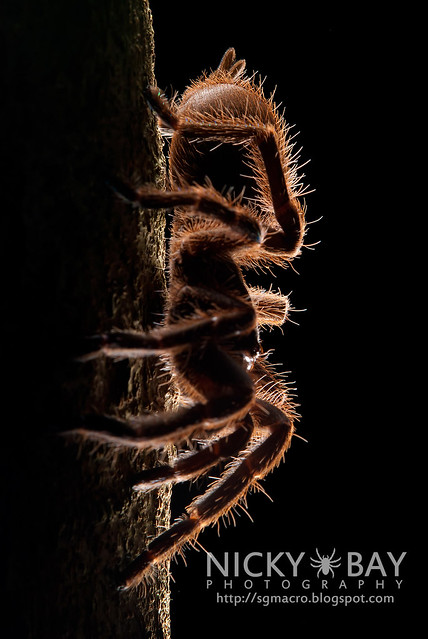 #19 My favorite shot of the night, manually positioned the flashes behind the subject, and asked Lance to help me press the the shutter release! 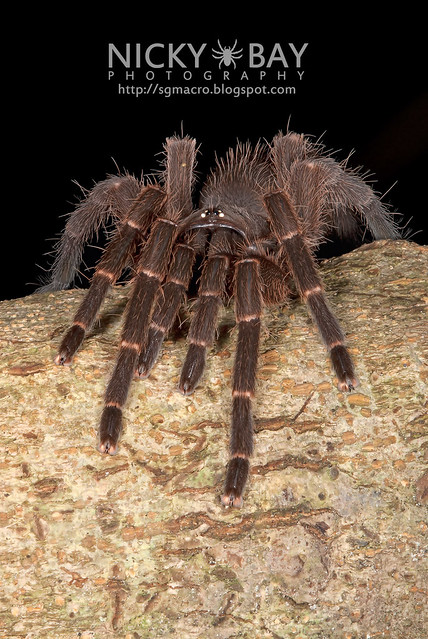 #20 I got lucky, as it started to move… into a nicer position for me! 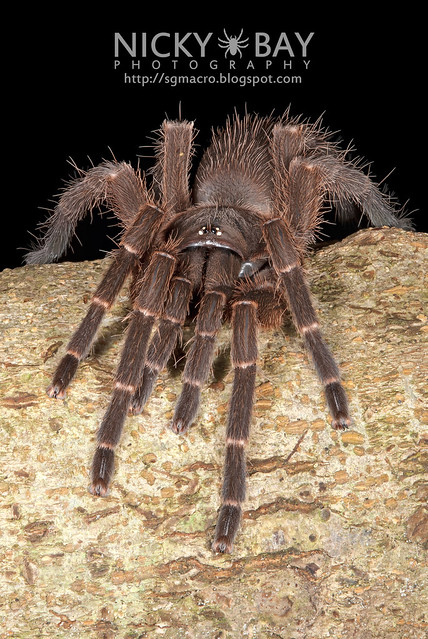 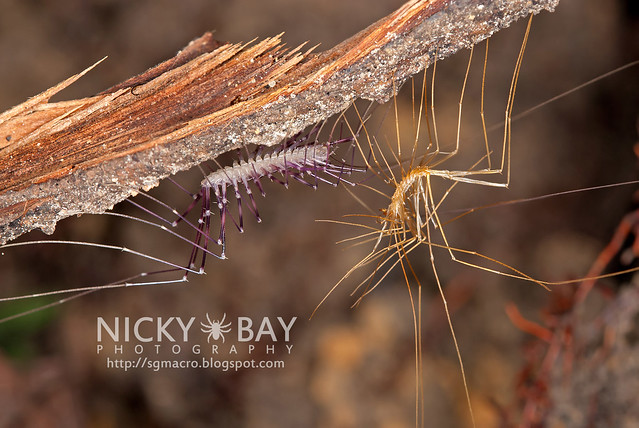 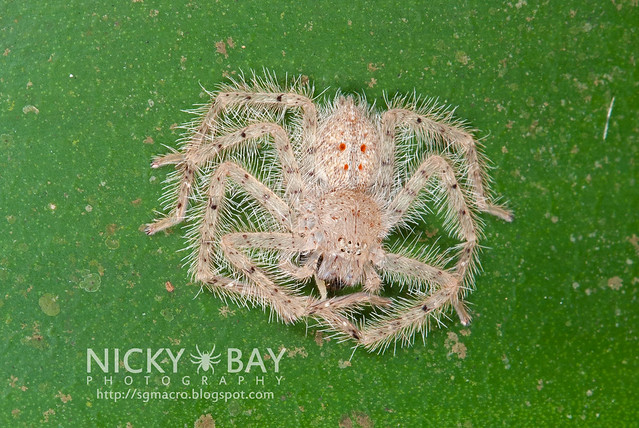 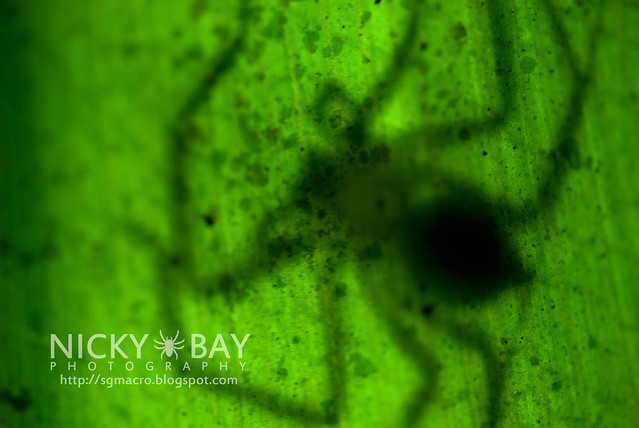 #24 It ran behind the leaf, but can’t run away forever! 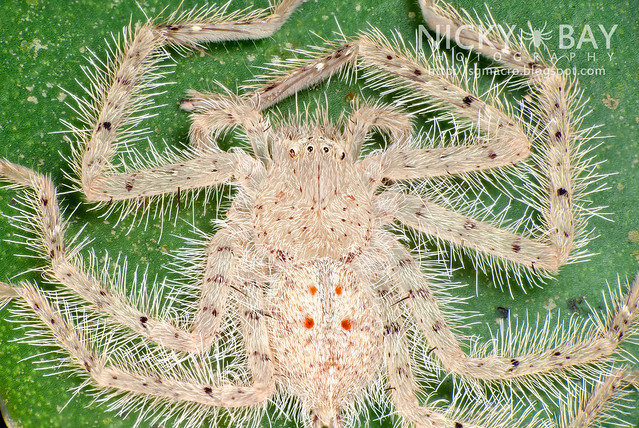 #25 Closeup on the juvenile orange huntsman 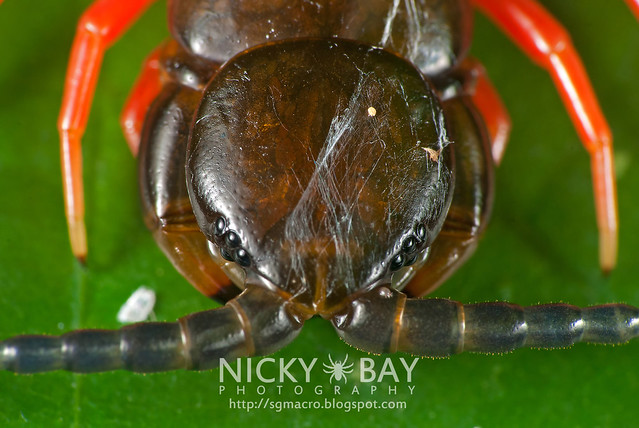 #27 Moulting spider, possibly Wandering Spider. It was spinning on its silk while waiting to harden up and hunt again. Dizzy…. 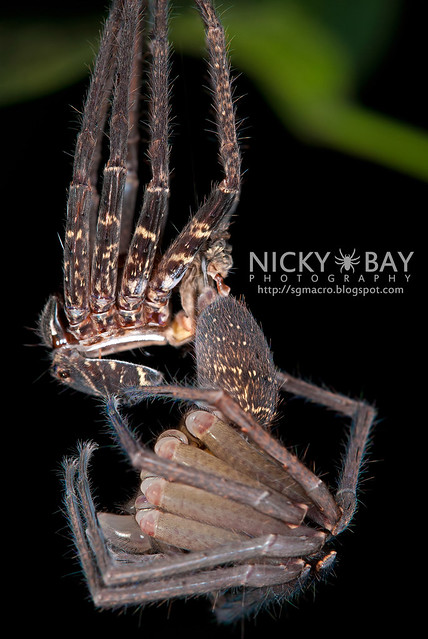 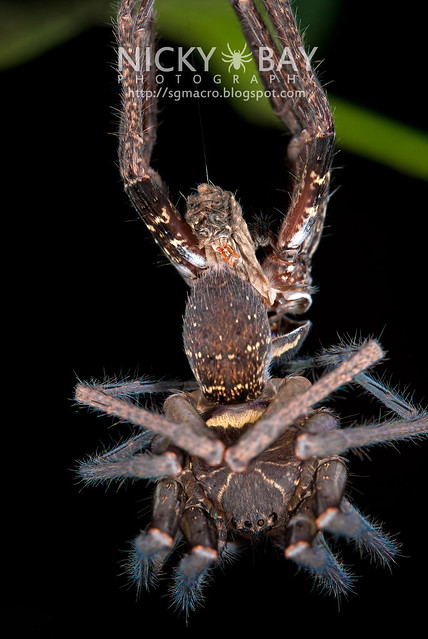 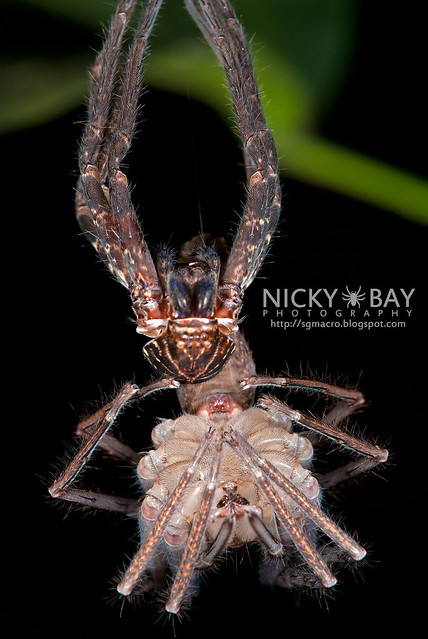