By
Nicky Bay
on
Many spiders adopt different methods to camouflage themselves. In the previous post, the Scorpion-Tailed Spider disguised itself amongst dead leaves. In another post from last year, I documented the findings of a Tree Stump Orb Weaver.

It was a wet night near NTU where I found the Tree Stump Orb Weaver (Poltys sp. possibly Poltys illepidus) busy catching prey. It was the first time seeing it with it’s legs spread apart. 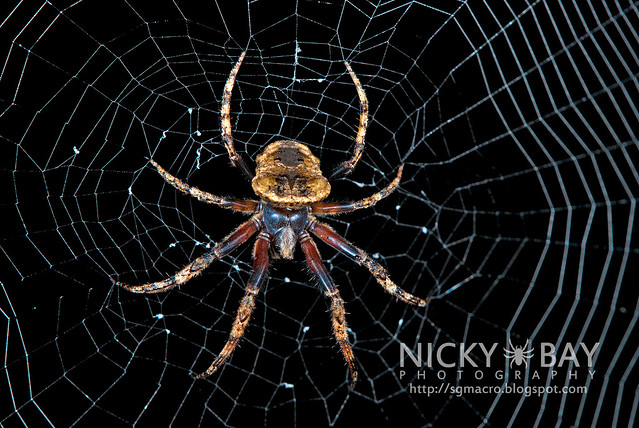 #1 Tree Stump Orb Weaver in the middle of it’s web. At first glance, I thought it was a common garden spider, but the legs were smooth on the inner joints and hairy on the outer joints. 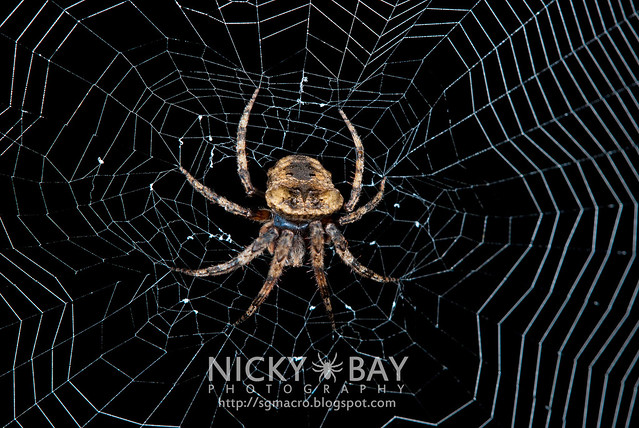 #2 Guess I spooked it as I got close, and it tried to close up, pulling the web together with it 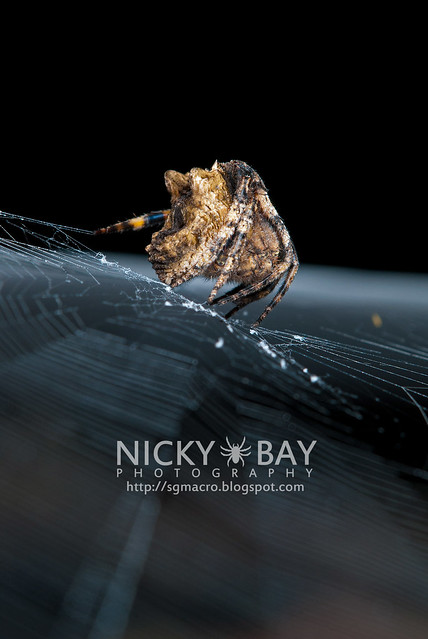 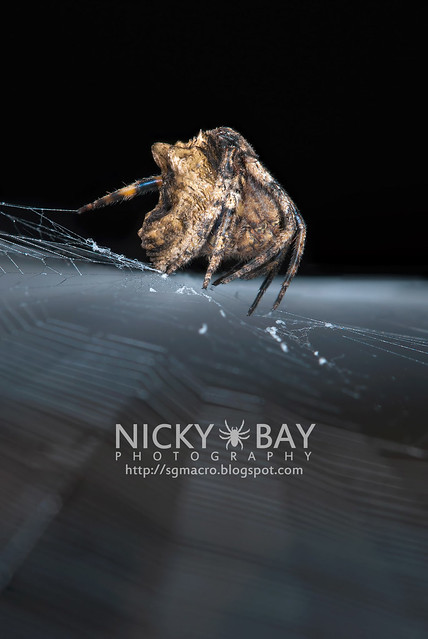 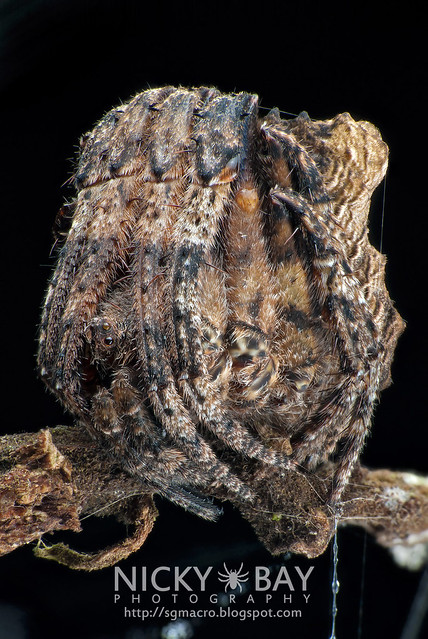 #5 It climbed to the edge of the web, and perched on a branch, doing it’s favorite thing

#6 While it remained stationary, it gave me the opportunity to do a 3D image. =D 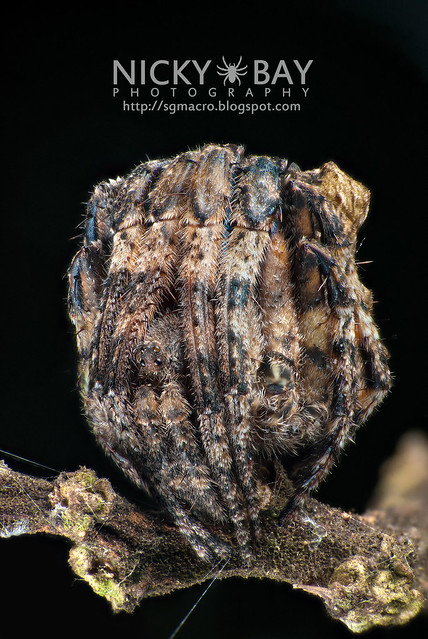 #7 Closeup with better view of it’s face. The legs closed up such that only the hairy parts were visible. Perfect camouflage.

#8 Yet another 3D rendition of this creature 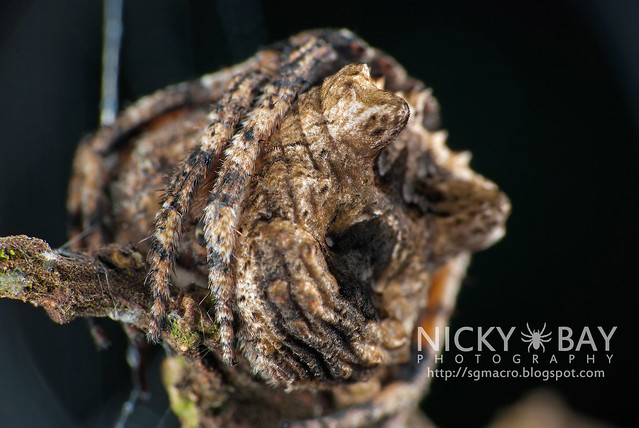 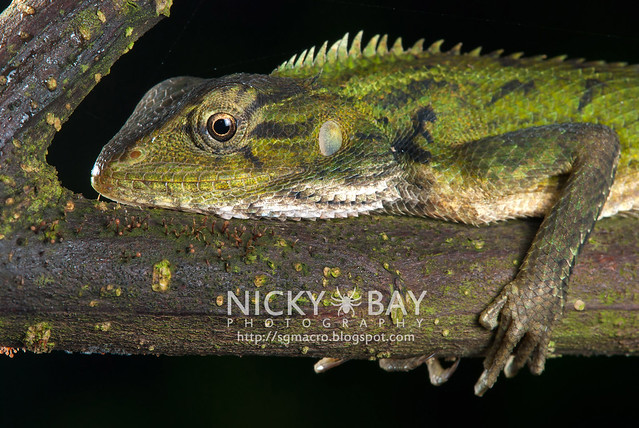 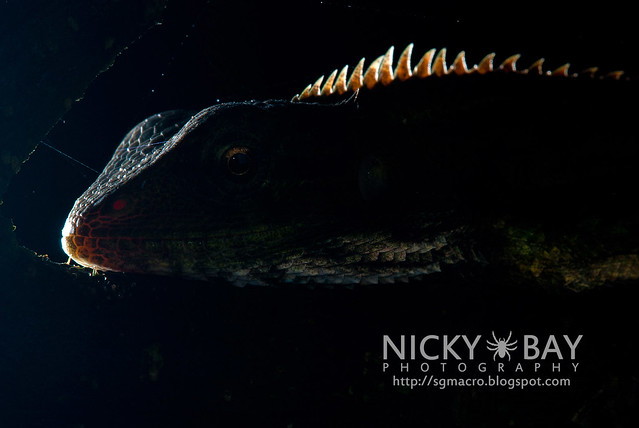 #11 What you get when the lights don’t fire properly 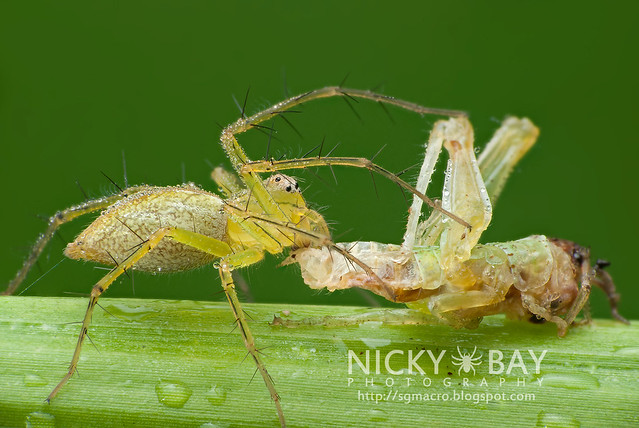 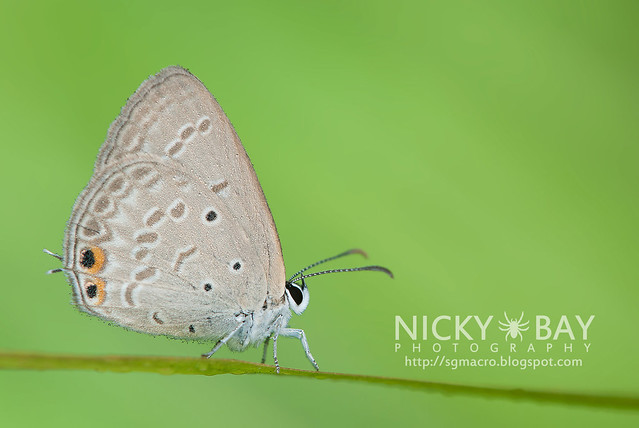 #13 Gram Blue (Euchrysops cnejus cnejus) sleeping and ridden with dew drops, but probably too small to see in this pic 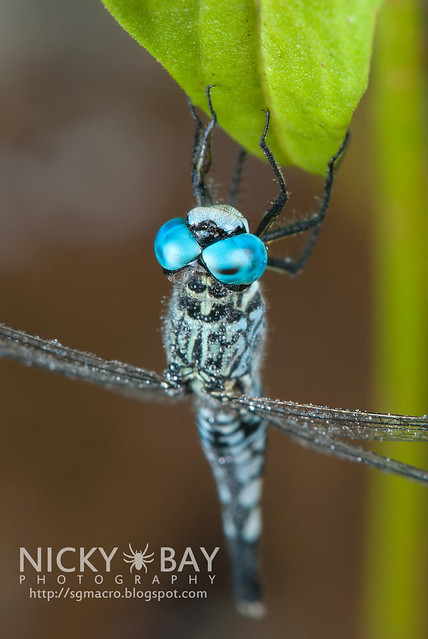 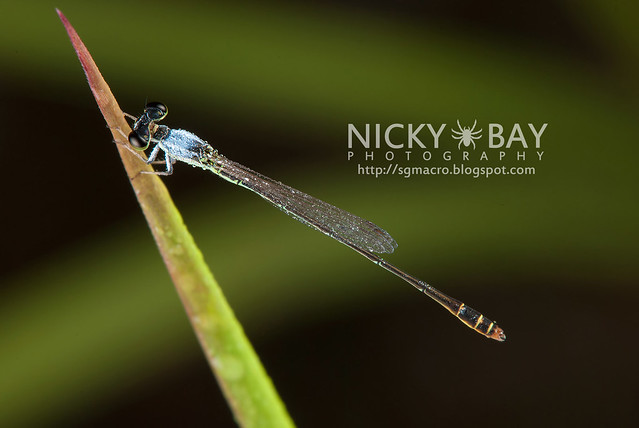 #15 Wanted to take a close up of a sleeping damselfly! 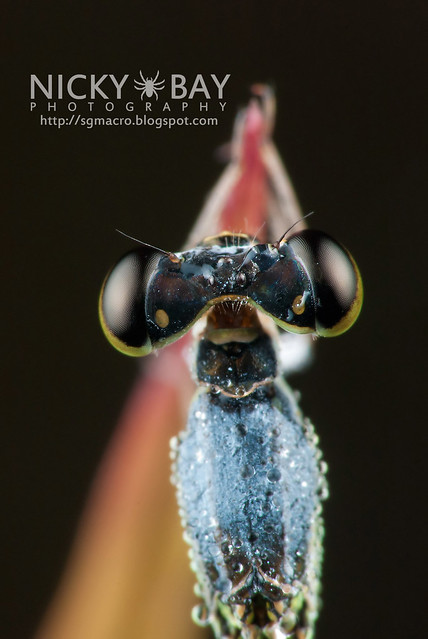 #16 Closest I could get before it flew off


The complete album can be viewed here.

The Story Behind Stalk Eyed Flies