Is a Harvestman a Spider?

By
Nicky Bay
on
Visiting Mandai Track 15 again! Weekends filled the track with lots of cyclists, so we took an alternative route that’s a lot more peaceful albeit on restricted ground.

Many have probably shot a Harvestman before, especially those who frequent the Friday night shoots at Lower Pierce. The Harvestman has 8 long legs – most would quickly assume that it is a spider. It actually belongs to the class of arachnids like spiders, but under different orders. Spiders under the order Araneae while the Harvestman belongs to the order Opiliones. Quite confusing since arachnid was derived from a Greek word that also meant “spider”!

Several species of Harvestman have been spotted in Singapore. Almost all are characterized by their long legs with respect to their small bodies. 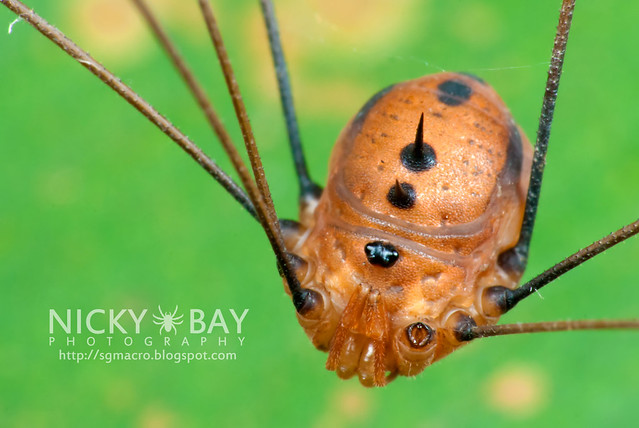 #1 Close up of a Harvestman, with a bright orange body. One leg missing 🙁 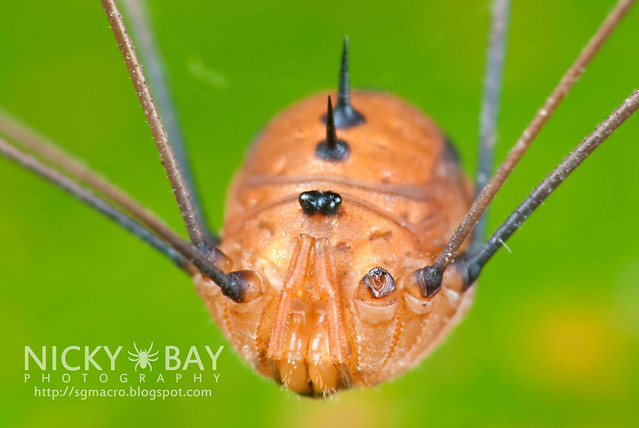 #2 Front view, that’s how it looks when you stare at it face to face! 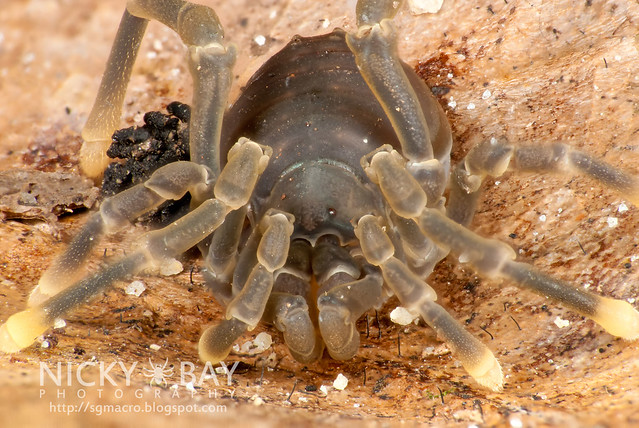 #3 A different kind of Harvestman with a gummy texture, found in Dairy Farm. Refer to earlier blog post Harvestman in 3D. 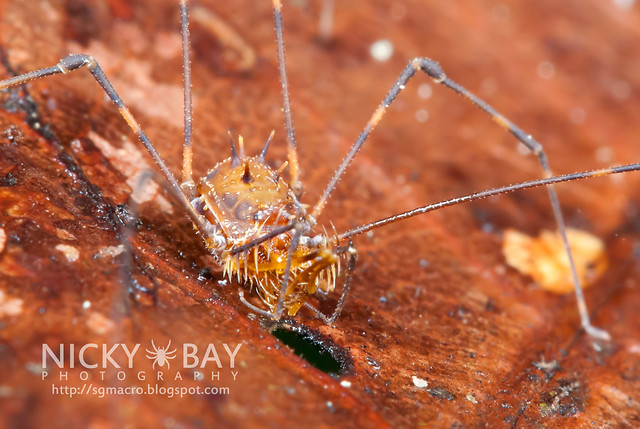 #4 Another different Harvestman, with a bright yellow spikey body. This was found in Venus Drive, lots of them crawling around at night! Details of the post can be found here: Luzon Point Headed Termites… Are They Faceless?.

Now onto the other subjects… from Mandai! 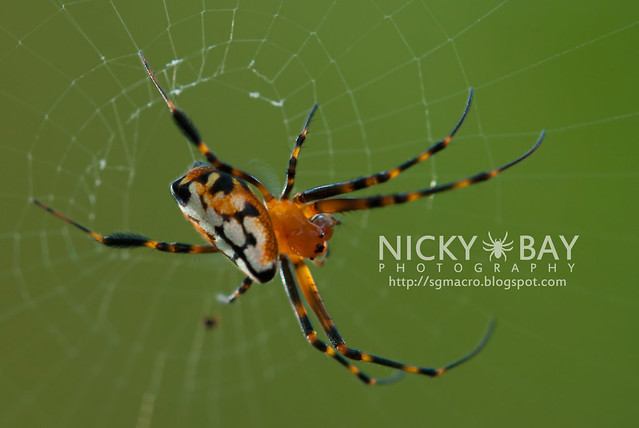 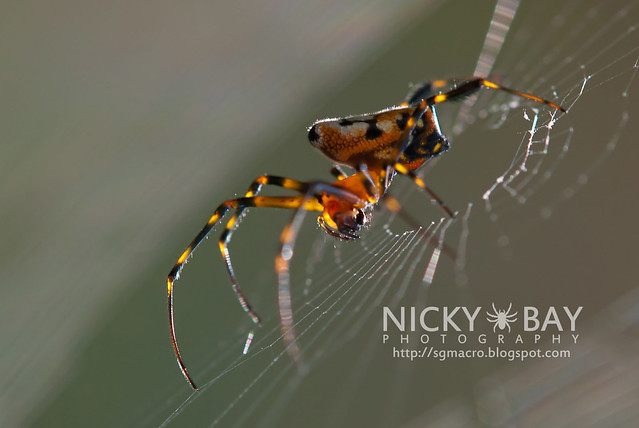 #7 Side view of the orb weaver spider. 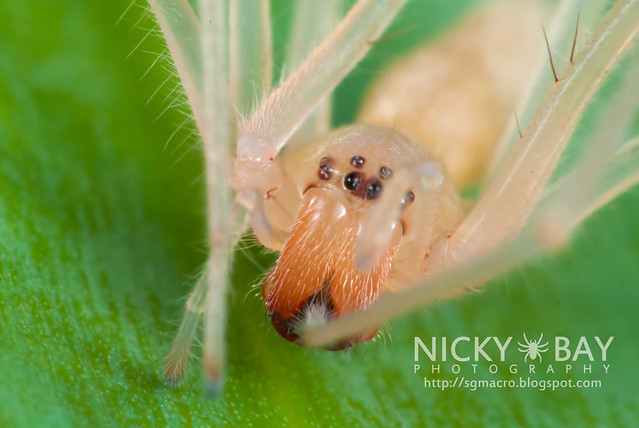 #8 This tiny little sac spider was busy chewing it’s legs… I wonder why?? 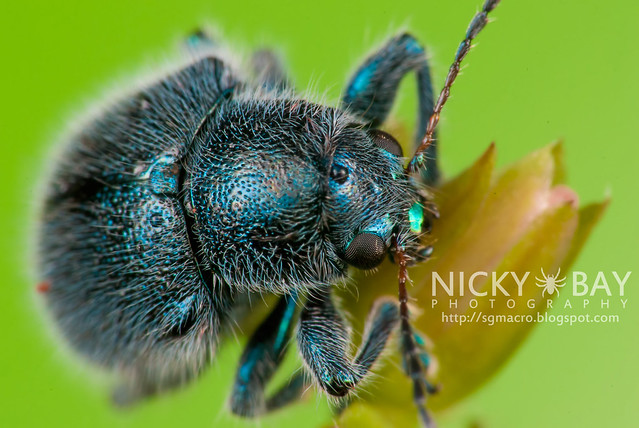 #9 Got another chance to meet this beautiful blue furry beetle again! 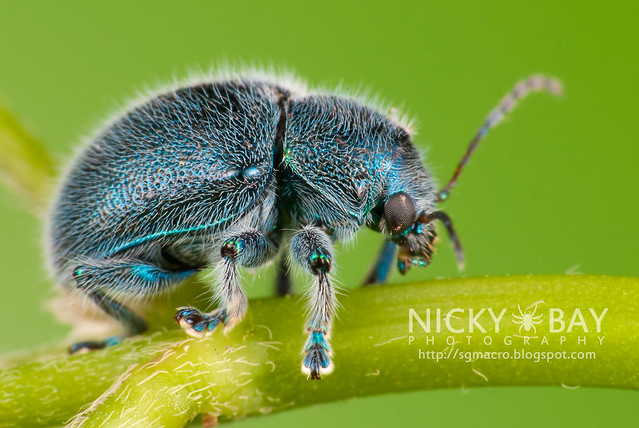 #10 Standard side profile shot of the furry one 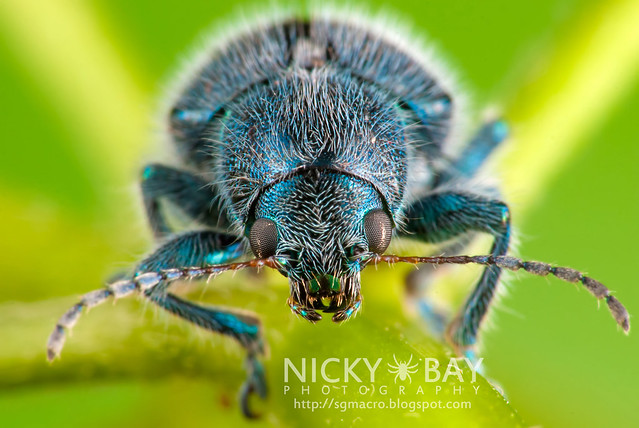 #11 Face to face with the furry one. Anyone with the exact ID of this fella? 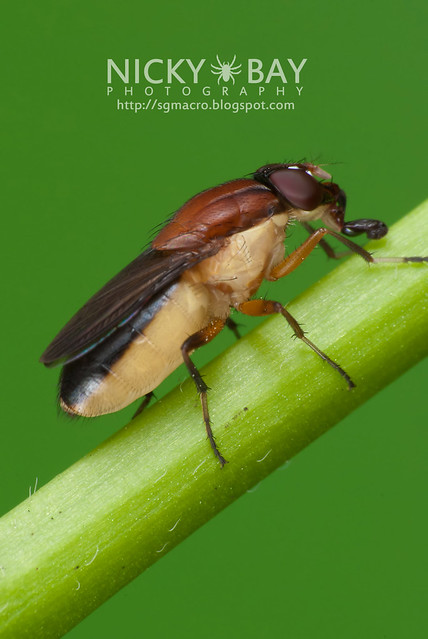 #12 This fly flew by, just beside the blue beetle. Freebie!! 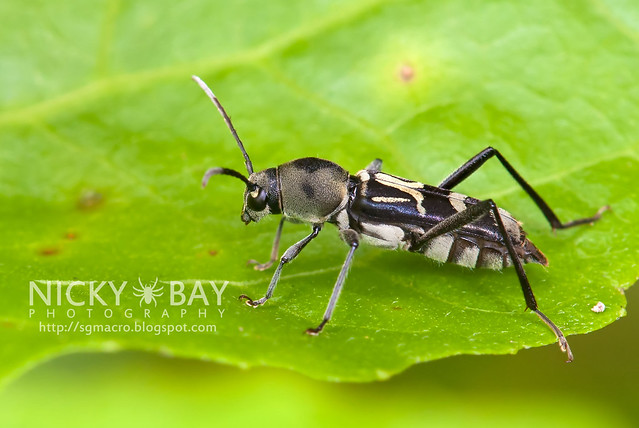 #13 Longhorn Beetle. Possibly the Xylotrechus Javanicus based on the patterns on it’s back. 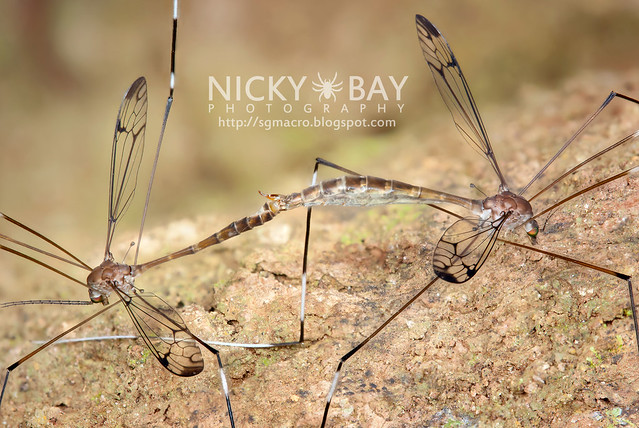 #14 Mating crane flies, always found them at the same tree in Mandai! These are also known as Daddy Long legs at times, just like the Harvestman. 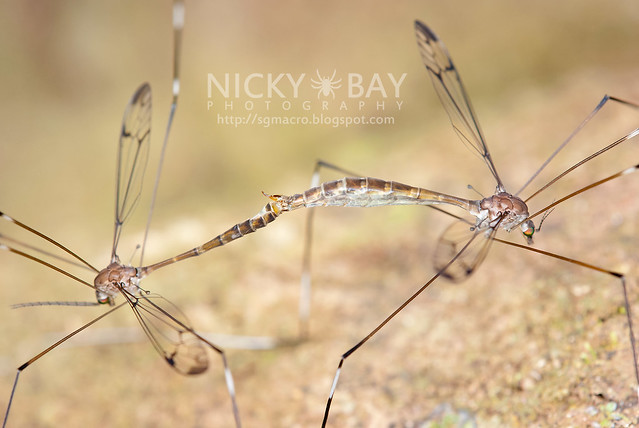 #15 Shot again with thinner DOF so that the subjects can stand out. 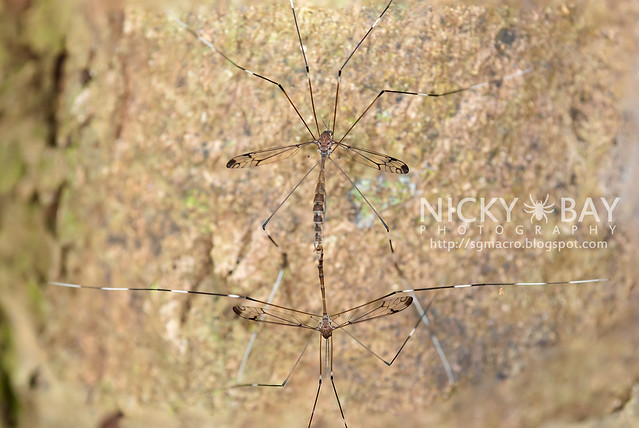 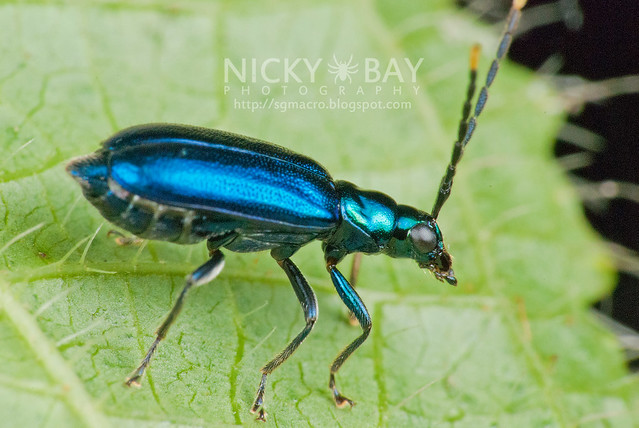 #17 Another blue beetle! But thinner and hairless. Looks a little bit like a ground beetle. 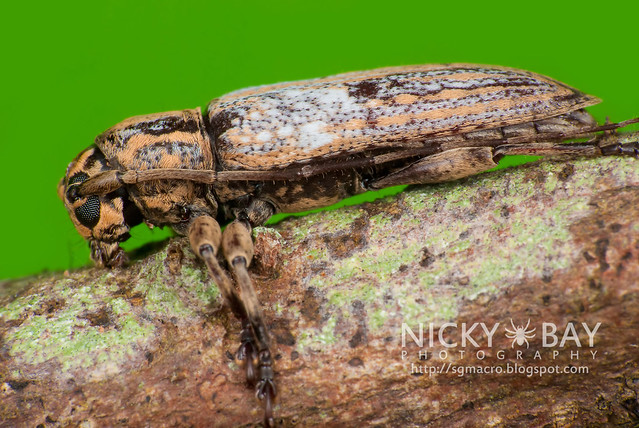 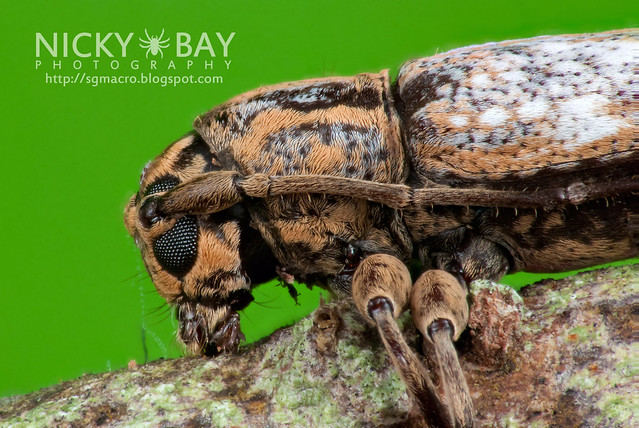 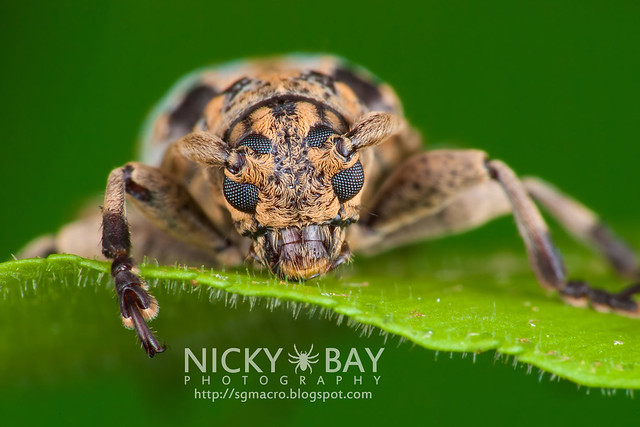