Bitten by a Walking Trash Collector

By
Nicky Bay
on
I’ve seen bugs that collect junk or trash and stick them on their backs for protection or camouflage. But IMO it just gives their locations away! Today I had a chance to go up close with one such bug, a bit too close in fact. 🙁

I was rummaging through some leaves, trying to glimpse underneath for some interesting bugs, and found this walking bulk of trash walking towards my thumb. Looked just like a ball of trash and seemed pretty harmless, so I didn’t flick it away and had a close look instead. Turned out that this fella had a really vicious face and deals a stinging bite — it sunk it’s mandibles into my thumb once it got there…

This is the larva (note that larvae is the plural of larva) of the Green Lacewing (Neuroptera Chrysopidae). Has 6 eyes on each side and extremely long piercing mandibles. 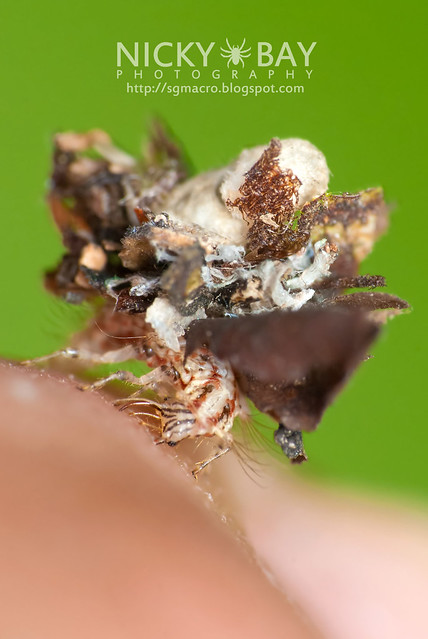 #1 The first bite sunk in, it was painful but since it was already there, I had to take a shot of it first! 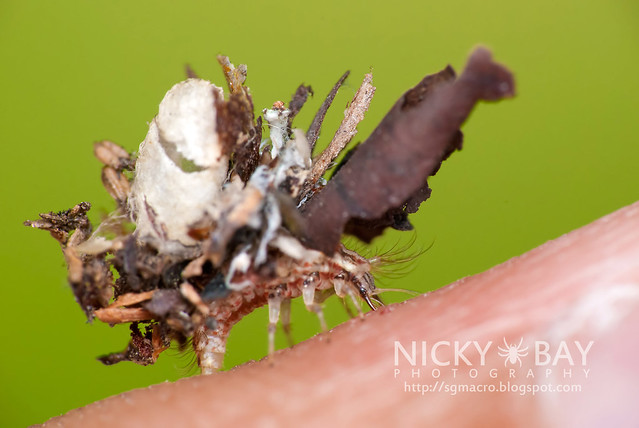 #2 Side view of the bizarre creature, carrying trash many times it’s size. Locally this might even be called the Karang Guni bug.. lol 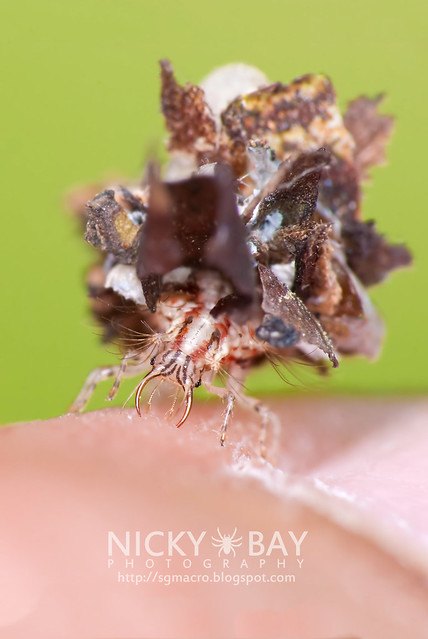 #3 Another look at the face of the fierce creature 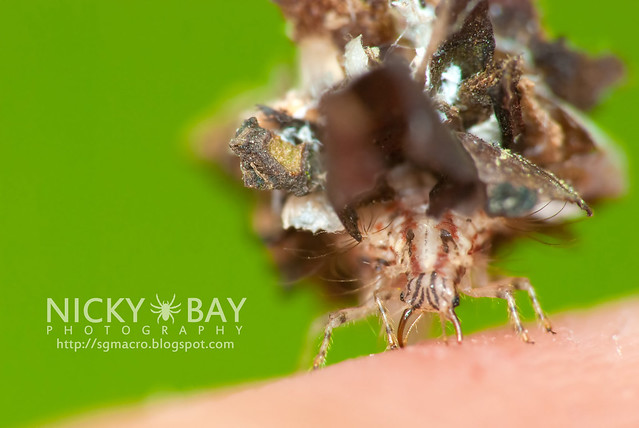 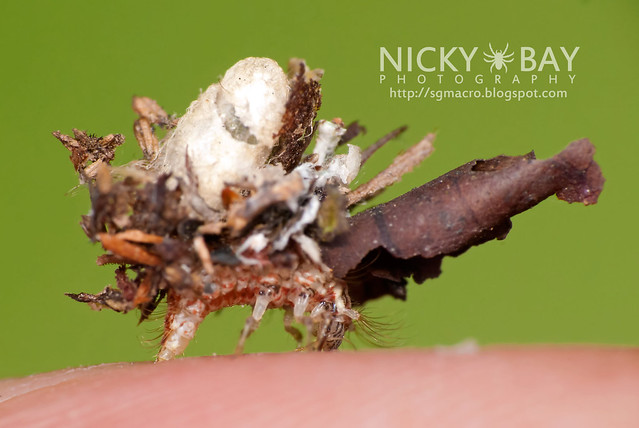 #5 Checking out the hairy details of this little bugger. Carries dead leaves, twigs, and even an egg shell? 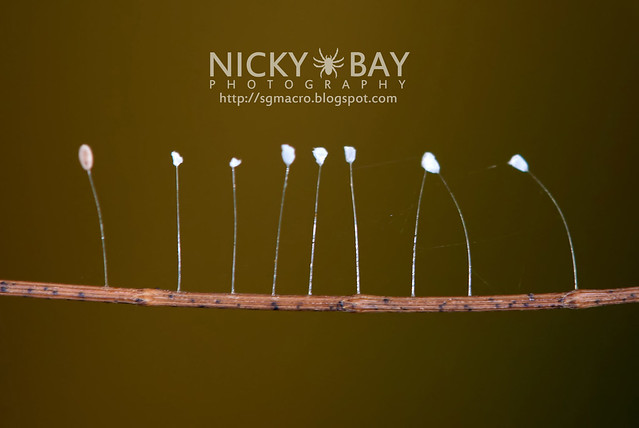 #6 After a bit of research, found that these are the eggs of the Green Lacewing. Many probably have seen these before but had no idea what they were.

Ok had enough of this guy and put him back to where it was crawling from. Many asked if I would turn into some mutant after getting bitten by this bizarre looking thing… YOU’RE WATCHING TOO MANY SUPER HERO FLICKS!! LOL. Worst thing that can happen is… I become a Karang Guni Man Superhero?