By
Nicky Bay
on
Please pardon the crude title, but today’s main subject is as aptly described. There are several variants of the Bird-Dropping Spider (Pasilobus sp) and I used to think that each would get uglier and shittier than the next — until I saw this variant with a vibrant gold abdomen and a reddish-brown head.

The Bird Dropping Spider was spotted early in the morning at 6:30am when it was still pitch dark. It was my first time witnessing a Bird-Dropping Spider in such an active state, busy dismantling it’s web as the sun began to rise, after a busy night’s work. It then returned to the surface of a leaf, resuming what it does best – looking like crap. lol 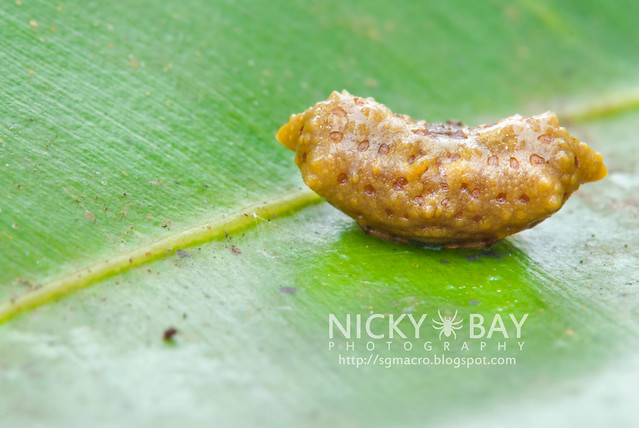 #1 Some called it a peanut. It really was supposed to look like some bird dropping, no? It had just returned from dismantling it’s web, and still moving around actively. This is a view from behind. 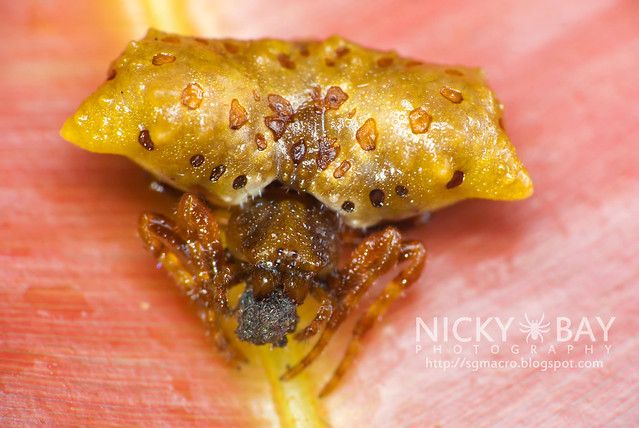 #2 A view from the top. By now, it had already settled down on a freshly grown leaf and getting busy with some breakfast. 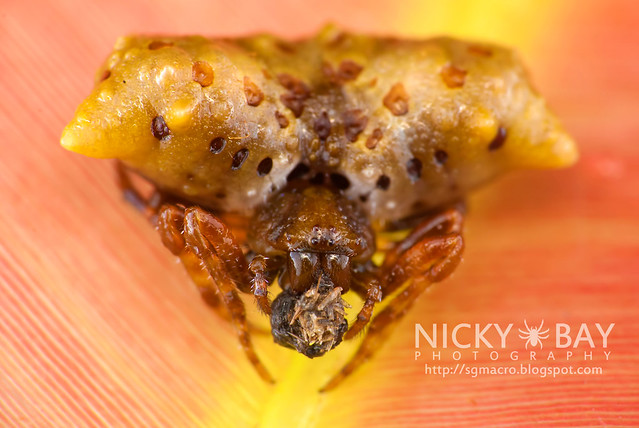 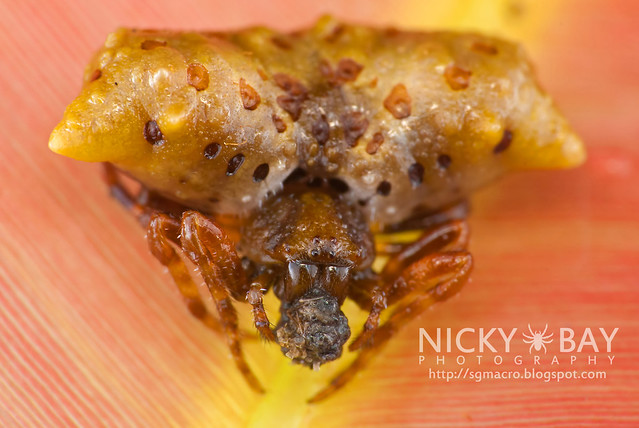 #4 It was spinning it’s food round and round, taking little nibbles each time. 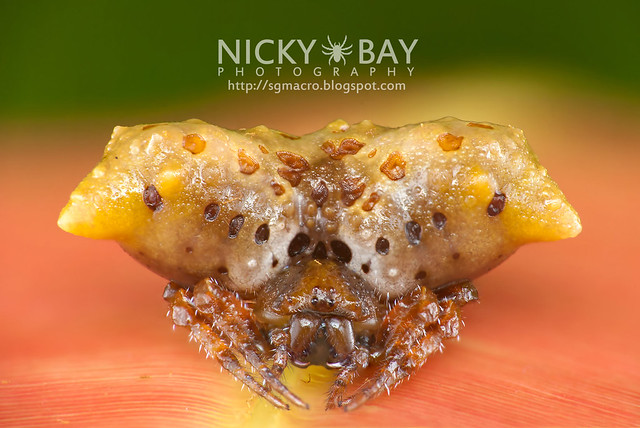 #5 Finally done with breakfast and baring it’s mandibles at me! Indeed, this is the prettiest looking shit-look-alike spider I’ve seen.

Next, was a tiny Jumping Spider (Salticidae) with a neat brown furry body and the usual cute curious eyes. 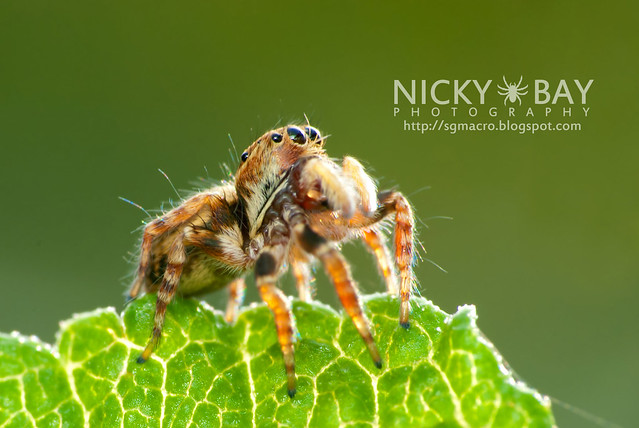 #6 Looks up to the sky in the morning sun 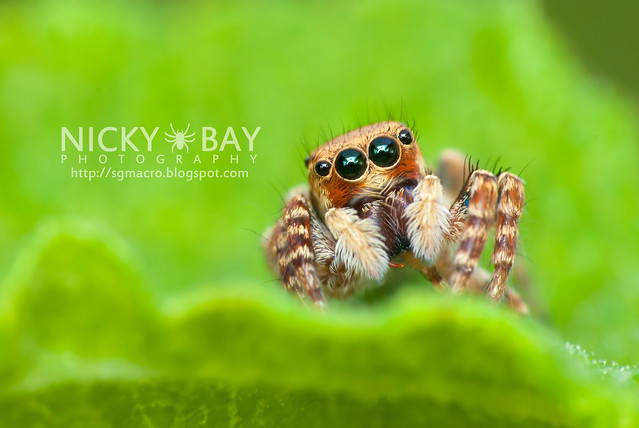 #7 Staring into my camera, trying to figure out some things in life (to no avail) 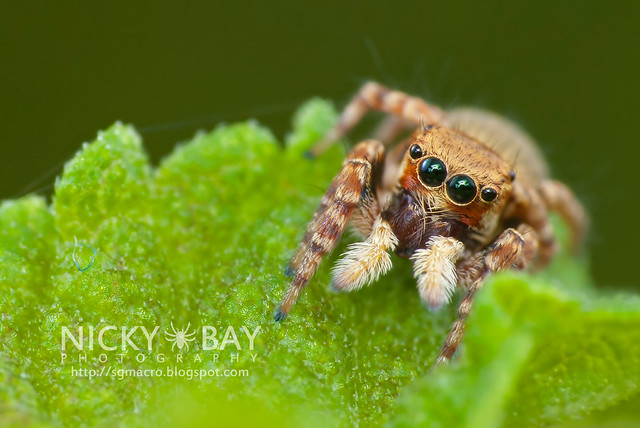 #8 Pretty active fellow, kept running up and down the leaf 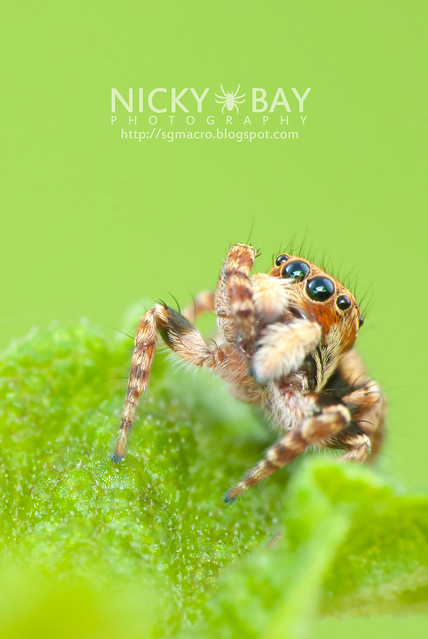 #9 And looking up into the sky again. Jumping spiders really do look around a lot, observing it’s surroundings. 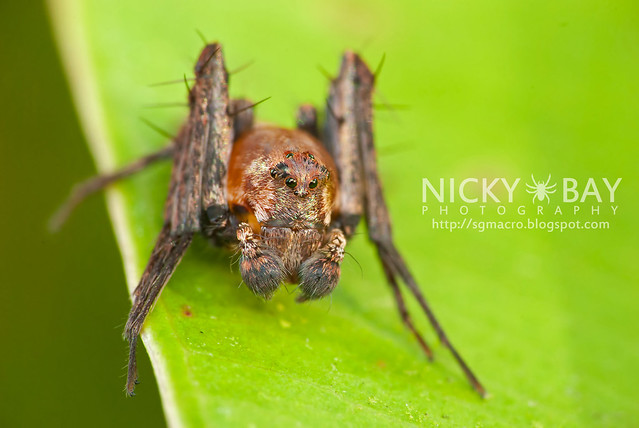 #10 An extremely skittish spider, which we call the Monkey-Face Spider (not the actual name). Took just a few shots before it jumped away. What’s the exact ID anyway?

Next shots show a really bizarre scenario where 2 different species of millipedes found each other and attempted to make out. I had always wondered how insects and bugs managed to mate with the exact same species. Today I found that they could be wrong at times. Don’t ask me what their children would look like….! 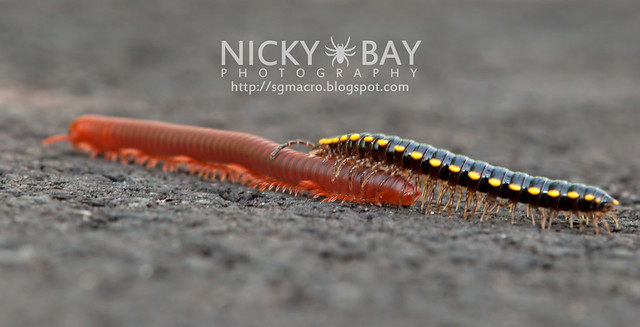 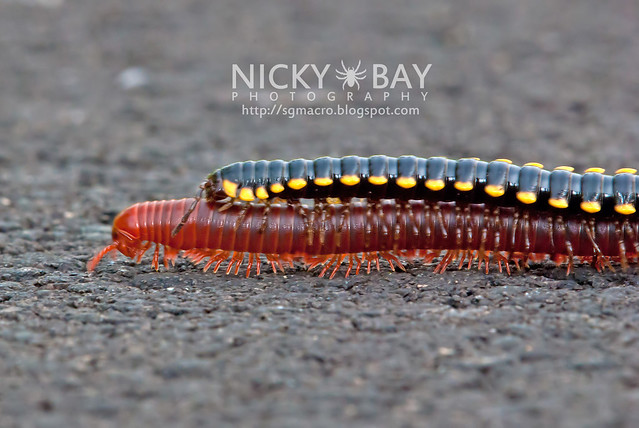 #12 Success!! The female doesn’t seem too happy and didn’t stop like the other female millipedes when a male mounts on top of them.