Why are some bugs… BLUE?

By
Nicky Bay
on
Mother nature designs with purpose and reason. That is why so many species of bugs have excellent camouflages, allowing them to blend into the environment and yet standing out prominently to attract prey.

Blue is not a typical colour in the world of bugs. How often would you find a blue leaf? There would be an occasional blue flower but that is still not the norm. That’s why I find blue-coloured bugs to be fascinating creatures, while some fathomed them to be from another planet. 😛

Ventured into a very unexplored trail and had some unique finds. Most notable were a pair of Katydids with strong streaks of blue/cyan. 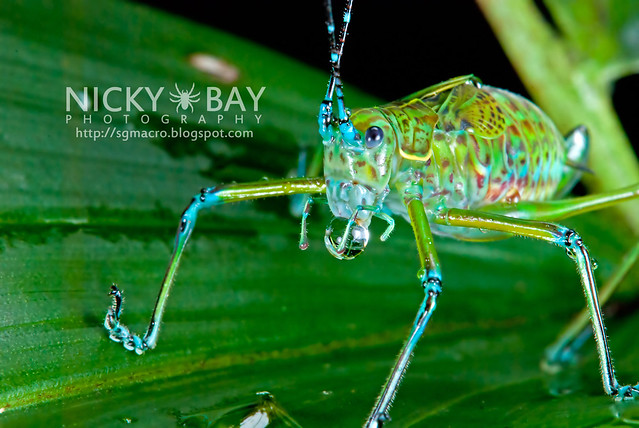 #1 This Katydid greeted us near the entrance with a bubble blowing act. Has very distinct streaks of cyan and spots of red over a bright green body. Question of the day… why do Katydids always do that? The drop of water just got bigger very slowly. 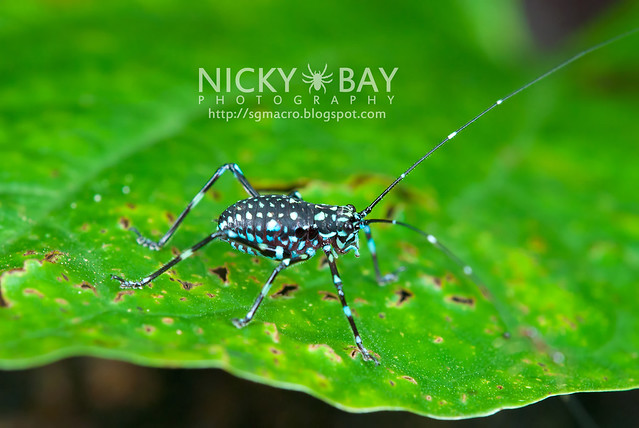 #2 Another Katydid which looked black from afar, but had beautiful cyan lines and spots. 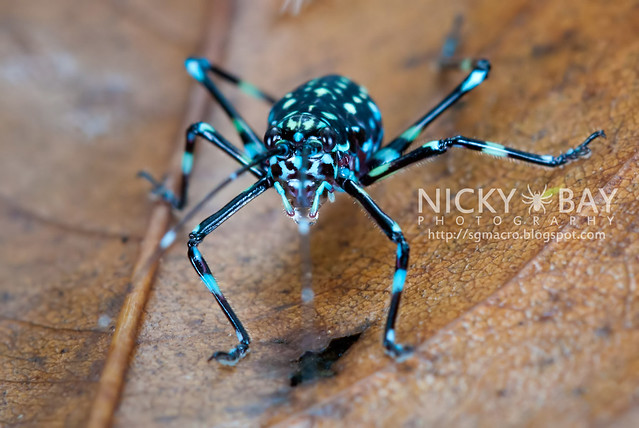 #3 Hopped onto a dead leaf and took a shot from the front! 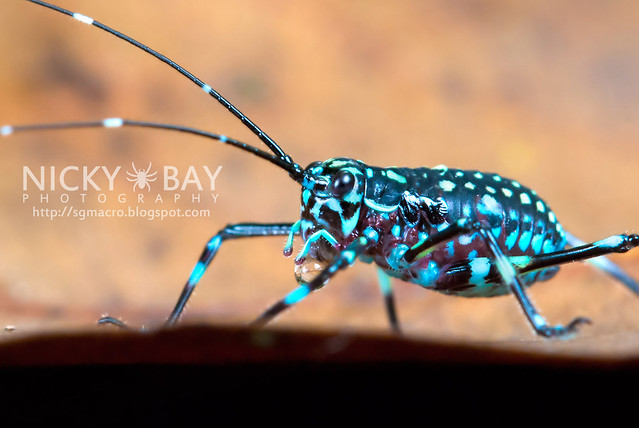 #4 It then did another bubble blowing act!!

More shots of bluey subjects from the past: 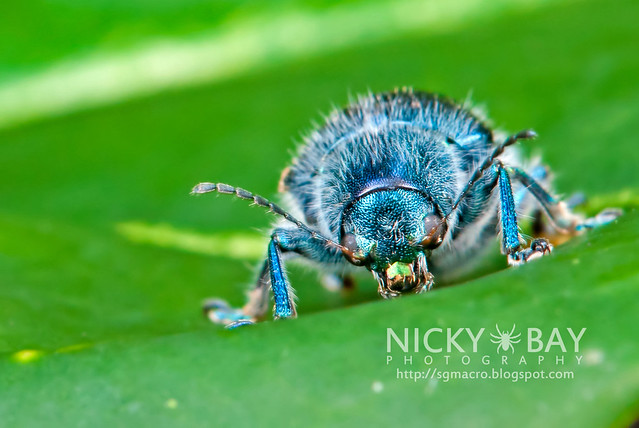 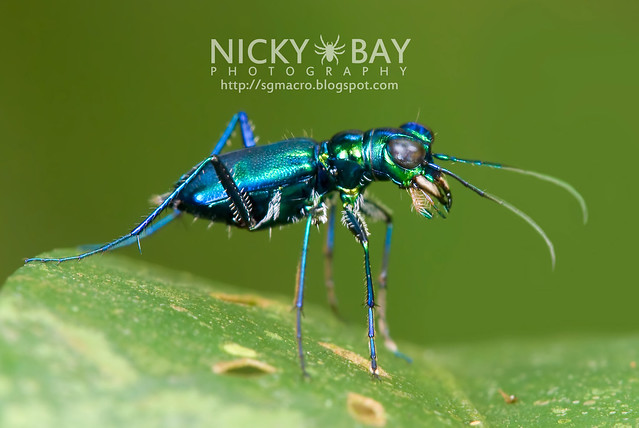 #4b Tiny little tiger beetle, with a hint of green as well 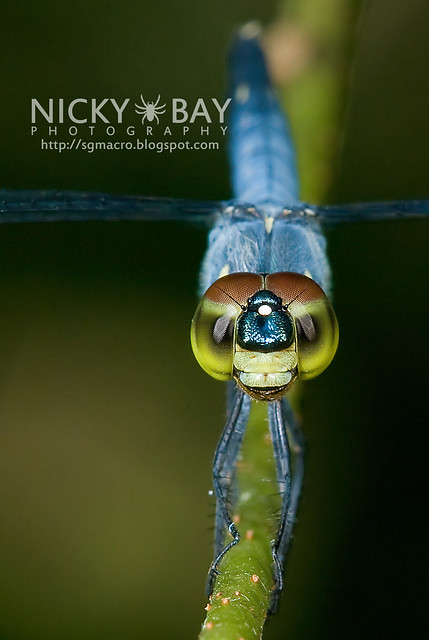 #4c The most commonly sighted blue subject – a dragonfly! Smile!

As I trudged along the wet path (thanks to the rainy weather, very humid but cool), a pair of mating Golden Net-Winged Beetles (Dictyopterus aurora) were spotted, 10cm from the ground. The rest didn’t like the idea of going too low on the muddy ground, so I took my time with this pair 😛 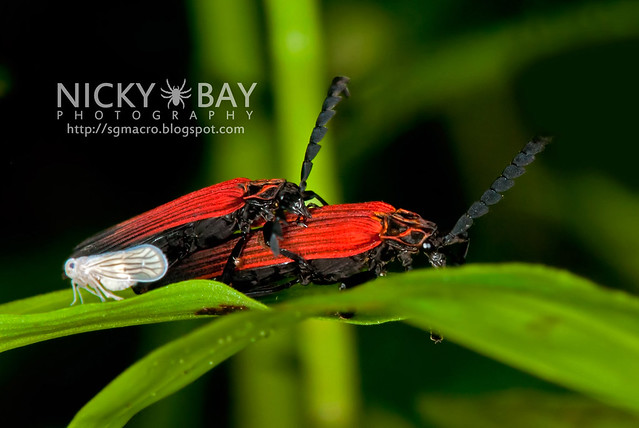 #5 Did a handheld shot first, in case I chased them away while setting up my tripod. Found a tiny planthopper intruding on their privacy. I’m not the only one!!! lol 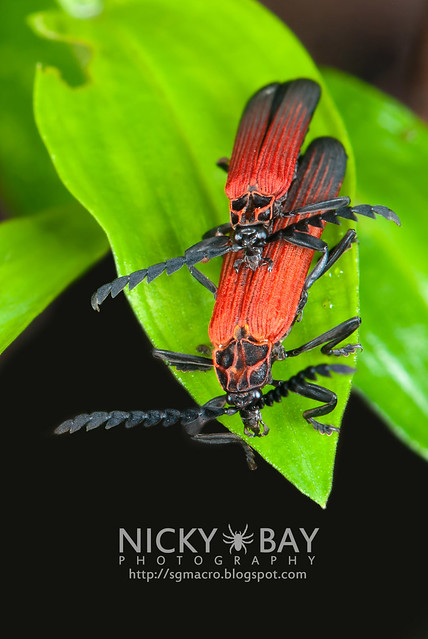 #6 Very tiring shooting at such a low angle with a heavy lens, so got up and took a record shot of the pair 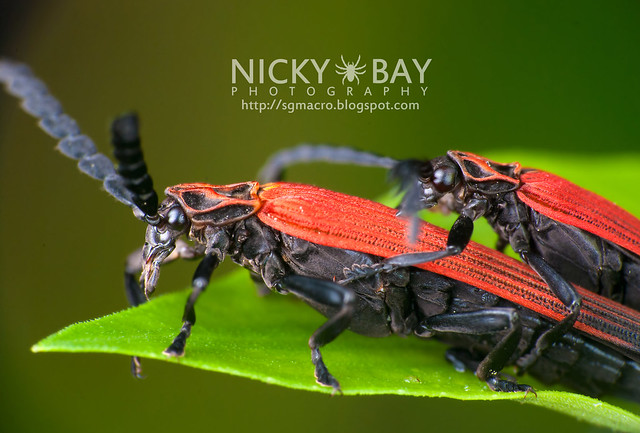 #7 They didn’t seem to move, so on goes the Raynox for a closeup!! Intimate areas cropped.. heh 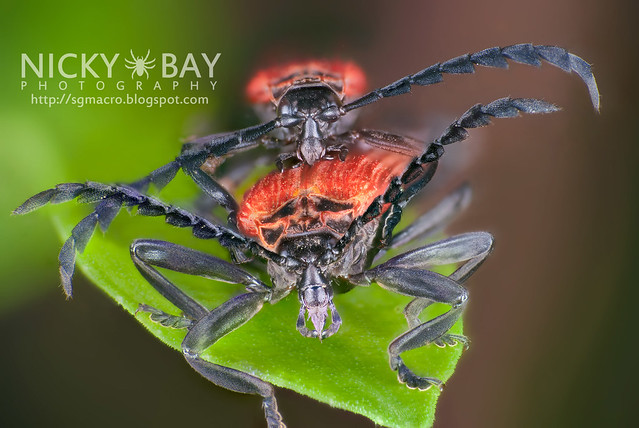 #8 Tried to stack a number of photos, but turned out that their feelers were making minute movements! Yeah so a failed attempt this one is.

Final subjects… a common weevil and a pair of mating fruitflies! 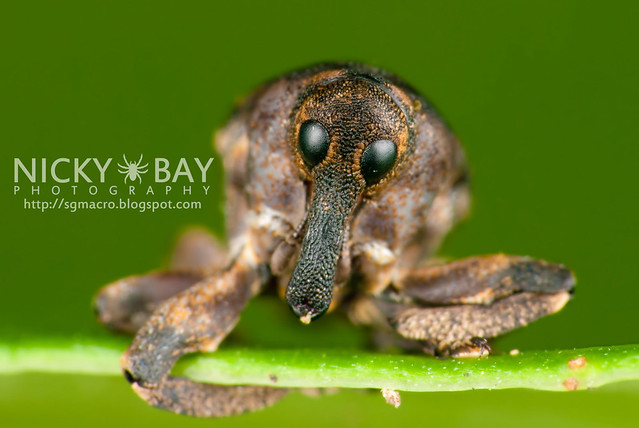 #9 This weevil was so shy that it had it’s face tucked between it’s legs. Had a tough time inviting it to look up a little. 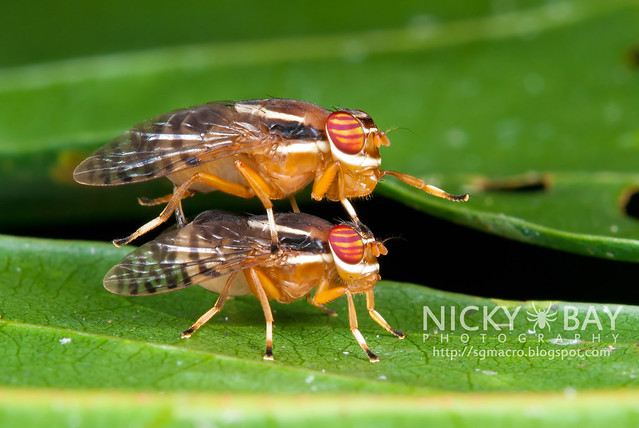 #10 Mating fruitflies found under a leaf. They disconnected for awhile, but I waited as they looked as if they were still keen on more action. True enough, they got back together and I managed this shot!