By
Nicky Bay
on
I encountered a weird caterpillar today. Really weird. At first, I thought it was just 2 weaver ants standing back-to-back. When I looked closer, it looked like a centipede. Then I observed further and got myself completely confused and concluded that it was a caterpillar after a few close up shots. 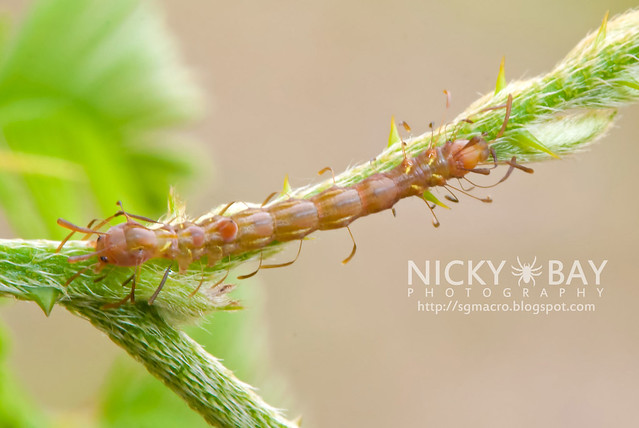 #1 Initial sighting. Couldn’t make or tail out of it. I thought the ends resembled red weaver ants. 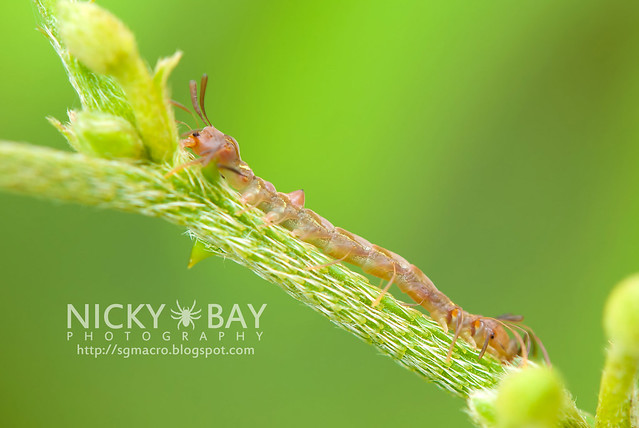 #2 Looked more like a caterpillar when viewed from the side 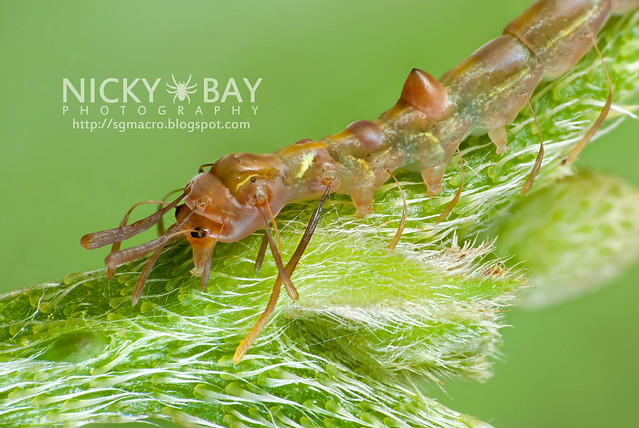 #3 Close up on the tail. It has 2 black spots to mimic a pair of eyes of… possibly an ant? 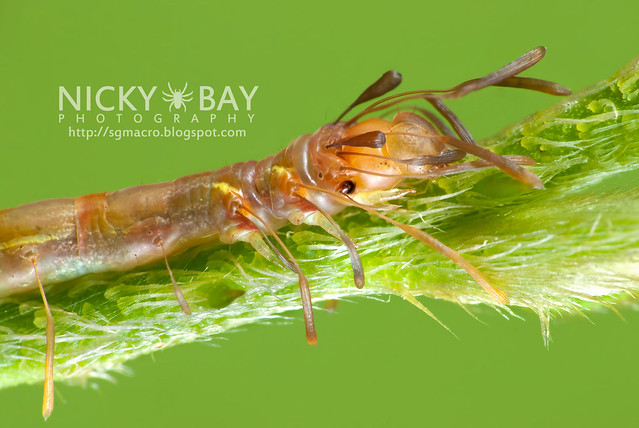 #4 Close up of what I suspect to be the head, which looked more like the heads of other caterpillars. 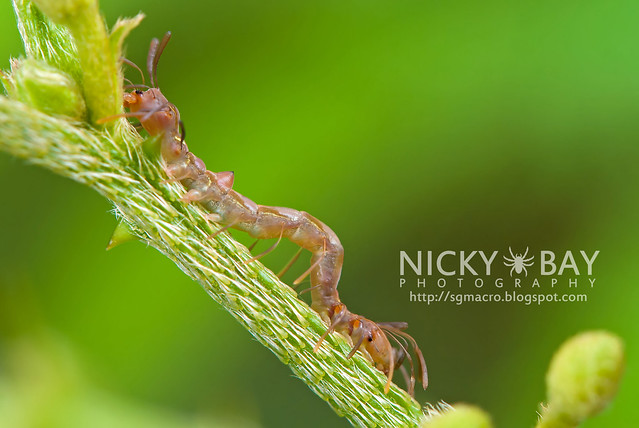 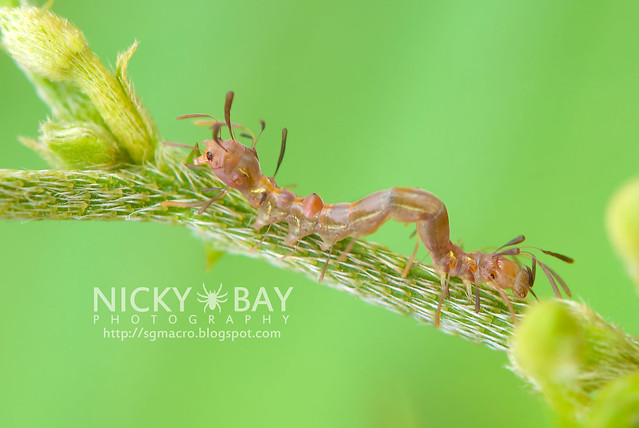 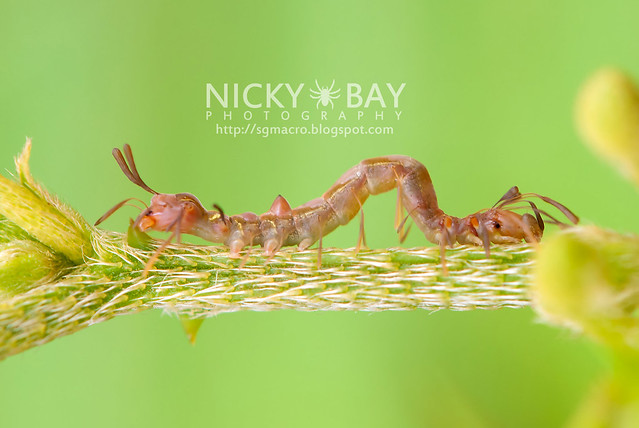 #7 I posted this on Facebook and have gotten some suggestions to the ID of this caterpillar.

Hadassah Chen suggested that it belonged to the Geometridae (Inch worms) family of moths.

Jacqueline Lau then suggested it to be Homodes sp., family Noctuidae and provided this link on Weaver Ant Mimicry.

So… it seemed to be documented to be mimicking the red weaver ant! Indeed, the plant where I found this caterpillar had a lot of red weaver ants running amok.

It was also on the same plant that I found another weaver ant mimic…. the Ant-mimic Crab Spider (Amyciaea lineatipes) 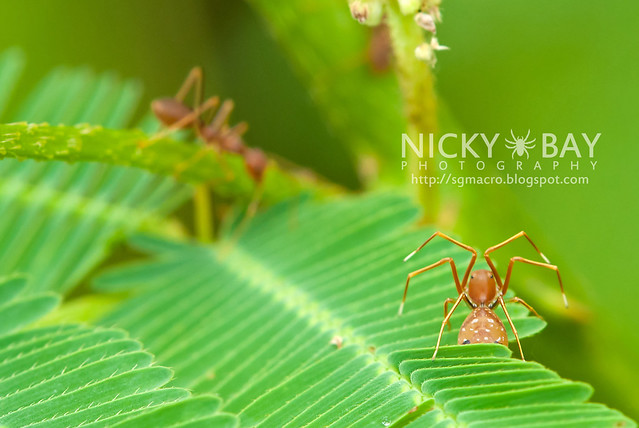 #8 Poised and all ready for incoming weaver ants. The ant-mimic crab spider has 2 spots on it’s abdomen to mimic the weaver ant’s eyes, very much like the caterpillar above. All this while, the spider waved it’s forelegs as if it was in some mating ritual or a dance to attract the ants. 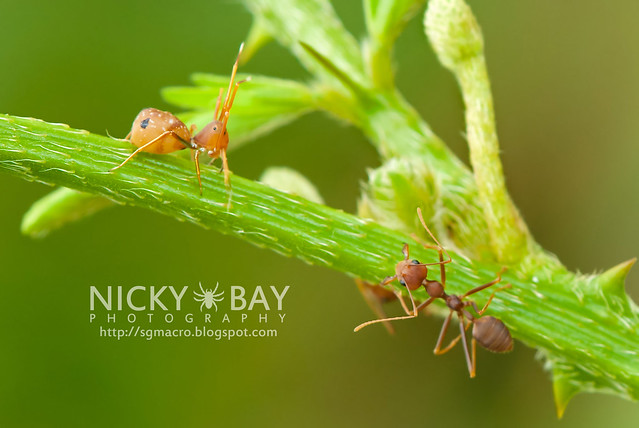 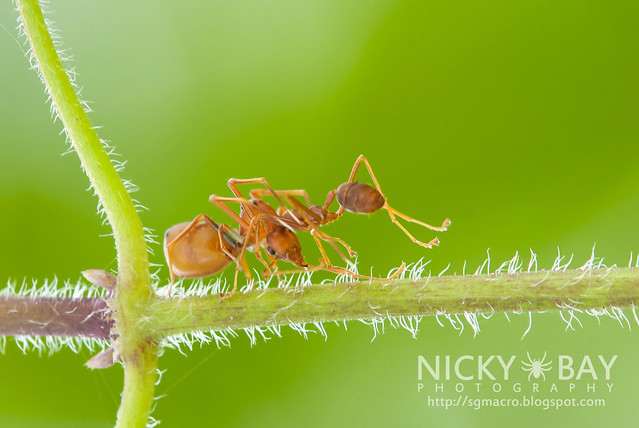 #10 Captured!! The red weaver ant falls prey to the spider. Slowly.. it sucks the juices out of the ant. 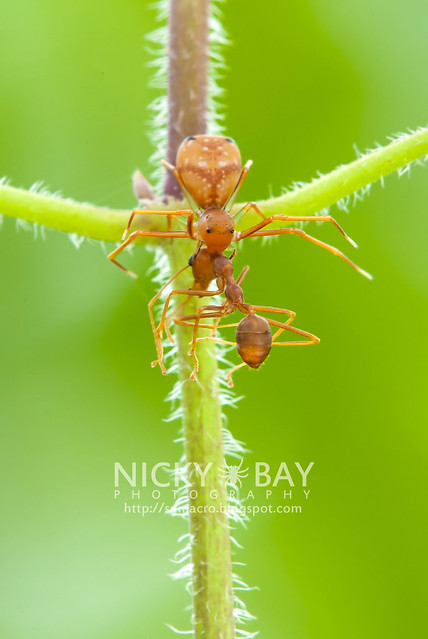 #11 It clings tightly onto the back of the ant’s neck, satisfied with it’s catch

Other than the weaver ant mimicking bunch… some other critters were captured in the morning too. 🙂 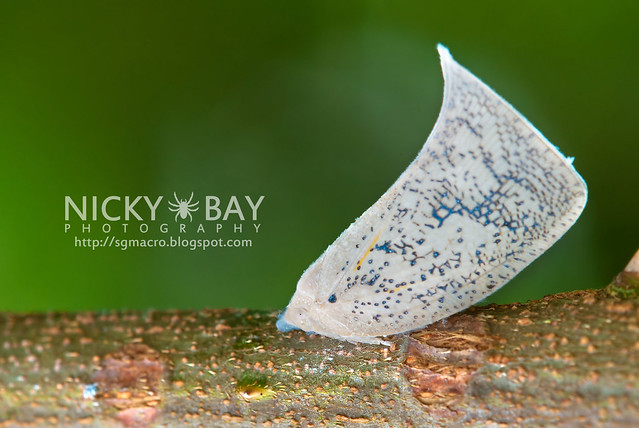 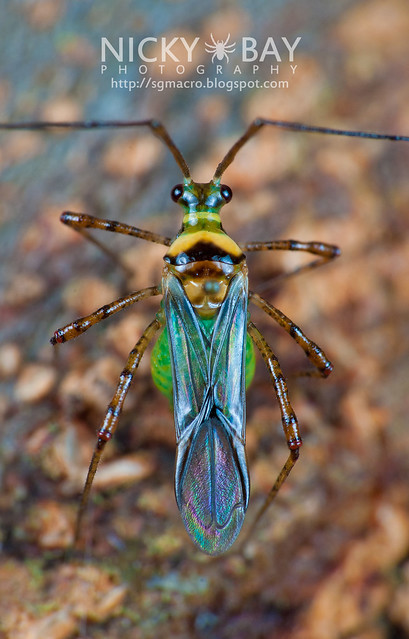 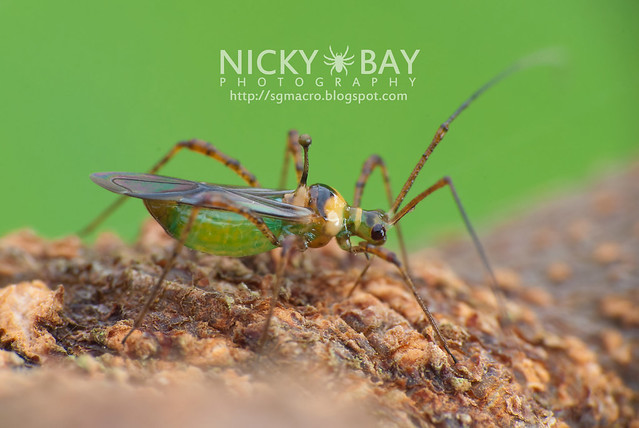 #14 Very brightly coloured, with the usual antennae sticking from it’s back like some assassin bugs 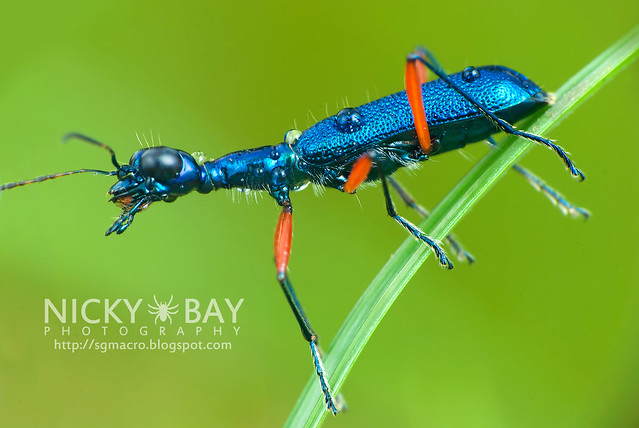 #16 Think it woke up, and started eyeing it’s surroundings 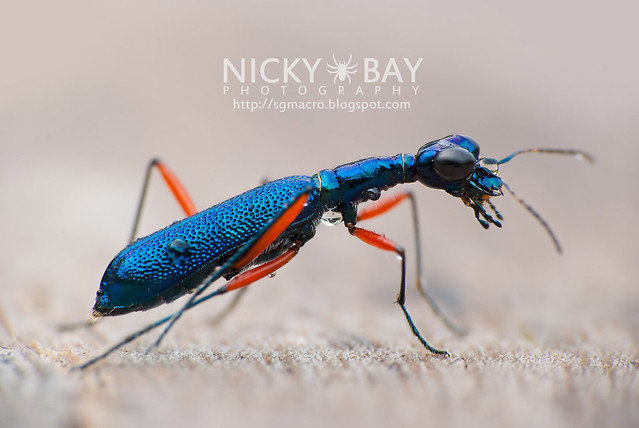 #17 Ran to the bench, and I managed to capture this in natural light (i.e. without any flash) 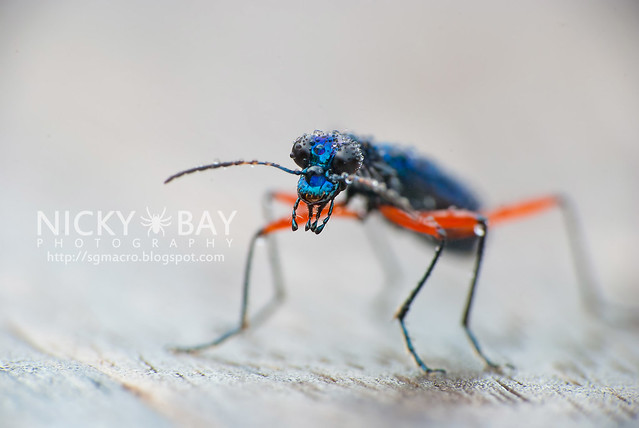 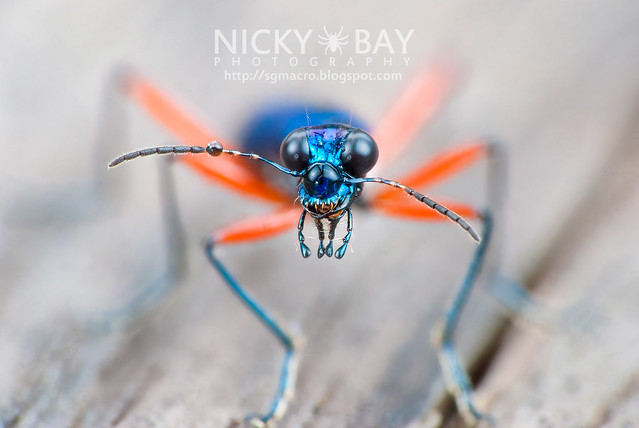 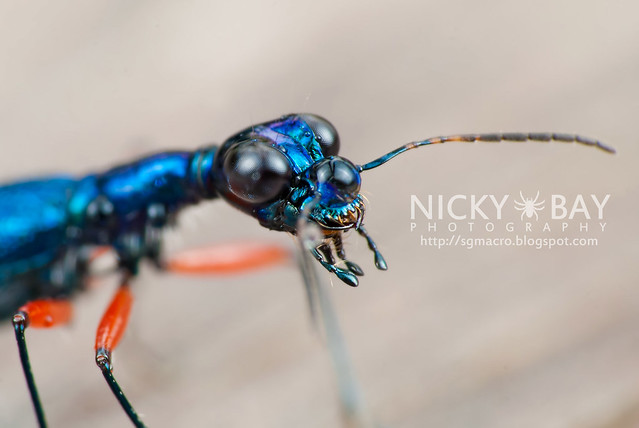 #20 Close up of the beautiful tiger beetle’s head 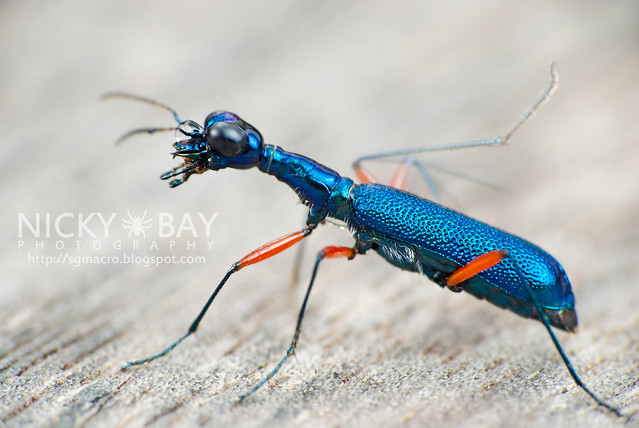 #21 Final shot before the dew dried up, allowing the little tiger beetle to scuttle away

No Arthropod is Too Big.. To Get Eaten

Vinegaroons and Spore Dispersal of Fungi