Be Wary of Spider Bites!

By
Nicky Bay
on
For macro and nature enthusiasts, many understand that spiders have their own store of venom for hunting purposes. But what many don’t know of each spider, is the propensity to bite a human and the effect of the venom on humans.

Most spiders contain amounts of venom too small to really affect a human being. Most also do not go biting a human unless provoked. But that doesn’t mean you should go sticking your fingers at any spider you see. (but if you do, please tell me how much it hurt) 😉

Today, I did some close ups on the fangs of what looked like a Sac Spider. The sac spider’s venom contains a cytotoxin, which means that it poisons or kills cells. The bite would typically give a stinging sensation, and heard to be very painful. The effect of the bite may vary from person to person, from redness, to swells, and even blisters that take weeks to heal. For the record, sac spiders do not build webs but a silk tube or sac which it hides in – hence the name.

The alleged sac spider dropped on me while I was fumbling with my camera. Luckily for me, it didn’t leave me any souvenir except for a couple of photos. 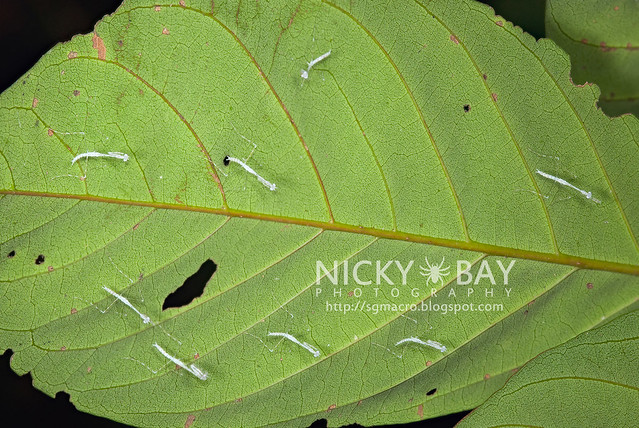 #1 View of the bottom of the sac spider. 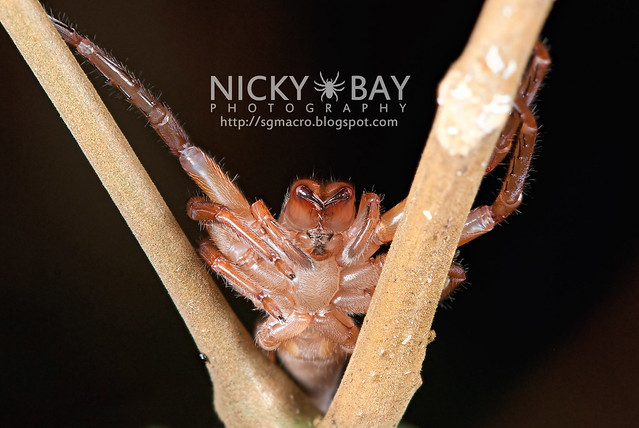 #2 It shifted a little, so here’s another shot! 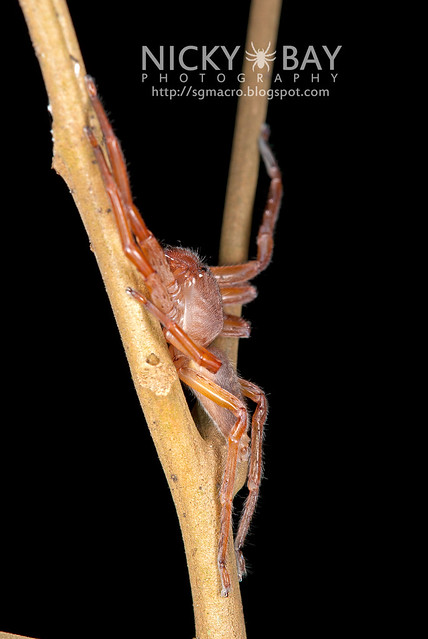 #3 Side view, it was perched on the Y-junction of the branch. Good ya? More chance of catching prey at junctions? 😛 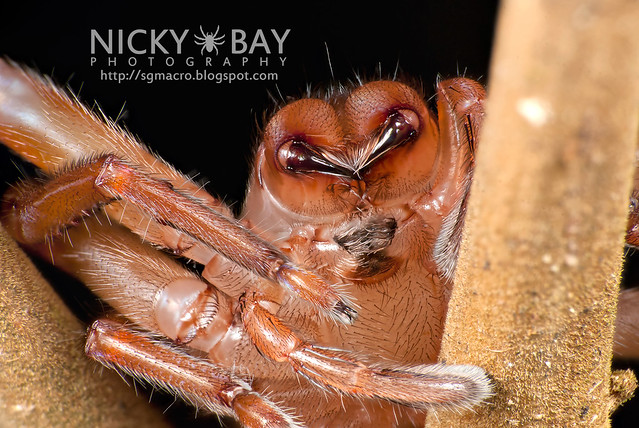 #4 This is what you’re up against if it decides to plunge its fangs on you. Don’t play play. 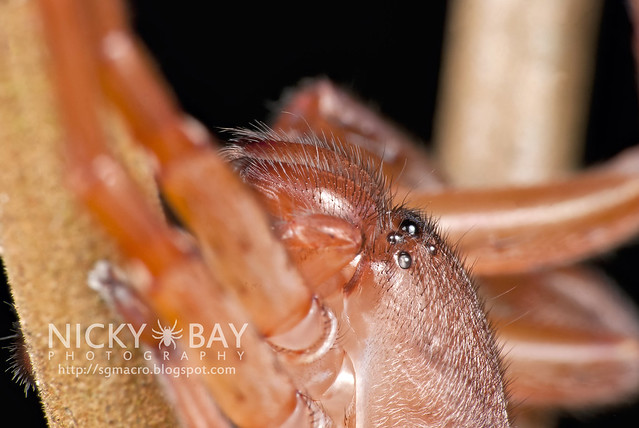 #5 Didn’t manage to shoot its face before it jumped on me, so here’s a close up from the side 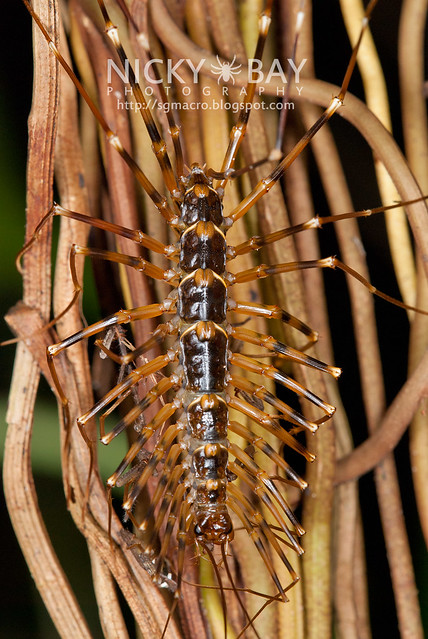 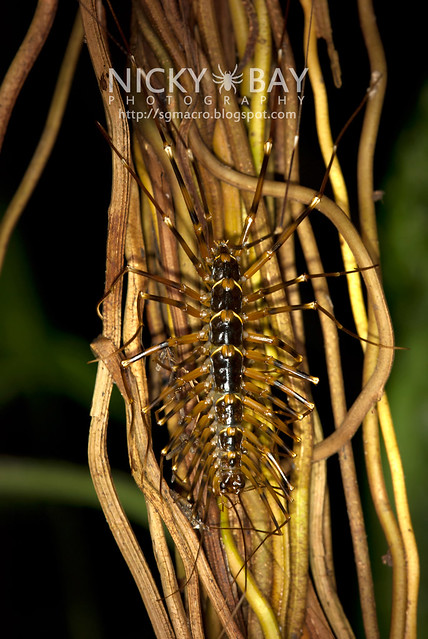 #7 This pic shows how long the legs were. It tried to “feel” me when I went in for a closeup 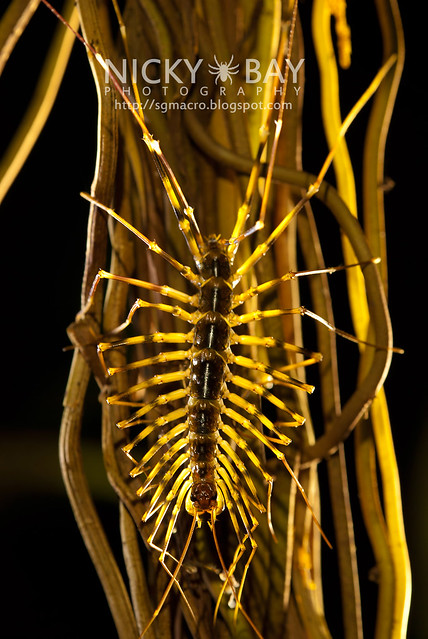 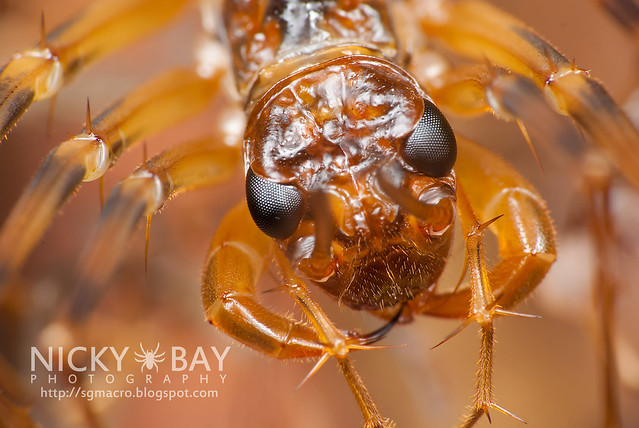 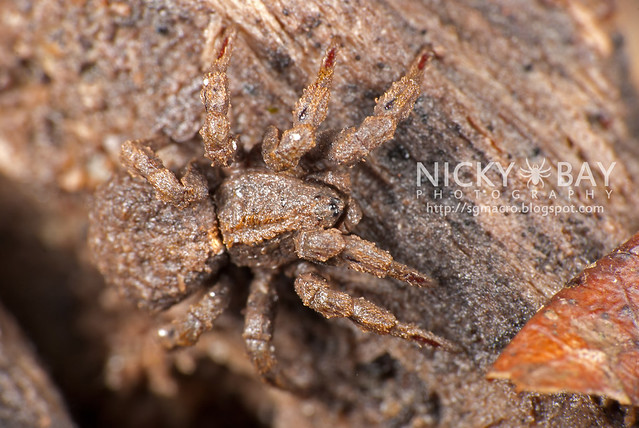 #10 Cryptothele sundaica, found hidden in a tiny crevice on a log. 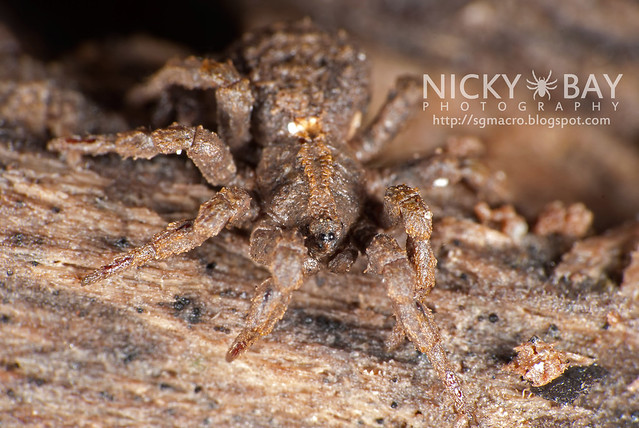 #11 Quite skittish, it moved every time I fired a shot. Disturbed by the flash I suppose. 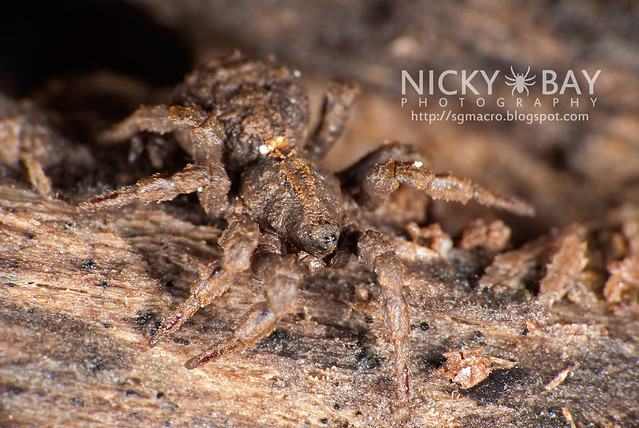 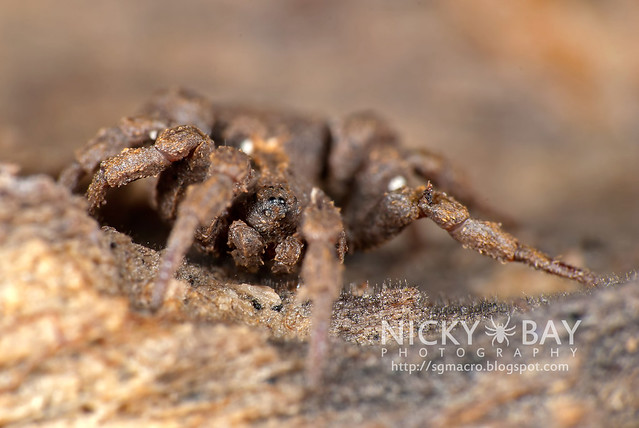 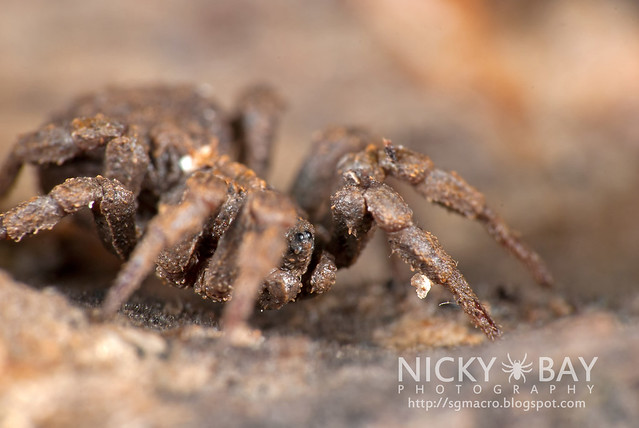 #14 A view slightly to the side 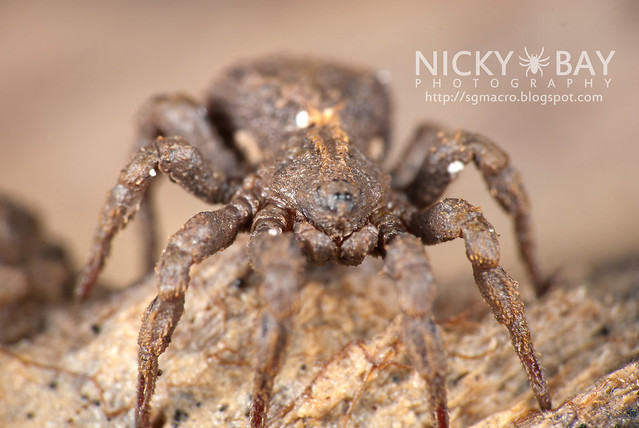 #15 Lovely pose, but the eyes were out of focus! No chance to retake as it moved after every shot. 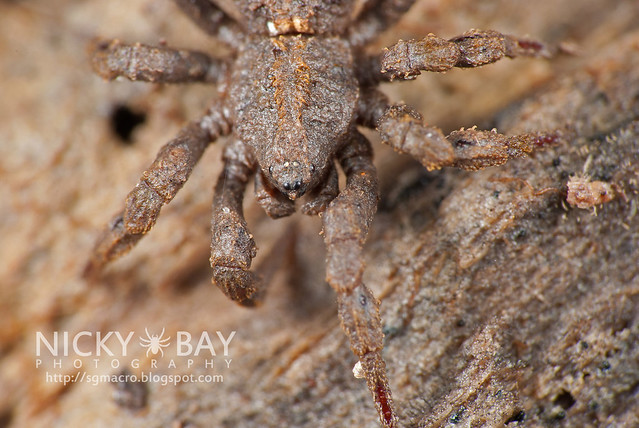 #16 Closeup from the top 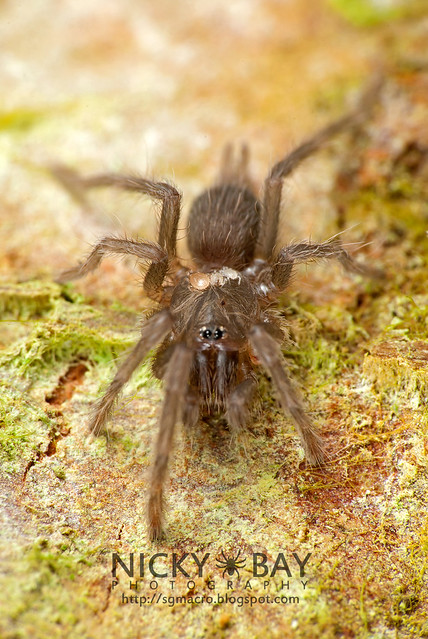 #17 A very small tarantula spotted by James. Very cute! He even pointed out 3 little mites on its back. 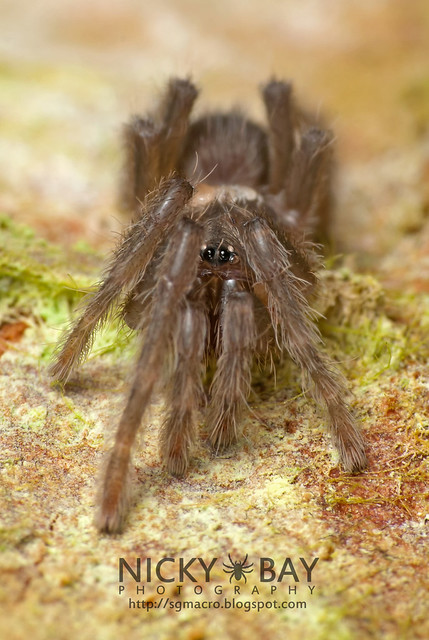 #18 Think it got scared by my flash and closed up 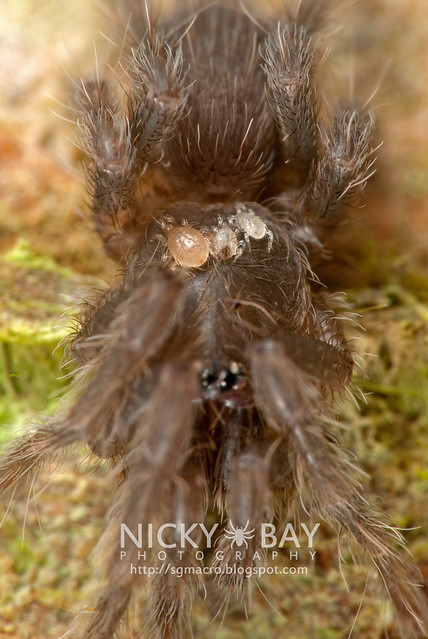 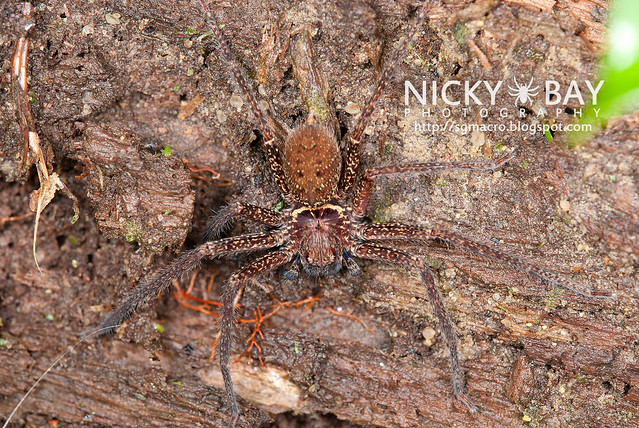 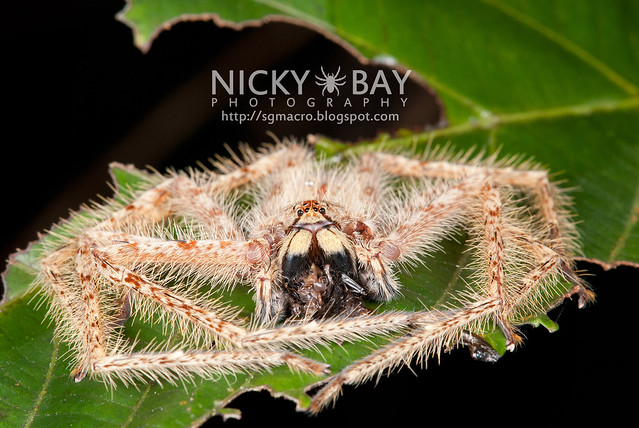 #21 Another huntsman, busy with some food 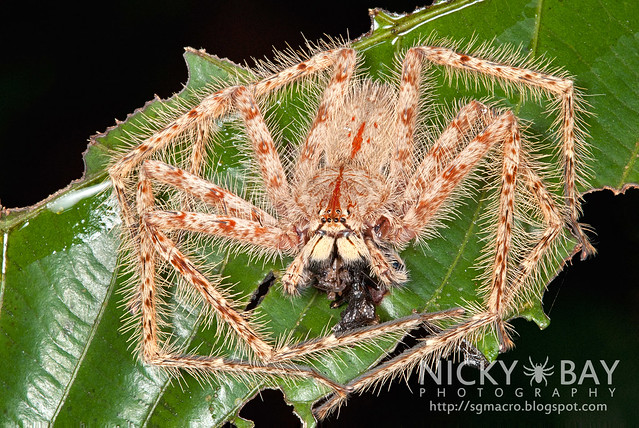 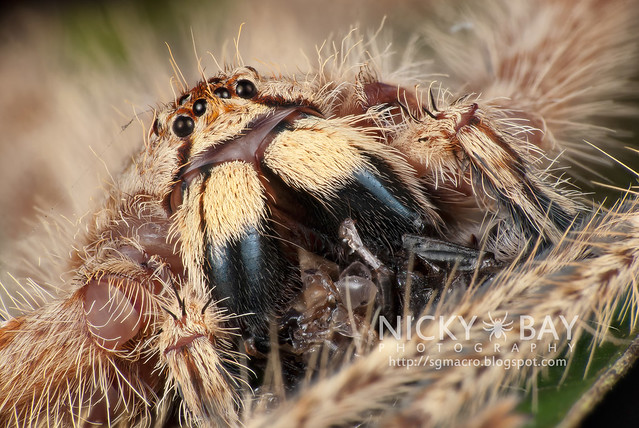 #23 Close up of its face and food. The prey was so mashed up that we literally couldn’t tell head or tail of it 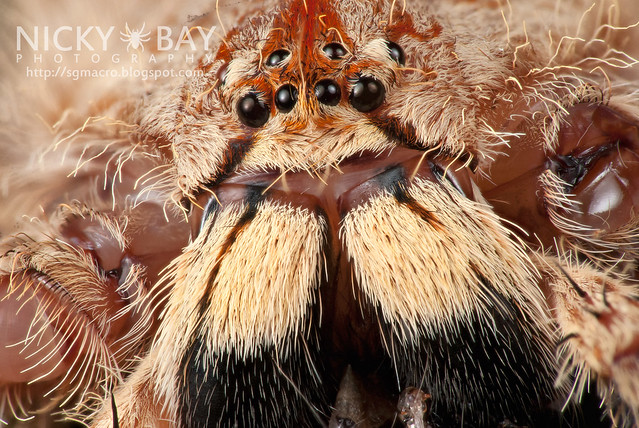 #24 Going closer to the eyes 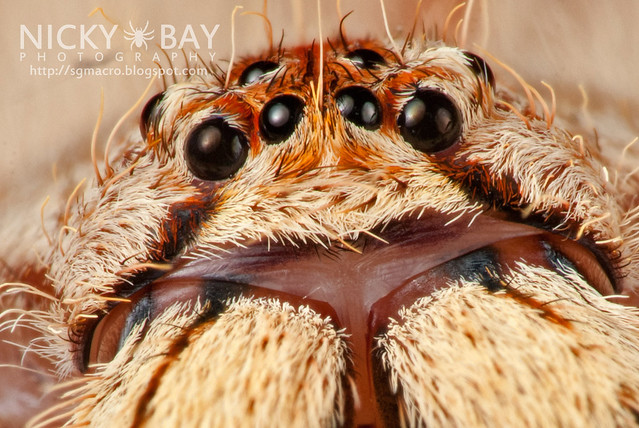 Nangka in the Rain